CHRIS FOY: It was a high-octane game and referee Antonio Lahoz had an outstanding night… the one big decision was the handball shout against Chelsea’s Reece James and he made the right call

This was a high-octane game and he was very impressive.

The one big decision in the 90 minutes was the handball shout against Chelsea’s Reece James and Lahoz got it absolutely right. 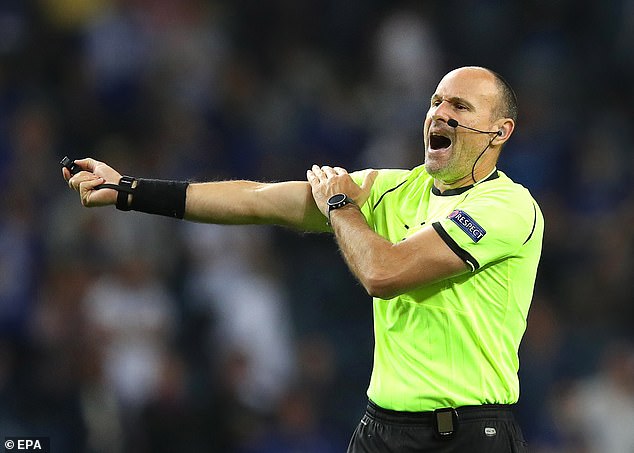 The rule is clear — it is not an offence if the ball touches a player’s hand or arm directly from the player’s own body. City were adamant but so, too, was referee Lahoz, who had real authority in turning down the claim.

Lahoz is hugely experienced — he has refereed Champions League games, big games in Spain — but he would still have been nervous. 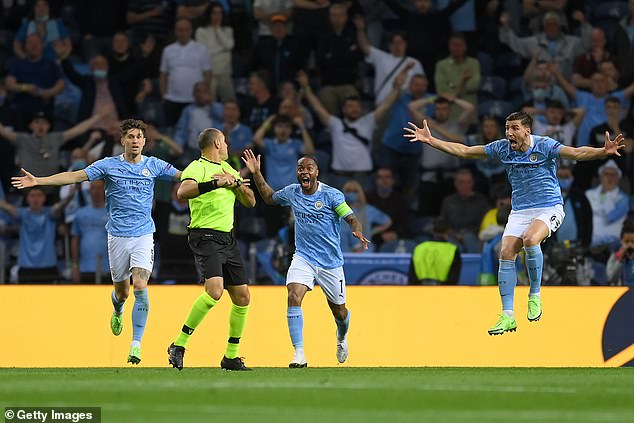 When I got my first decision out of the way in a game I was okay and he will have felt the same.

Lahoz used all his skills and looked completely in control of affairs. There was a frown here, a stern glance there, a glare, a smile — he judged the mood of the game and his involvement perfectly.

He produced one yellow card in the first half and again it was the correct decision for a reckless challenge by Ilkay Gundogan on Mason Mount. Lahoz let play flow and only interfered when he had to.