CHRIS SUTTON’S FORM GUIDE FOR ENGLAND vs DENMARK: Luke Shaw’s crossing has even s got Roberto Carlos’ seal of approval, Jadon Sancho is UNDROPPABLE, while the adventurous Joakim Maehle has been a revelation

It doesn’t get much bigger than this. On Wednesday evening, England will have the chance to book their place in a first final of a major tournament in 55 years.

England will come into the match full of confidence after exacting revenge on Germany and then blowing Ukraine away in the quarter-finals, but Denmark are no slouches and will be dreaming of a place in the final themselves.

Ahead of the spectacle, Sportsmail columnist CHRIS SUTTON rates the two likely line-ups. 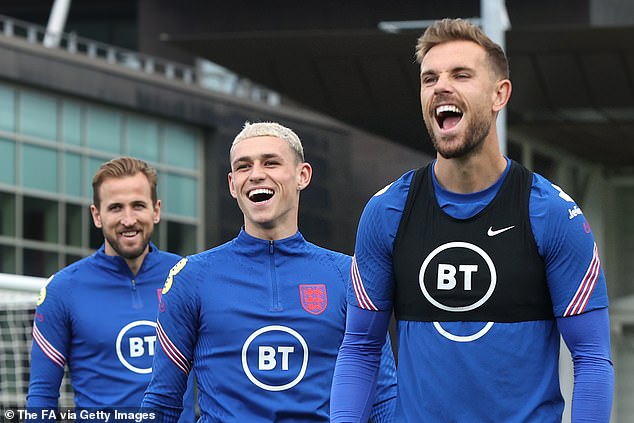 I love seeing Pickford barking at his defenders when they do something he doesn’t like. It says he’s in charge and he wants that sixth clean sheet.

Walker occasionally lost possession against Ukraine, but he’s otherwise been solid. You can’t change a back four that’s kept five clean sheets at a tournament, can you?

He’s been colossal – an ever-present in a defence that’s yet to concede. Impressively, Stones has produced more passes than Kane, Foden, Saka, Sancho and Grealish combined!

In heading home against Ukraine, we saw why Maguire was such a big miss when England were struggling to score from set pieces earlier in this tournament.

Brazilian legend Roberto Carlos applauded Shaw for his last performance and rightly so. He’s been a crucial component on the left-hand side of this back line. 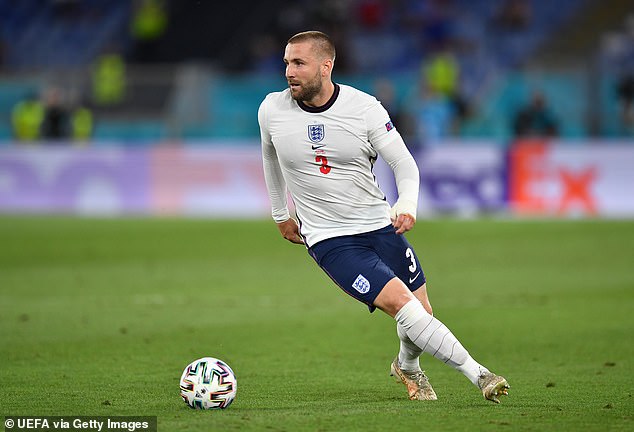 After playing every minute of Euro 2020, it was a blessing that England could rest Phillips after taking their 4-0 lead. What a tournament he’s having.

Rice and Phillips have formed such an alliance that it simply cannot be broken up. He wins the ball then proceeds to move it up the pitch.

A rare sighting of a right-footed right winger! He got his first start of the tournament against Ukraine and didn’t do anything worthy of being dropped. 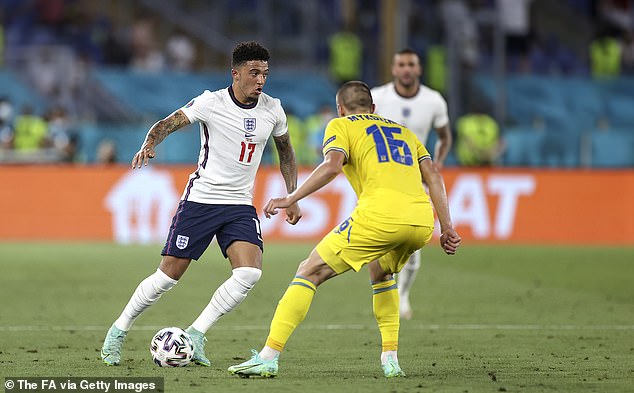 Mount never stops moving. No 10s can be judged on their ability to create, and that’s fair, but he doesn’t get enough credit for his defensive contribution.

To think Sterling came into this tournament under such scrutiny. Plenty of people thought he wasn’t good enough to be starting for England. Now he’s undroppable.

He’s up and running, and you know what? That Golden Boot award is in sight. Kane can score the goals that take England to this Sunday’s final.

Seeing Grealish in the line up would strike fear into the hearts of Denmark. They’d definitely rather see him on the substitutes’ bench. A trickster through and through.

He’s back, he’s healthy, and he even helped himself to a goal by getting on the end of Mount’s corner. Henderson wouldn’t let his country down.

Three substitute appearances for Bellingham at this tournament, but he won’t be fazed by suddenly getting a starting spot. The 18-year-old suits that England shirt. 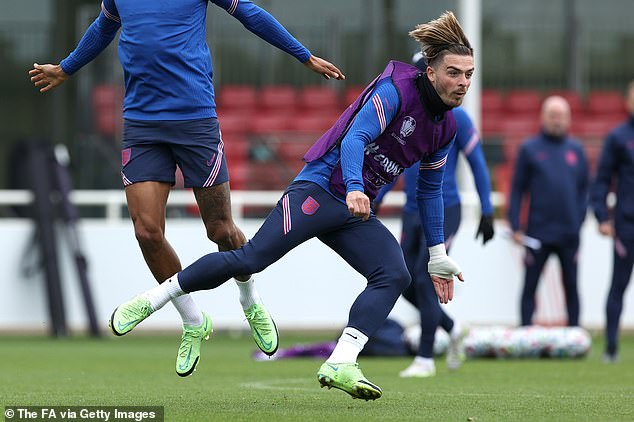 He’s gone blonde like Gazza but not been seen since the Scotland game, largely because others have been taking their chances since. Now it’s his turn.

He surprisingly hasn’t started a game at Euro 2020, but Rashford is the fastest England player to have been clocked at this tournament, at a rapid 20.8mph.

This left-footed right winger can do some damage to Denmark’s defence and on top of that, Saka can help Walker take care of the dangerous Maehle.

This will be the 200th Denmark game with a Schmeichel in goal, with Kasper responsible for 71 of those. We all know how talented this goalkeeper is.

Christensen produced another dominant performance against the Czech Republic. The 25-year-old has really grown into this competition and is looking like an elite-level defender.

He won his 100th cap in Denmark’s 1-0 win over England in October. Kjaer is a rock at the back, but also completely comfortable in possession. 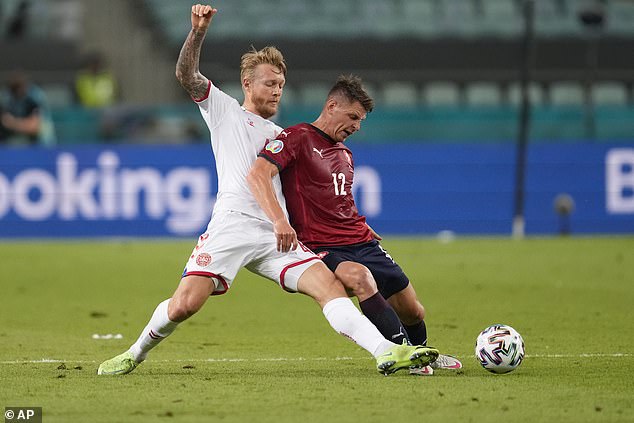 If England are to score from more set pieces, they’ll need to beat this 6ft 6in man-mountain to those crosses. A favourite of manager Kasper Hjulmand’s.

He’s versatile and he’ll run at England down that right-hand side. This Udinese footballer will look to get himself into positions to produce crosses into the area.

Playing in a slightly more advanced role than with Tottenham, Hojbjerg’s got three assists at this tournament. He’s passed the ball more than any other Denmark player.

He picked up the man of the match award against the Czech Republic. Delaney’s a warrior alongside Hojbjerg. He won’t give England an easy ride in midfield.

Maehle, who plays his football for adventurous Atalanta, has been a revelation at this tournament. He’s among the top 10 players for distance covered at Euro 2020. 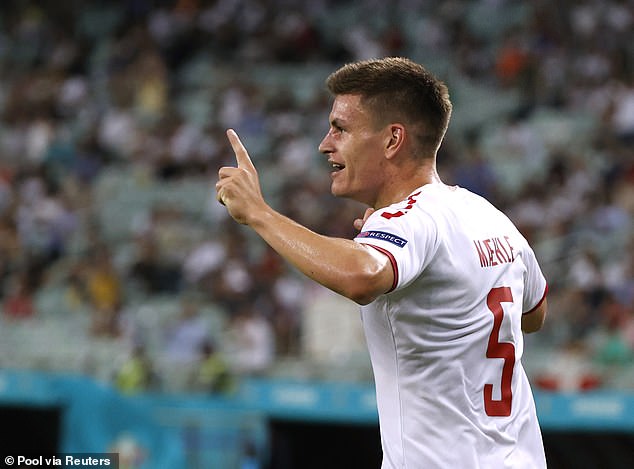 The baby-faced Damsgaard is one of this tournament’s breakout stars. He’s just turned 21 and is being linked with numerous Premier League clubs for a reason.

Middlesbrough fans must be scratching their heads. Is this the same guy who played for them?! He’s started every game at Euro 2020 and will test England.

He didn’t start any of Denmark’s group games but got the nod against Wales and the Czech Republic and scored three goals. He’s in form and confident. 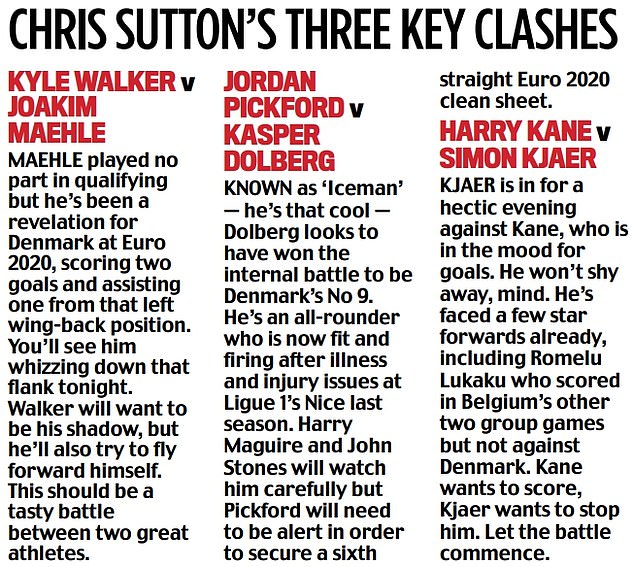