Barcelona and Manchester City are sailing through but Tottenham, United and even Paris Saint-Germain could go out early… the state of play in the Champions League group stages

The Champions League resumes this week with only three clubs – Borussia Dortmund, Barcelona and Juventus – boasting a maximum nine points so far.

For every English club, there is plenty to play for with nobody certain of advancing to the latter stages, and nobody cut adrift.

Sportsmail assesses the state of play in all eight groups… 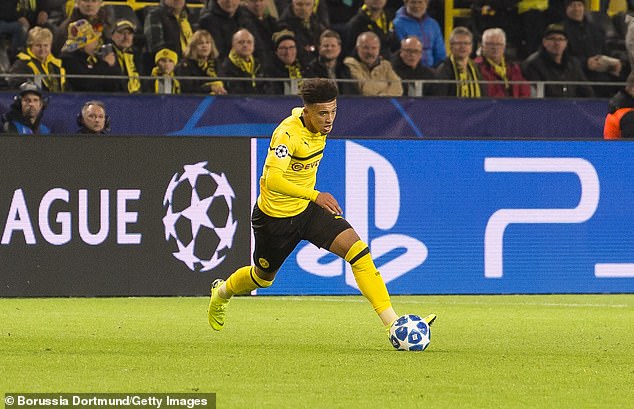 Dortmund, featuring England’s latest international Jadon Sancho, will book their place in the last-16 if they beat Atletico Madrid in Spain on Tuesday, having thumped them 4-0 in the reverse fixture a fortnight ago.

Thierry Henry has endured a sticky start to life as Monaco manager. With one point from three matches so far, they simply have to beat Brugge at home to give themselves any chance. Otherwise Atletico will also go through as expected. 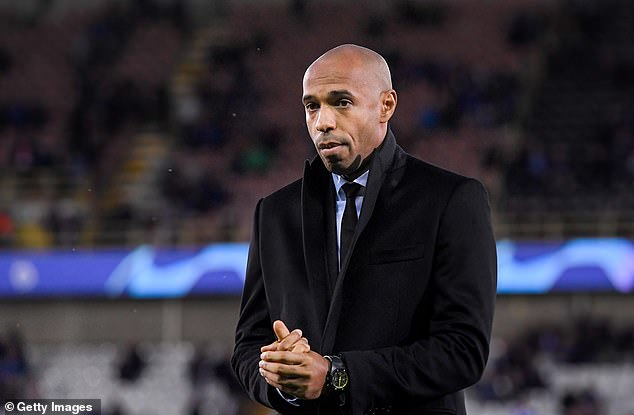 Barcelona made light of missing Lionel Messi in beating Inter Milan last time out though the Argentine may return for Tuesday’s return in the San Siro. A win would put the Catalans into the last-16 and Luis Suarez is bang in form after a Clasico hat-trick.

Spurs cursed a late PSV equaliser in Eindhoven but if they beat the Dutchmen at Wembley, they are back in the game providing Inter don’t beat Barca.

If results go to form this week, the Spurs-Inter clash on November 28 looks key to deciding who also qualifies. 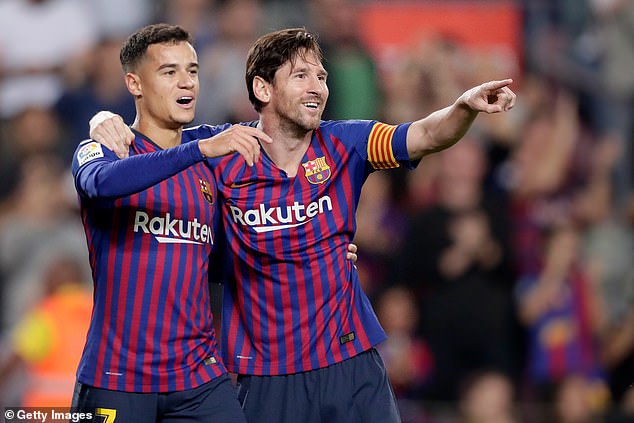 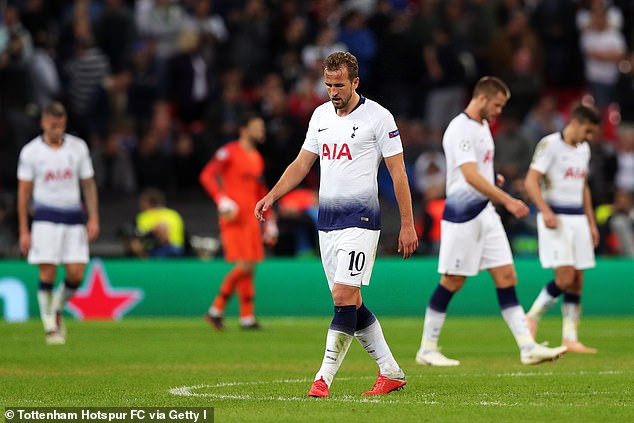 A fascinating group with PSG in third place and in real danger of missing out – they can’t afford to lose in Napoli on Tuesday, an amazing state of affairs considering the money they have splashed out on Kylian Mbappe and Neymar.

Liverpool’s home wins against PSG and Red Star Belgrade puts them in a strong position but that could quickly change if they slip up in Serbia.

Jurgen Klopp will be even more reliant on his famed front three after leaving Xherdan Shaqiri out of his squad because of political sensitivities. 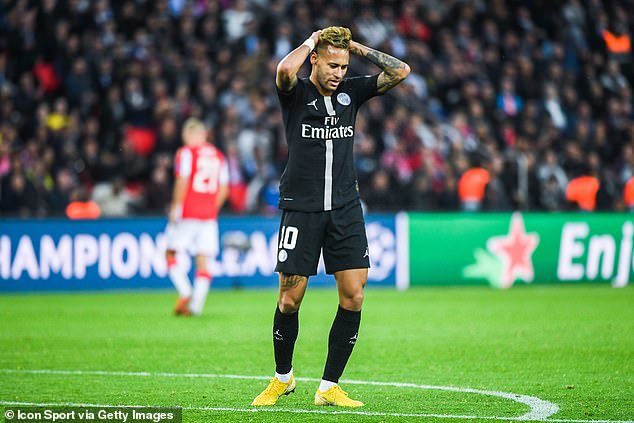 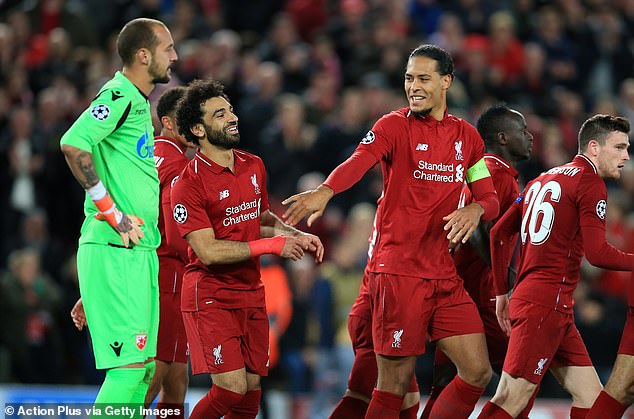 Lacks any of Europe’s big-hitters and Porto have taken full advantage. Victory at home to Lokomotiv Moscow, who are still looking for their first victory, would virtually assure the 2004 winners a place in the knockout stages.

The other spot looks a direct fight between Galatasaray and Schalke. The pair battled out a goalless draw in Istanbul, in which former Manchester City defender Matija Nastasic helped restrict Gala to two shots on target, and the German side will be confident of finishing the job on Tuesday night

Verdict: Porto and Schalke are set for top two unless Gala pull off shock in Germany 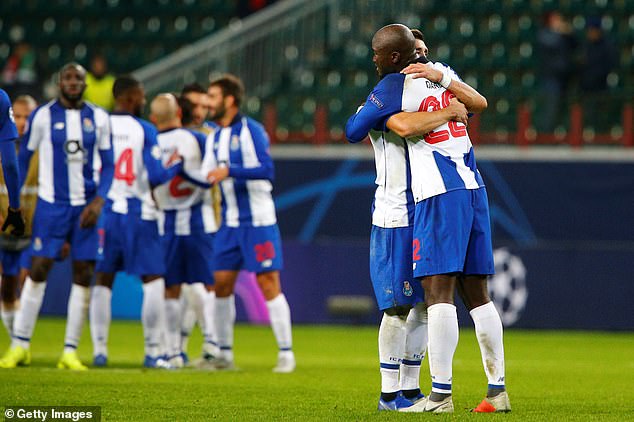 The big surprise is that Bayern Munich aren’t top after three matches but that could change on Wednesday if they beat AEK Athens at home, with Robert Lewandowski still a goal threat. FC Hollywood is the usual soap opera this season with manager Robert Kovac unpopular with parts of the dressing-room.

Ajax have been a breath of fresh air so far and they will qualify if they beat Benfica in Lisbon (Bayern would also go through if both they and Ajax win).

Verdict: Bayern look certainties. Ajax should join them if they avoid defeat in Benfica 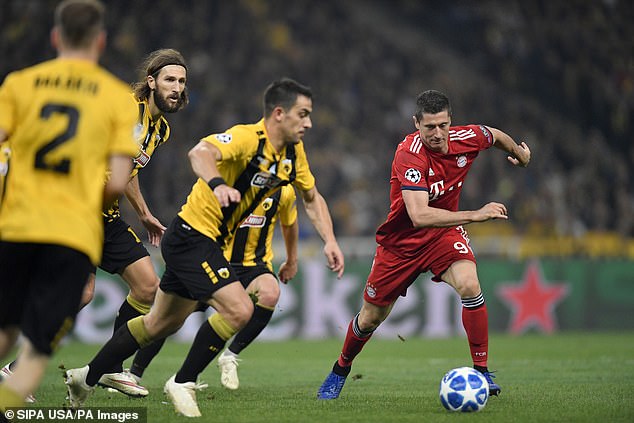 Manchester City have bounced back from an unlikely home defeat against Lyon to win on the road against Hoffenheim and Shakhtar.

They’ll expect to complete the double over the Ukranians on Wednesday, when Pep Guardiola hopes home fans will turn out in their numbers after a lacklustre atmosphere against Lyon.

Lyon themselves haven’t won in the group since beating City but have home advantage against Hoffenheim.

A win would virtually assure their progress to the knockout stages, and ex-Man Utd winger Memphis Depay is in scoring form. Wins for both City and Lyon would guarantee Guardiola’s side a place in the last-16. 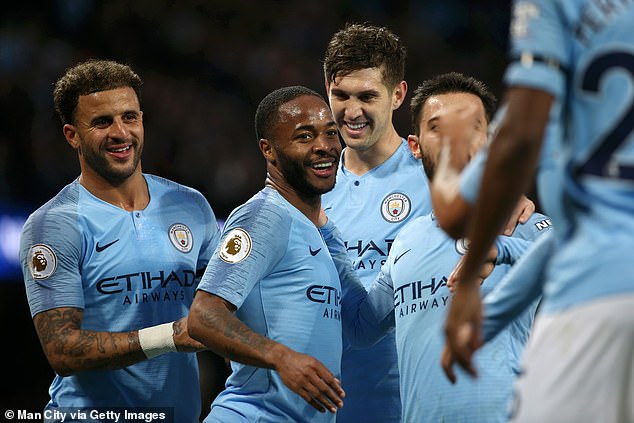 Real Madrid have been one of Europe’s big stories this season, losing Cristiano Ronaldo and firing manager Julen Lopetegui.

CSKA Moscow v Roma is one of the most intriguing games of the week, with both clubs having aspirations of joining Real in the last-16.

Nobody has scored more Champions League goals this season than ex-Manchester City forward Edin Dzeko but CSKA’s new hero is Nikola Vlasic, on loan from Everton. He scored the winner against Madrid.

Verdict: Real Madrid and Roma will ease through if they get away results this week 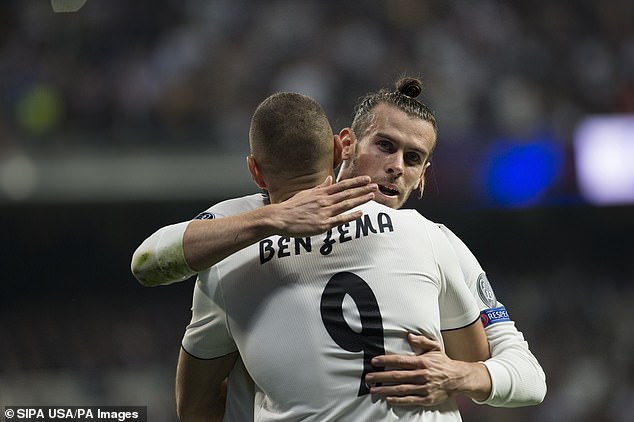 Despite a turbulent start to the season, champions Real Madrid are top of Group G

Manchester United have failed to score in either of their home games so far but even another defeat against Juventus in Turin on Wednesday won’t kill their chances – the final group game away to Valencia on December 12 looks key.

Juventus have looked outstanding so far with Giorgio Chiellini stopping goals and Paulo Dybala scoring them. Anything other than defeat in Turin sends them through.

Valencia will hope on-loan Chelsea striker Michy Batshuayi can follow up his goal away to Young Boys with one or two more in the home leg. The Belgian has only netted twice in 15 appearances for his new club this season, though half them have been off the bench.

Verdict: Juve through with a draw vs United. Mourinho fighting Valencia for second 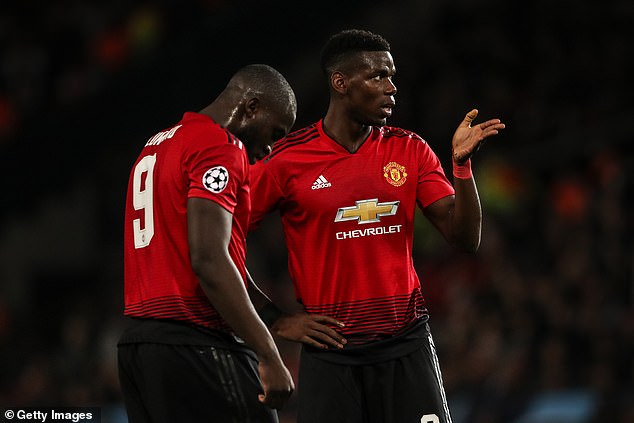