John Stones, playing as the right centre half for Manchester City against Leeds on Saturday, did not make a single tackle and was part of the losing side against a team who were only promoted last year.

Although neither goal was directly his fault, he could not prevent midfielder Stuart Dallas scoring twice and the team’s defending did not do much to persuade boss Pep Guardiola he can rest the talismanic Ruben Dias with impunity.

But the match – although unlikely to dent City’s relentless march to another title or to save the now top-half Leeds from relegation – also represented the apogee of Guardiola’s evolution and redefinition of what a defender, like Stones, should do. 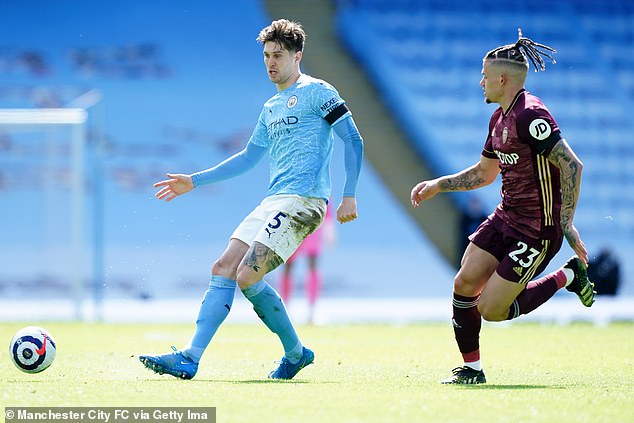 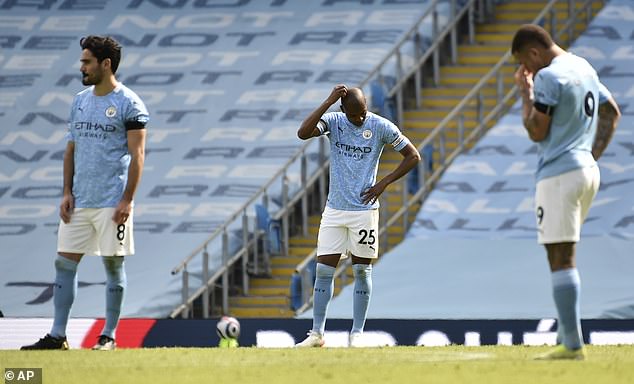 The Spaniard’s glittering record and trophy cabinet as both a player and manager stands for itself, but his tactical innovations will also colour his extraordinary legacy. Important among them is how he uses his defenders.

English football can be resistant to change, especially when it comes to ‘the basics’. Playing out from the back is still viewed with suspicion, with pundits echoing Sunday League refrains like ‘if in doubt, get it out’ and urging defenders only to step out when the time and place is right. But when is the time and where is the place?

According to analytics expert Tom Worville, Stones has carried the ball 698 metres in the opposition half, a huge 111 metres more than any other player in any other Premier League game this season – including Jack Grealish, who he replaced as No 1. 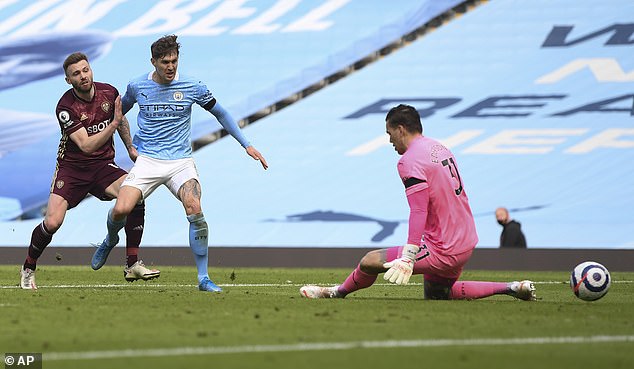 Stones could not prevent Stuart Dallas scoring twice, arguably his primary role as a defender 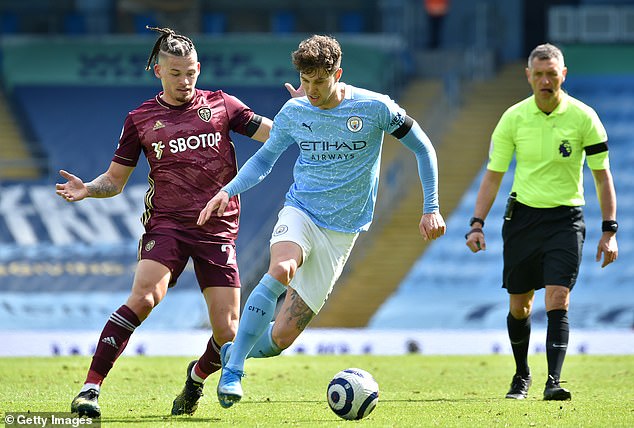 But the 26-year-old has a more creative role under Pep Guardiola, focused on starting attacks

Stones did not have a single involvement behind the centre circle for 35 minutes from the 55th minute to the 90th. He had four shots – double the entire Leeds team’s efforts – and made 65 passes in the Leeds half, more than any other player on the pitch.

For context, in the 2009-10 campaign Chelsea’s Ricardo Carvalho was the Premier League centre back playing the most passes in the opposition half on average, with 17.7 per 90 minutes. Stones is currently averaging a fraction more than 32, and on Saturday reached more than double that figure.

These statistics, as astonishing as they are, do not represent a lone wolf doing as he pleases; they are part of the tactical playbook. Jan Kirchhoff, who played under Guardiola at Bayern Munich, said in 2020: ‘A Pep defender is never just a defender’.

Clearly, the red card had an effect. Leeds saw captain and defensive organiser Liam Cooper sent off in first-half stoppage time, not only depriving the visitors of a man but also lone striker Patrick Bamford, taken off for Pascal Struijk to replace Cooper. 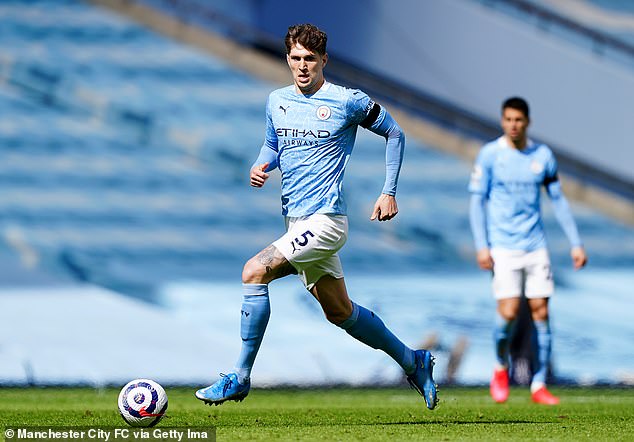 Leeds turned to a sort of 4-1-3-1 or 4-1-4, and then forward Tyler Roberts was replaced by another centre back in Robin Koch just after the hour, essentially giving Stones the kind of time and space he is unlikely to experience very often.

But that should not detract from Stones’ remarkable match. He dribbled like a winger up to the opposition penalty area, ducking and diving past would-be tacklers, unafraid to start attacks rather than let another prodigious City talent have a go.

His passing was also ambitious, with 55 of his 88 total passes going forward, and 53 of those 55 completed. These were not sideways taps of the ball to centre back partner Nathan Ake, but incisive, line-breaking, dangerous forward passes.

Football traditionalists might look at his failure to get close to Helder Costa, Bamford or Dallas in the build-up to Leeds’ opener, or being held off a little easily by the Northern Irishman before the late winner. 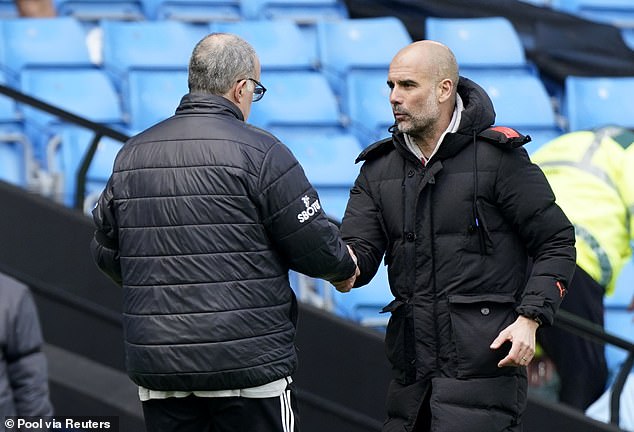 Guardiola saw his team end up losing to Marcelo Bielsa’s side, who only had two shots all game 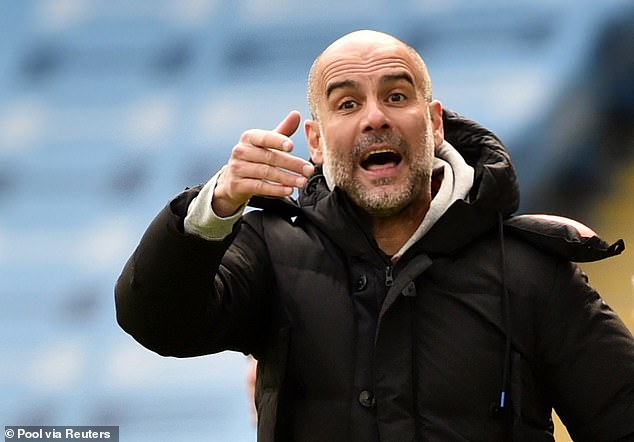 Yet City’s players were desperately going for the game, with centre-back partner Fernandinho marooned in midfield, and Stones well placed in terms of both his field position and also to cut out Ezgjan Alioski’s through ball. As it happens, Dallas out-ran the Brazilian from deep, and Alioski’s ball was on the money. 2-1 from two shots.

The absent Dias, rested for City’s crucial second leg Champions League tie against Borussia Dortmund this week, is hardly a clogger. But Stones is the more expressive of the two, and would also be in the same position alongside his probable England Euros partner Harry Maguire.

Stones was fifth-choice centre-back for his club at points this season and last, out of the England picture, and short of confidence after several high-profile errors. After watching him this weekend, no-one could accuse him of not believing in himself.

Spare a thought for the Leeds centre-backs, with Diego Llorente forced to repel wave after wave of City attacks with Cooper, then Struijk, then Struijk and Koch, who was returning from injury. The Spaniard, in particular, was no less excellent than Stones on his seventh consecutive start after his initial injury struggles. 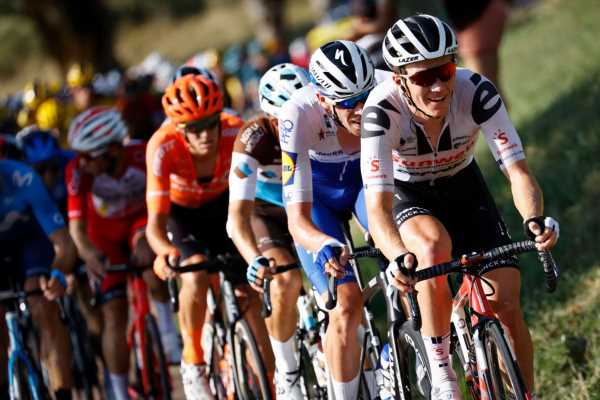