Steve Clarke hailed his Scotland heroes after they secured Nations League glory against Ukraine in Krakow.

Beset by all manner of injury and illness problems in the build-up, the Scots fought magnificently despite being down to the bare bones. Clarke lavished praise on the defensive heroics of Ryan Porteous and Jack Hendry, in particular, branding the pair ‘outstanding’.

Hibs star Porteous, handed an international debut, was immense at the back alongside Hendry as Scotland clinched the point they needed to win their group. 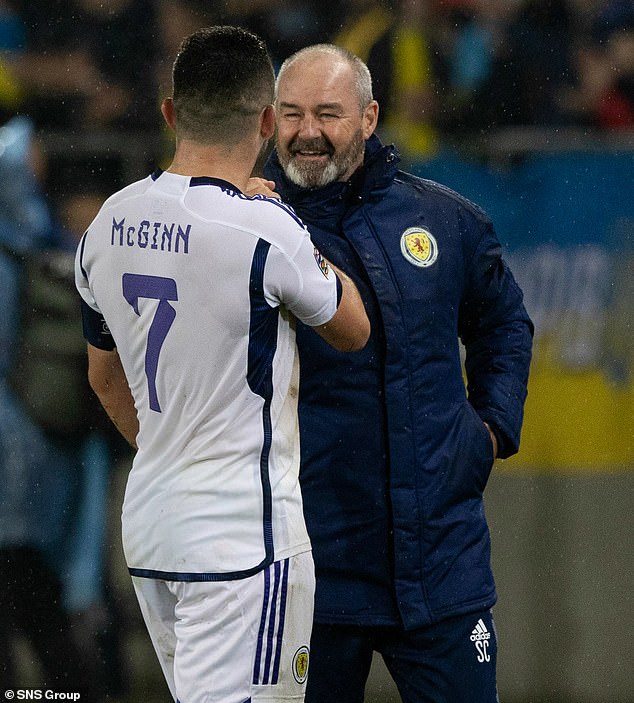 They are now promoted to Group A and have the safety net of a play-off for Euro 2024 to fall back on.

They will also go into Pot Two for the main European qualifying draw — and Clarke was delighted with the effort shown by his players.

‘We wanted to show people that what happened in the summer wasn’t us’, he said in reference to defeats to Ukraine and the Republic of Ireland in the World Cup play-offs and Nations League respectively.

‘We wanted to be better this week. We pressed a big button to reset. Three fantastic performances, all different, but all vital. 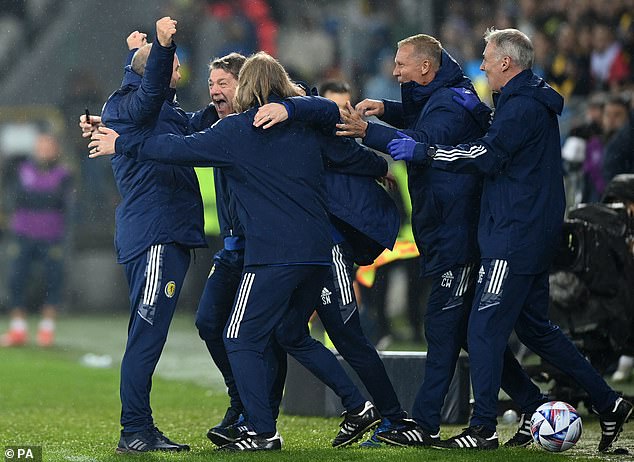 ‘Ryan Porteous was outstanding for a debut. I’m so pleased for the boy, it shows that he listens that he learns.

‘I’m also so pleased for Jack Hendry – it was a big ask for Jack. Everyone expects Callum McGregor and John McGinn to play three games with that intensity.

‘But I had to ask Jack to do that again – he was struggling a bit with a cold, but he was outstanding in all three games.

‘Ukraine are a very good team, we knew they’d have moments in the game and ask Craig [Gordon] to make saves – he did that as he always does.’ 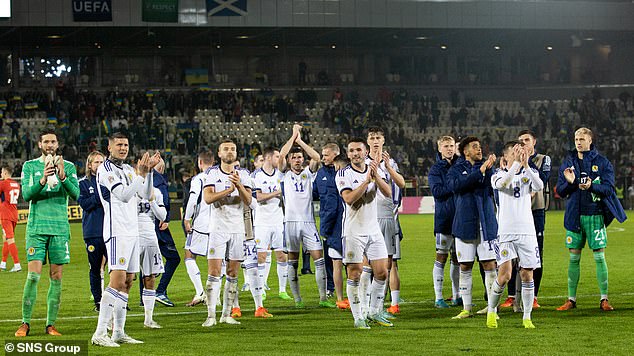 Scotland will be in among the big guns of European football when they are promoted to Group A of the Nations League.

Tuesday night’s goalless draw in Krakow rounded off an excellent week for Clarke’s side, on the back of victories over Ukraine and the Republic of Ireland at Hampden.

Clarke was delighted to see his players show grit and desire to overcome a sickness bug which had ripped through the camp on the eve of the match.

He also insisted that Scotland should be looking to qualify for the next Euros directly, rather than relying on the play-off. 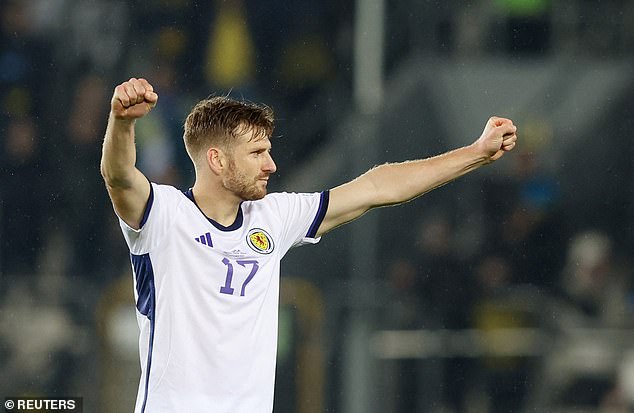 ‘Sometimes that can galvanise you. Maybe I over-egged it a bit to galvanise us,’ he said. ‘It was a big night for us. We wanted to win the section.

‘I sat down with my staff and said we had to be more demanding of the players (after the summer). These players are desperate to do well for their country and have taken it on board.

‘I told them to take us to the next step, to make sure we do. This will make us feel good about ourselves. The supporters, too. The connection between players and supporters is fantastic.

‘I don’t want to stop. We want to keep getting better and better. The play-off is secured, but I don’t think we’ll need it.’ 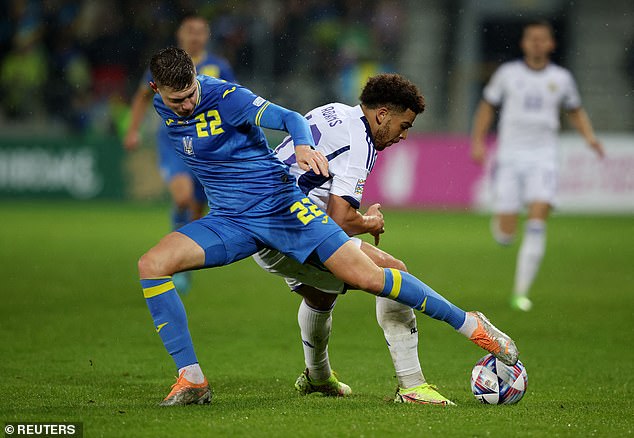 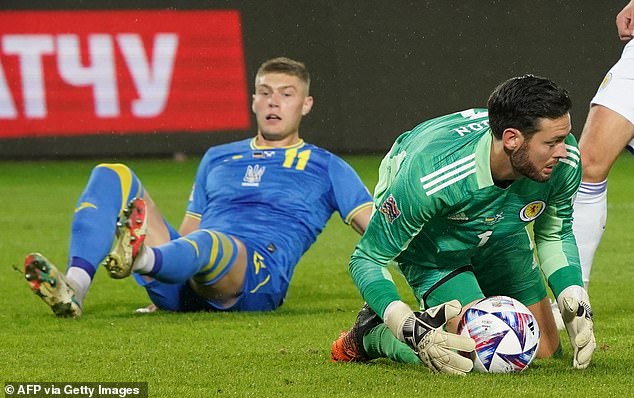