‘It’s not easy to prepare for this game’: Leicester boss Claude Puel reflects on his side’s build-up to Burnley clash which involved a 30-hour round-trip to Vichai Srivaddhanaprabha’s funeral

Claude Puel said football came second to family this week with Leicester’s preparations for Burnley outweighed by the need to travel to Thailand for Vichai Srivaddhanaprabha’s funeral.

The Leicester manager, his coaching staff, and 17 players made the 30-hour round-trip to Bangkok to pay their respects to the chairman who transformed the club.

The team flew straight from Cardiff on Saturday night, forgoing the usual recuperation session 24 hours after a game, and arrived back on Tuesday morning. It included two seven-hour flights each way with an hour layover in Dubai for refueling. 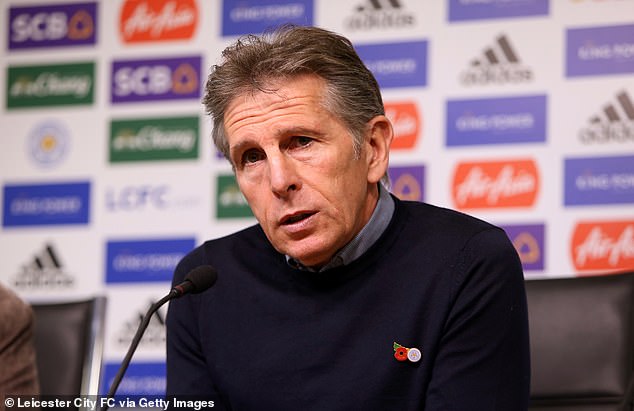 They only undertook light sessions on Wednesday and Thursday and will have tactical training on Friday – far from ideal from a purely athletic aspect.

But Puel said it was important to make the journey and believes the emotional experience has brought his players even closer together.

‘It was a full week about different things,’ Puel said. ‘The first thing of course was our journey to Vichai’s funeral.

‘It was long but very important for us – the players and staff – to support Vichai’s family.

‘We cannot make a lot of training sessions but we have a good energy. This journey was good for us. All this togetherness, we showed out positive attitude.

‘It’s not easy to prepare for this game. Our spirit and all the support from our fans will be important.

‘We will see to try to manage this moment in the right way. I saw my players with good maturity, with character, with a lot of soul.

‘They keep their way, their focus, there’s a lot of emotions also and they’ve learned a lot about themselves.’ 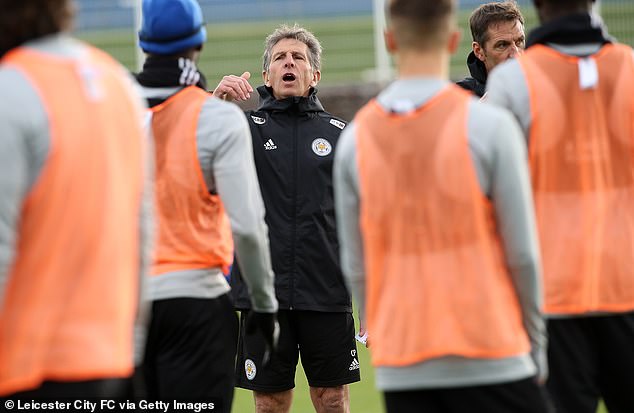 Harry Maguire picked up a knee injury against Cardiff and will be out for ‘weeks’ said Puel.

James Maddison will also miss the Burnley game and England’s internationals because of a problem that became apparent on the flight out to Thailand.

‘It will be a few weeks, we will make a point about his comeback after the international break,’ said Puel on Maguire.

On Maddison he said: ‘He feels something the day after the Cardiff game. It’s not too serious but he will not play this game. It’s damage in the ligaments behind his knee.’ 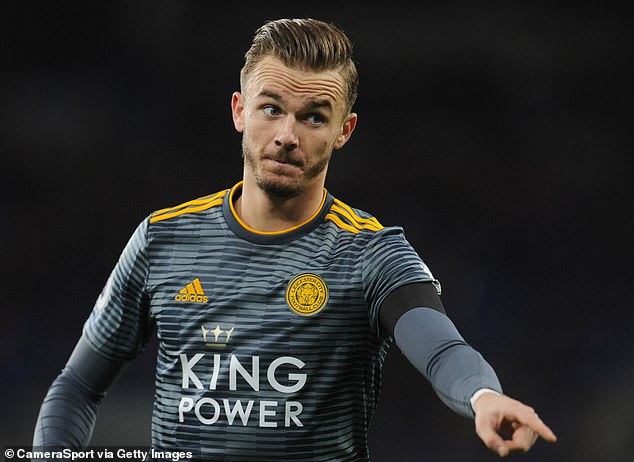 James Maddison, pictured in action against Cardiff last weekend, will not play against Burnley