Washington was substituted just a few minutes into Charlton’s 2-2 draw at AFC Wimbledon in League One on Saturday.

“He’s got a problem with his hamstring or lower back so that’s got to be assessed,” new Charlton manager Nigel Adkins said on the club’s website.

Washington, who had scored four goals in the three matches prior to Saturday, has four goals in 29 appearances for Northern Ireland.

The 28-year-old was one of six forwards named in Ian Baraclough’s 26-strong group for this month’s international triple-header. 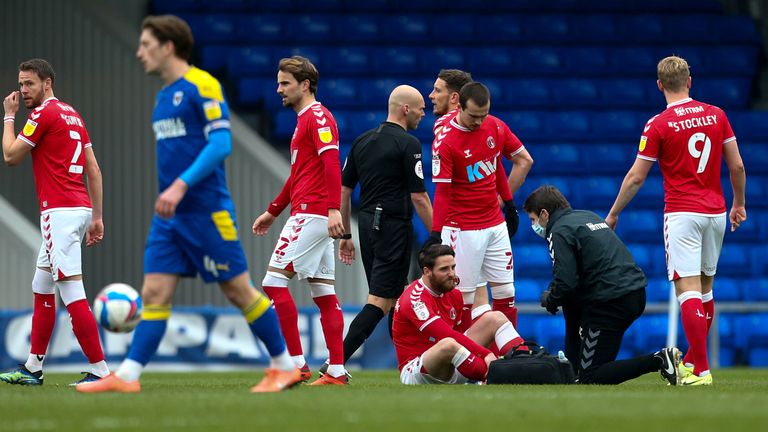 However, Liam Boyce is expected to be a late arrival into camp as he awaits the birth of his second child.

That could give an early opportunity to Accrington’s Dion Charles after the 25-year-old was handed his first senior call-up.

Northern Ireland face Italy in Parma on Thursday before returning to Windsor Park for a friendly against the United States on Sunday.

They play their second World Cup qualifier against Bulgaria at home on March 31.