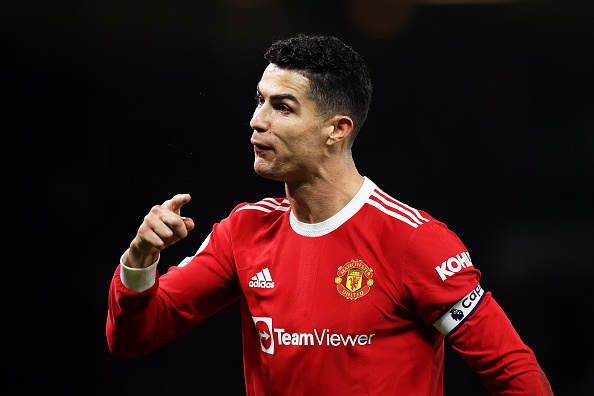 Cristiano Ronaldo has reiterated he only rejoined Manchester United with a view to adding to his trophy collection and claimed anything less than a third place finish would be unacceptable.

United were expected to mount a credible title challenge this season having brought in the likes of Raphael Varane and Jadon Sancho in the summer, as well as their returning icon.

While Ronaldo has maintained his elite goalscoring standards, the Red Devils have struggled for consistency and were forced into a change of management in November with Ole Gunnar Solskjaer paying the price for a dismal run of results which culminated in a 4-1 thrashing at Watford.

Ralf Rangnick was appointed last month but his impact has been far from instantaneous with United still languishing in seventh place, six points adrift of fourth place.

Automatic Champions League qualification looks to be a remote possibility at this stage and anything less would represent failure according to the 36-year-old, who has scored 14 goals this season in all competitions.

‘We are capable to change things now. I don’t know the specific way I’m a player, not the coach, the president, I know the way but I’m not going to mention it here because I think it’s not ethic [sic] from my part to say that.

‘What I can say and something I can say we are in control, we can do it better, all of us. Manchester belongs in important things, we have to change that.

‘I don’t want to be here in a club to fight to be in sixth or seventh or fifth place, I’m here to try to win, to compete.

‘I think we compete but we are not yet at our best level. Long way to improve and I believe if we change our mind, we can achieve big things.’