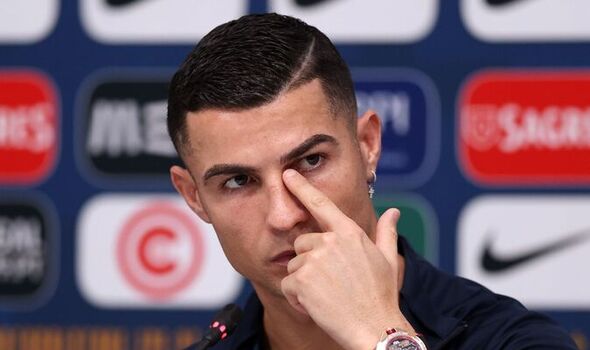 Cristiano Ronaldo is reportedly ‘torn between’ Newcastle and Al-Nassr FC as he bids to decide his next move after leaving Manchester United. The 37-year-old confirmed in a brief yet heartfelt statement that he has now departed Old Trafford following the mutual termination of his contract which had been due to expire at the end of the current season.

Ronaldo is believed to be satisfied with the outcome having tried to leave United in the summer but to no avail.

CR7 claims he felt he was being forced out of the club – which is why he intended to explore the possibility of moving onto pastures new – as super agent Jorge Mendes offered him around to the likes of Chelsea, Napoli and Bayern Munich.

According to MARCA, Ronaldo is now weighing up a move to one of two destinations – Newcastle or Al-Nassr, who are prepared to offer the veteran a life-changing contract.

Ideally, Ronaldo would seemingly like to remain in Europe and play in the Champions League but that is no longer a guarantee, despite his legendary status.

Both Newcastle and Middle Eastern club Al-Nassr are owned by Saudi prince Mohammed Bin Salman, who would love to sign the superstar for one of his projects.

Ronaldo will not be able to play for another side until January 2 when the winter transfer window opens – even though he is now technically a free agent.

It was recently reported that Newcastle held talks over a move for Ronaldo as recently as last month, although it’s unclear whether they would be willing to make a move for the five-time Ballon d’Or winner, who would shatter their wage structure.

However, it is the kind of signing that would mark the new regime in style and given all that Ronaldo has achieved within the game, signing him on a free transfer is certainly an opportunity worth considering.

Ronaldo confirmed he would be leaving Old Trafford during a statement that read: “Following talks with Manchester United, we’ve mutually agreed to end our contract.

“I love Manchester United and I love the fans, that will never ever change. It feels like the right time to seek a new challenge. I wish Man Utd all the best.”

The free agent confirmed during his explosive interview with Piers Morgan that he rejected a lucrative offer from the Middle East this summer, which was understood to be worth an estimated £300m.

“It’s true, yes it’s true… but what the press keep saying, the garbage, is that nobody wants me, which is completely wrong,” Ronaldo told TALKTV.

“And I was happy here to be honest, I was motivated to do a great season here. But they continue to repeat that nobody wants Cristiano.

“How they don’t want a player who scored 32 goals last year, with the national team as well?”

Explaining his decision to reject the proposal, CR7 added: “It’s hard, it’s hard. But in the same way, I thought that I was very happy here; that I am still capable of scoring goals.