Croatia 1-0 Saudi Arabia: Hoffenheim attacker Andrej Kramaric scores late winner as the 2018 World Cup finalists go into Qatar on a high ahead of their opener against Morocco next week

Croatia had a successful pre-World Cup warm-up as they beat Saudi Arabia 1-0 in a friendly, days before the tournament gets underway.

Hoffenheim attacker Andrej Kramaric game off the bench to score a late winner for the beaten 2018 World Cup finalists.

Zlatko Dalic’s side struggled in the first-half as they started a largely second-string side against Saudi Arabia who are also featuring in Qatar. 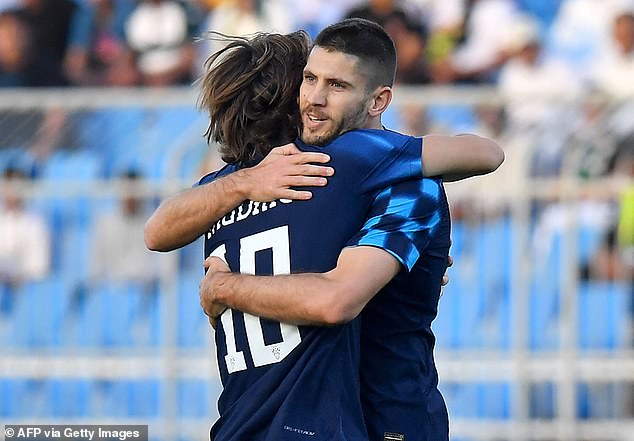 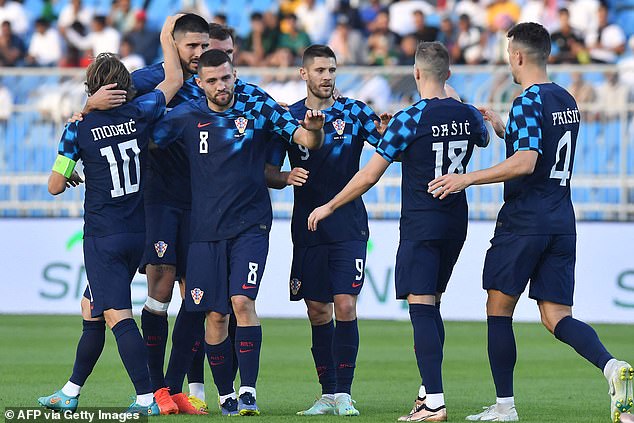 Saudi Arabia created the better chances in the first-half before the game turned when Croatia brought on Mateo Kovacicand Mislav Orcic at the start of the second period.

Orsic had a shot which went well wide before Marcelo Brozovic went closest with an effort which shaved the post.

Saudi Arabia then had a pair of big opportunities, with one chance from close range going over the bar, before they hit the post on the 72nd minute.

Croatia strengthened their side further with the additions of Kramaric and Real Madrid midfielder Luka Modric. 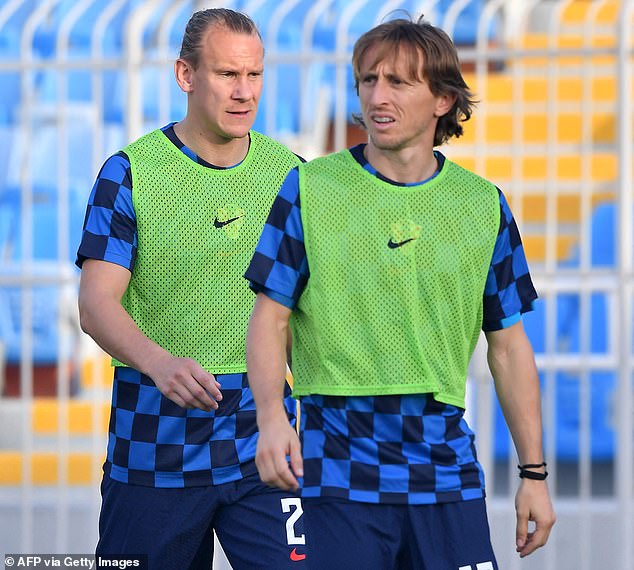 Kramaric found the back of the net but his tap in was ruled out for offside.

But in the 83rd minute he beat two players and fired into the bottom right-hand corner to seal the victory in Saudi Arabia.

Only goalkeeper Dominik Livakovic and midfield Brozovic from the starting line-up are expected to start a week today in their opener with Morocco.

Croatia’s group also consists of Canada and Belgium, and they are widely expected to make the Round of 16.

Saudi Arabia meanwhile play Argentina in their World Cup opener on Tuesday, in a group which also involves Poland and Mexico.