Garth Crooks has opted to include two players each from Manchester United and Everton in his BBC Team of the Week while selecting just one from Liverpool and none from early Premier League pacesetters Arsenal. The Red Devils overcame the Gunners 3-1 in a thriller at Old Trafford on Sunday while the Toffees claimed a point following a goalless stalemate in the first Merseyside derby of the season.

Erik ten Hag’s team continued their recent revival against Mikel Arteta’s men as a debut strike from Antony and a Marcus Rashford double saw Arsenal’s perfect start to the season spoiled. Not only was the latter’s brace enough to see him rewarded with a spot in Crooks’ Team of the Week, but it also saw the BBC pundit claim Ten Hag’s decision to continue to select the England international ahead of five-time Ballon d’Or winner Cristiano Ronaldo has been justified.

Rashford was joined in Crooks’ line-up by United team-mate Christian Eriksen, who the BBC veteran lauded for providing the “touch of class” Ten Hag’s side required to open Arsenal up. In contrast, the Gunners, who put in a battling display at Old Trafford and were allegedly the “better team” according to striker Gabriel Jesus, didn’t have any players in Crooks’ team for the first time this season. 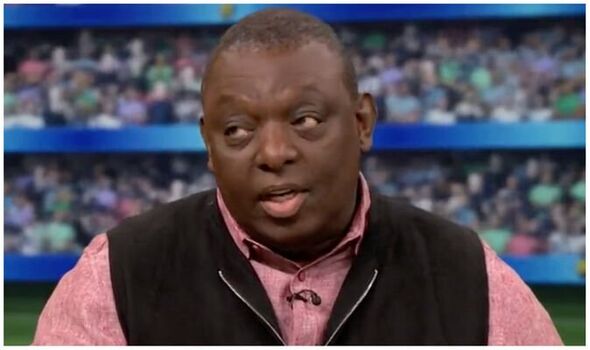 Alongside United as the most represented side this week was Frank Lampard’s Everton. The Toffees produced a tenacious display against bitter city rivals Liverpool and were unfortunate not to claim their maiden Premier League win of the new season at Goodison Park on Saturday.

Crooks branded the weekend’s goalless Merseyside derby as “cracking” while opting to include three players who starred in the fiercely-contested contest. The 64-year-old hailed Jordan Pickford for his display and “three fabulous saves” in particular, but also expressed fears over the England No 1 going forward. 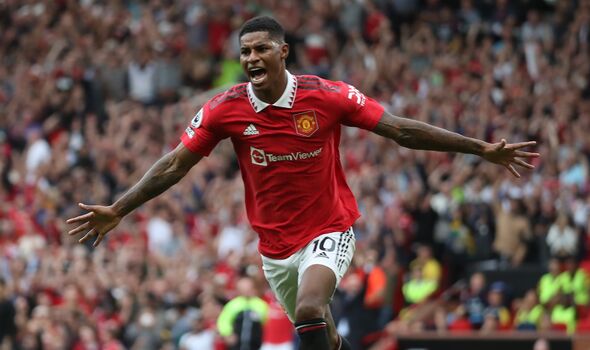 He said: “Pickford looks in good form at the moment and he was outstanding against Liverpool but that’s when I start to get very nervous about his performances. If he can retain this level of consistency then Everton and England will benefit enormously. Sadly, however, I can’t help feeling there’s always a mistake in Pickford especially when he’s been playing well.”

Crooks also included Pickford’s new Toffees team-mate Conor Coady in his Team of the Week and admitted he “still can’t quite work out” why Wolves loaned out the England centre-back this season. Joe Gomez was the sole Liverpool representative in Crooks’ side and was praised for being a player Reds boss Jurgen Klopp can “trust”, with the usually dominant Virgil van Dijk “not at his best at the moment”.