Arsenal’s 11-game winning run came to an end at Crystal Palace, who scored from the penalty spot twice in a pulsating 2-2 draw on Super Sunday.

Luka Milivojevic, who missed a penalty in the defeat at Everton, put Palace in front from 12 yards (45+1) but a stunning free-kick from Granit Xhaka (51) and a controversial Pierre-Emerick Aubameyang goal (56) – Alexandre Lacazette appeared to handle in the build-up – seemed to put Arsenal on their way to a record-breaking 12th straight win in all competitions.

However, Wilfried Zaha teased Xhaka into a debatable foul inside the box and Milivojevic stayed cool once again (83) to register Palace’s first point at Selhurst Park this season.

The players sported black armbands with both clubs paying respect to those affected by the helicopter crash at Leicester City.

Man of the match: Wilfried Zaha

Palace started brightly with Zaha hitting the post and Andros Townsend firing wide after a free-flowing move down the left wing.

The opening goal came just before the break when Shokrtran Mustafi needlessly tripped Cheikhou Kouyate inside the area. Milivojevic made amends for his miss at Goodison Park, finding the bottom corner with a perfect penalty.

Pierre-Emerick Aubameyang returned to the starting line-up in one of two changes made by Unai Emery as Matteo Guendouzi was handed a start. Roy Hodgson brought Andre Ayew back into the fold to lead the line.

Arsenal responded after the break and were level inside six minutes, Xhaka thumping home a free-kick past Wayne Hennessey from the corner of the box. 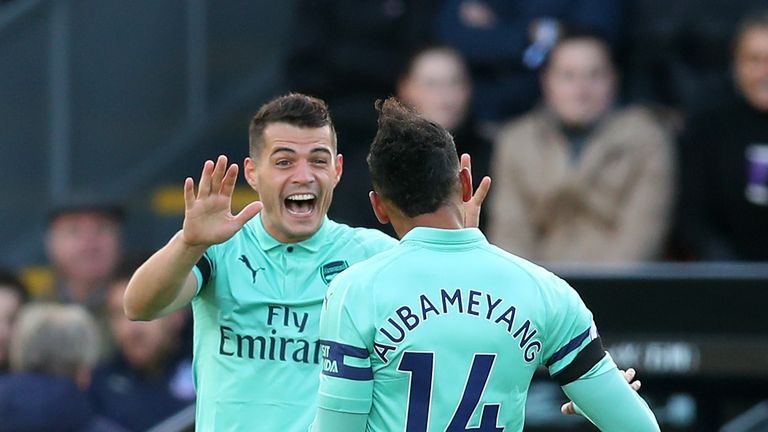 The visitors were galvanised by the goal and found their stride. Five minutes later they were ahead, but it was shrouded in controversy.

Lacazette appeared to use his hand to guide the ball towards Aubameyang, who forced the ball towards goal. It looked borderline whether it had crossed the line but goalline technology proved it had by just 11 millimetres. 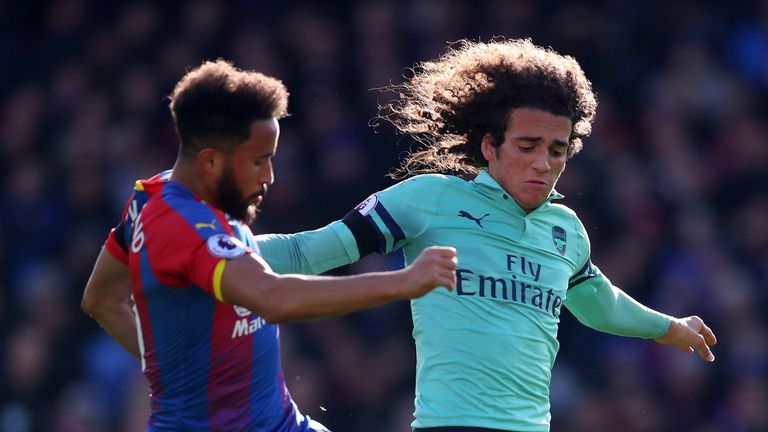 Arsenal could not find the required quality on the counter to get a decisive third goal and Zaha, who had been a constant menace, provided the game-changing moment with seven minutes remaining.

He teased Xhaka into dangling a leg inside the area and a penalty was awarded. Milivojevic again stepped up and powered an effort into the corner.

Man of the match: Wilfried Zaha

Pure class. His close control, dribbling ability and clever passing provided Palace with a platform to force Arsenal out of their comfort zone. At one point, he wriggled free of four Arsenal defenders inside the centre-circle. He was fouled seven times during the match, provided three key passes and won the all-important penalty with a smart piece of play. Since the start of 2014/15, only Jamie Vardy (13) has won more penalties in the Premier League than Zaha (11 – level with Raheem Sterling).

Palace travel to Middlesbrough in the Carabao Cup on Wednesday before an away trip to Chelsea on Super Sunday. Meanwhile, Arsenal host Blackpool on Wednesday then Liverpool on Saturday.