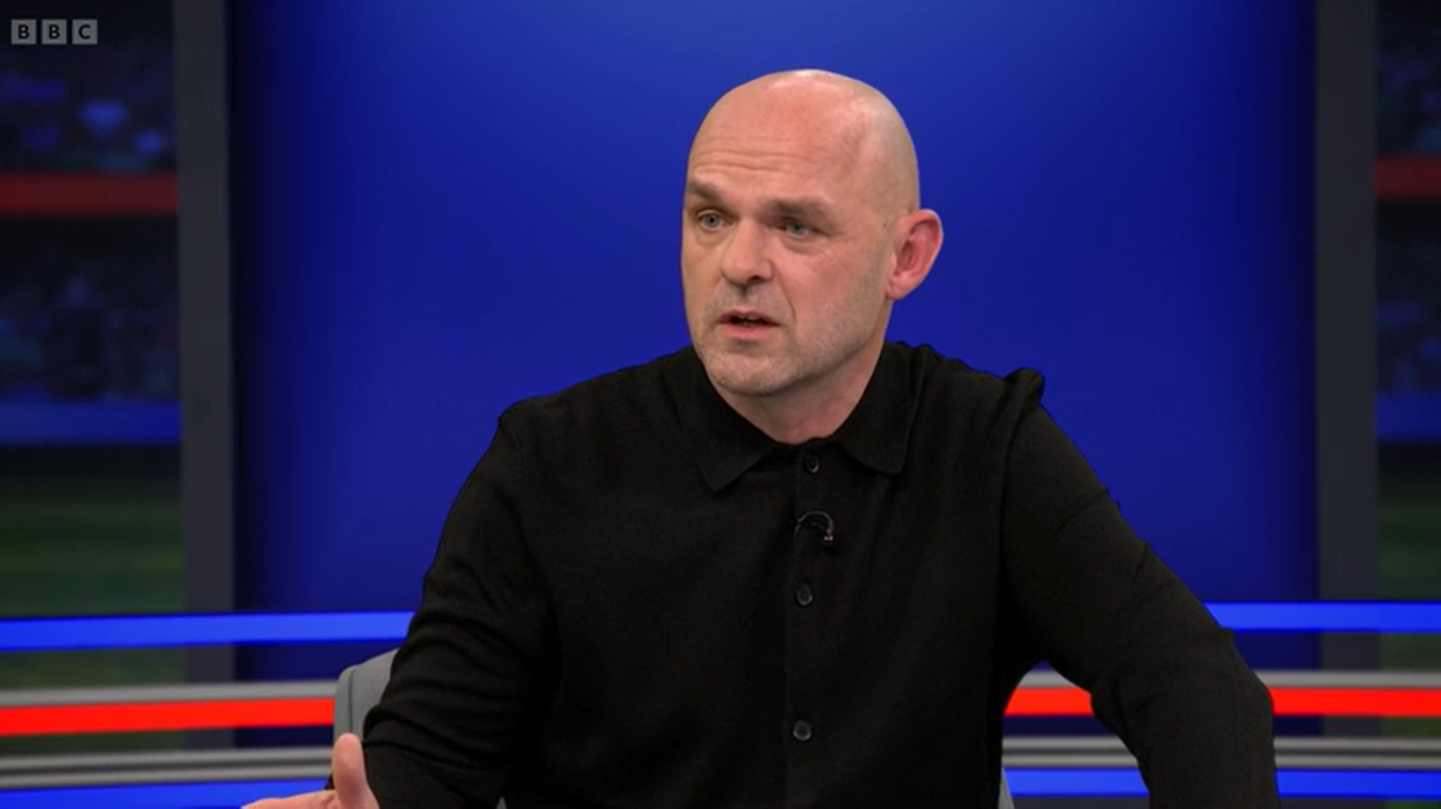 By coming off the bench in injury time, Nwaneri became the youngest Premier League player in history, breaking the record previously set by Harvey Elliott.

Nwaneri, who was born in 2007, was called up for Arsenal first-team training for the first time on Saturday, just one day before the Brentford clash.

Arsenal fans sung ‘He’s going to school in the morning!’ as the academy star, who has played regularly for the U18 team, made history in the English top-flight.

Former England midfielder Murphy says Nwaneri is a ‘super talent’ but has questioned Arteta’s decision to both include him in his first-team squad and bring him on against Brentford.

Arsenal clinched a 3-0 win in west London to ensure they sit top of the Premier League going into the international break.

‘I am not convinced it is the best move for a young player, I’m really not,’ Murphy told talkSPORT when asked about Nwaneri’s involvement on Sunday.

‘I have seen superstars come on the scene at a young age and thrive and go on and carry on, but there has also been a lot who have fallen by the wayside.

‘He is obviously a super-talent, doing well in training and impressing everybody, but surely they have got other 18, 19 and 20-year-olds who are further ahead in their development who could have gone on the bench.

‘I think Arteta is probably trying to keep a young superstar happy but I’m not sure about it.’

Speaking after Arsenal’s routine win at Brentford, Arteta explained why he decided to bring on Nwaneri.

He said: ‘It was a feeling that I had yesterday, I don’t know why.

‘It’s one step, one experience, so enjoy it and congratulations! It’s just one step and all the steps in your career are not forward and you have to know that.

‘You can go forward then backwards and then forwards. You fall, you go back – that’s, unfortunately, this industry and the football career of any player.’

On Arsenal’s win, Arteta added: ‘That’s the game that ideally we wanted to play here.

‘The reality is that it’s very difficult to actually make it happen, so big credit to the players for making it happen against what is a really good side that is really good at what they do.

‘They put teams under pressure constantly and have a fabulous crowd, but we have managed to dominate the game and fully deserve the points.’