A month ago when goals were cascading into opponents’ nets, exactly how rookie manager Darren Moore lined up West Brom seemed incidental.

The midlands club’s goal power – no team in the Football League can better their 33 to date – had them within a point of the Championship’s summit and well placed to forge an immediate return to the Premier League.

Yet a tendency to start with a 3-1-4-2 formation, then revert to a back four mid-match has coincided with one point from a possible 12 and a fall from the top six. 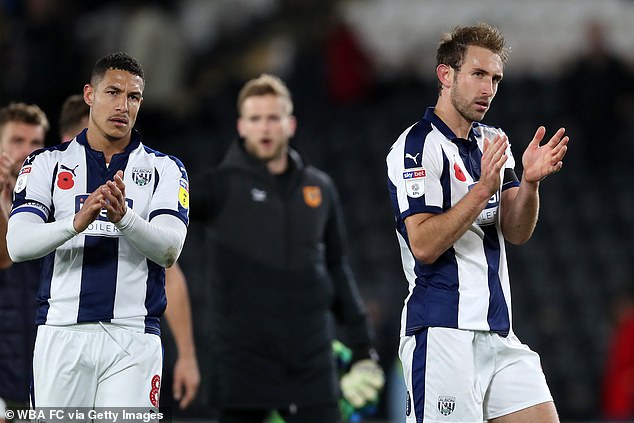 With a third of the season now passed, this arguably should be a time for continuity. However, Moore says his players can handle his tactical tinkering.

‘Out of the 16 games, 10 of the teams have changed formations against us. Do I stick with one out-and-out formation? No. The key is to have two or three different formations that you can flick to because you are always trying to win a match,’ he argued, after Fraizer Campbell finished as Hull’s match-winner for a second successive weekend.

‘I switched to a four at the back to try to get some sort of momentum in the game. I can play a four, I can play a three. We’ve worked on both systems and shapes. The players are adaptable to it.’ 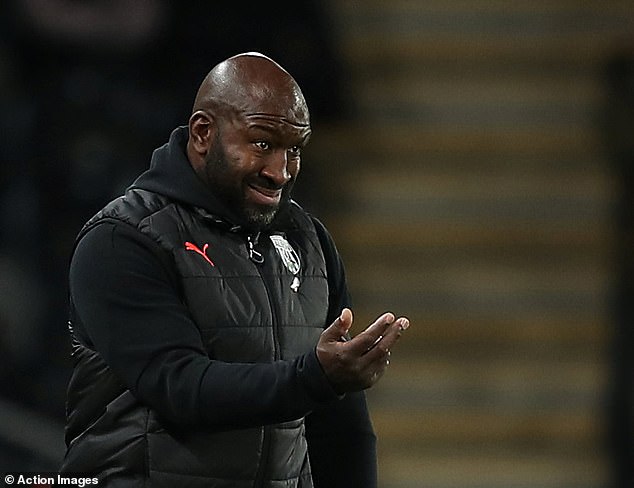 However, Hull, with their wide players running amok, should have been a couple of goals ahead before Moore switched ex-Tiger Conor Townsend to left-back: Jarrod Bowen headed against the bar from a Kamil Grosicki cross and then the Poland World Cup winger twice failed to hit the target with only Sam Johnstone to beat.

A second home win in 10 failed to move Nigel Adkins’ side higher than next-to-bottom but if the manager’s oft-unprovoked enthusiasm is matched by funds from prospective new owners, others may be persuaded to join the cause in January. A deal for Derby’s Jacob Butterfield is in place.

Of the proposed £45million takeover of the relegation-threatened club, Adkins said: ‘There’s obviously speculation about what’s going on but we will have to wait and see. We are controlling what we can control. All the players are working hard at the training ground. It’s a good place to come to work.’