Middlesbrough missed the chance to go back to the top of the Sky Bet Championship following an entertaining goalless draw at Stoke.

Gary Rowett’s powerful Potters created numerous clear-cut chances but failed to breach the most watertight defence in the English Football League – who have conceded just eight league goals so far this season.

Stoke’s star-studded front three of Benik Afobe, Tom Ince and Saido Berahino all had decent chances to find the back of the net. 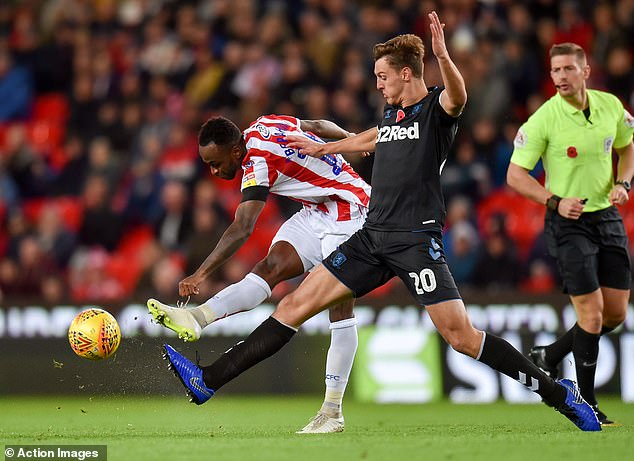 Stoke were left to rue a number of missed chances, including this Saido Berahino effort 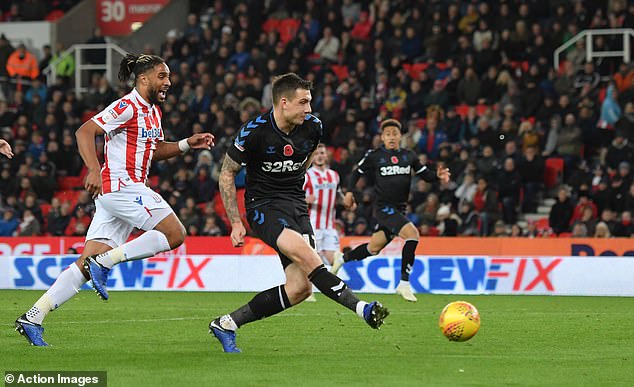 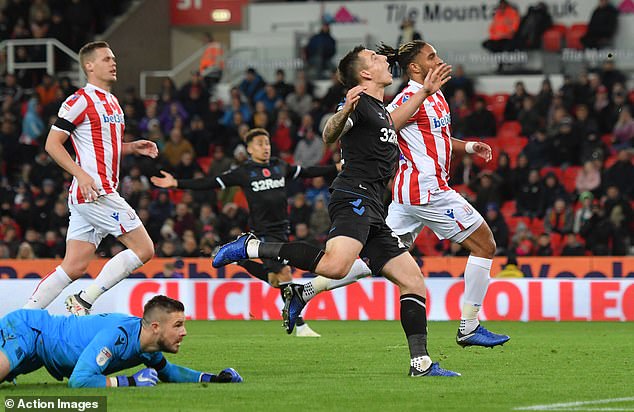 Darren Randolph – and Stoke keeper Jack Butland – pulled off a string of fine saves to keep the game goalless.

The first chance was Stoke’s, as Ince powered forward for the Potters and played in Afobe only for his shot to deflect over.

Butland’s first fine save came when he kept out Martin Braithwaite from the edge of the area.

Former West Brom striker Berahino did well to cut on his right foot before bending his effort just past the post.

Randolph spared Boro’s blushes when he headed a goal-bound back-pass off the line just after the restart and just before the hour Randolph was called into action once again, this time to catch Shawcross’ bullet header after a teasing Ince cross. 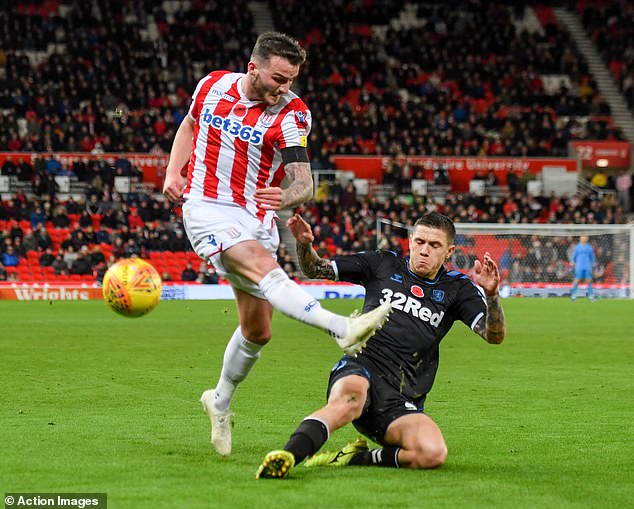 Butland produced the best save of the match to deny Jordan Hugill after the hour.

The West Ham loanee, who joined the London club from Preston for a fee in the region of £8million in January, was bearing down on goal and was only kept out by Butland’s legs.

Irishman James McClean came off the bench towards the end without a poppy on his Stoke shirt and was booed onto the field by both sets of fans, before being subjected to more abuse from Boro fans as he left the pitch. Objects were thrown at the winger. 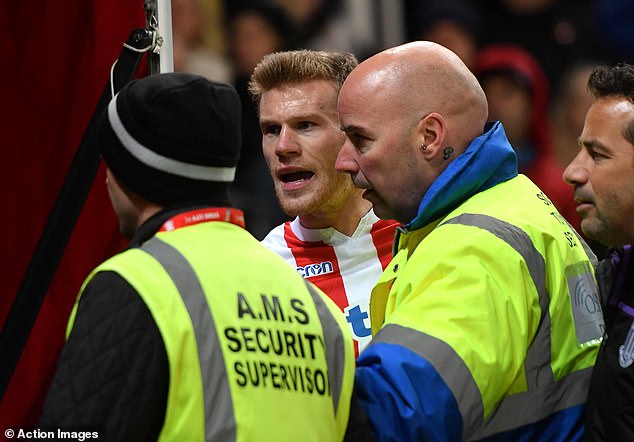 He almost had the last laugh, only for a timely fingertip from Randolph to stop his dangerous cross from finding fellow substitute Peter Crouch inside the six-yard box late on.

The result means Norwich are top of the league after their win at Sheffield Wednesday, while Boro are two points behind in third. Leeds are fifth and would go top if they beat Wigan on Sunday afternoon.

Stoke remain 15th, five points off the play-offs and six clear of the relegation zone.