Frederic Brillant put the hosts ahead with a brave header from close range but DC United were quickly pegged back when Higuain got his first of the night to put Columbus back on level terms.

Neither side could find a winner inside the 90 minutes but Higuain struck again in the first period of extra time to put Columbus on the brink of the next round, only for substitute Nick DeLeon to level the contest once again with four minutes remaining and send it to penalties. 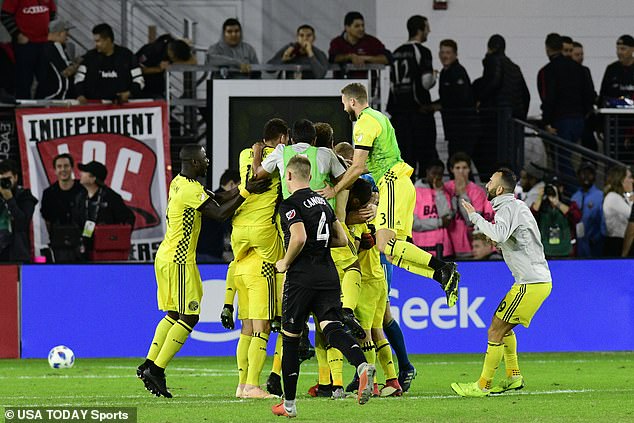 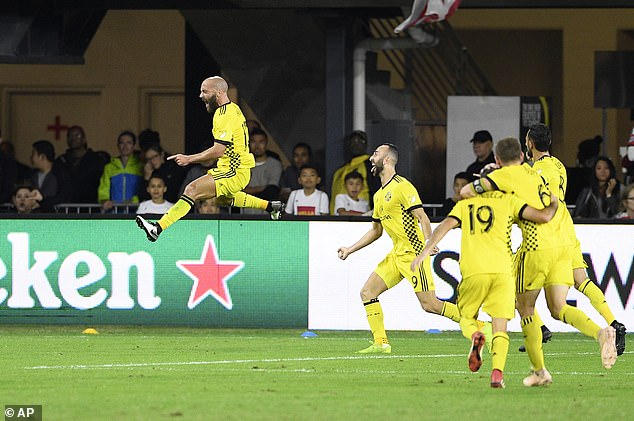 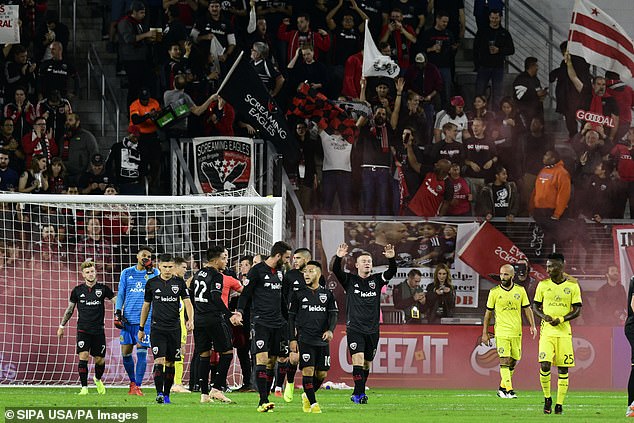 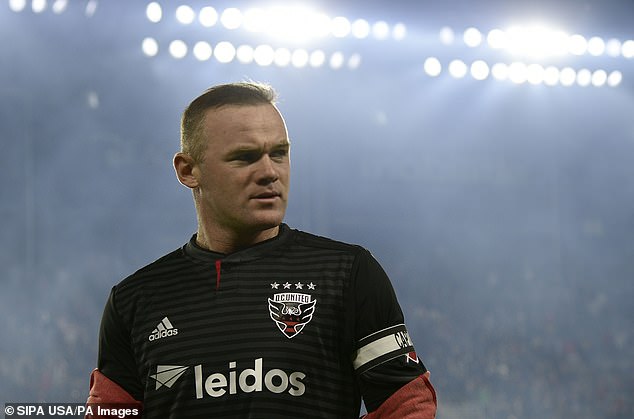 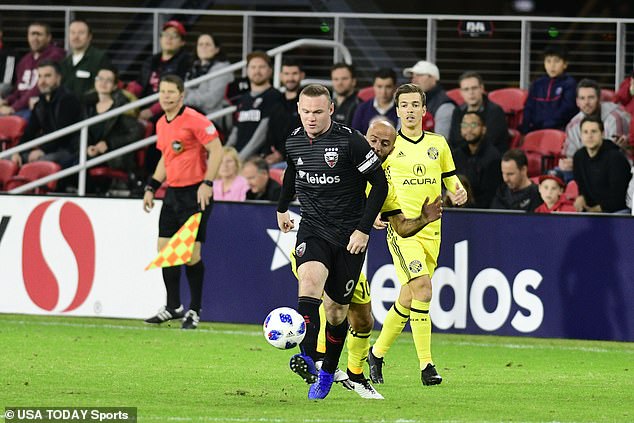 There was very little to separate the two teams in the early stages of the contest but Crew striker Gyasi Zardes missed a good opportunity to give the visitors the lead.

The former LA Galaxy forward found himself in space at the back post but his header across goal lacked power and Bill Hamid saved with ease.

Brillant then opened the scoring after 21 minutes with a brave header from close range.

Zack Steffen made a horrendous error when trying to deal with a cross into the box and Frenchman pounced on the loose ball and headed home between a number of desperate tackles.

Columbus scored the equaliser they deserved 10 minutes later though as Higuain seized upon a loose ball in the box to prod home a finish, his fifth goal against DC United in his MLS career.

There were very few chances to win the game in the second half but Pedro Santos, on loan at Crew from Portuguese side Braga, forced a smart save out of Hamid from 25 yards. 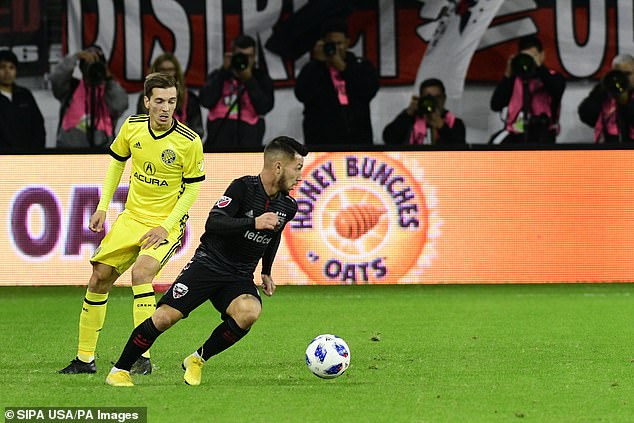 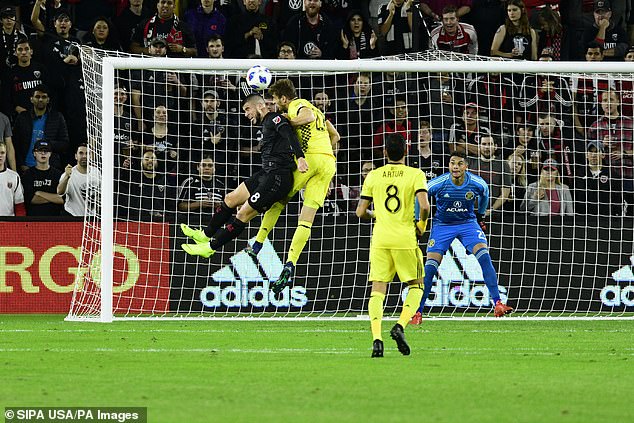 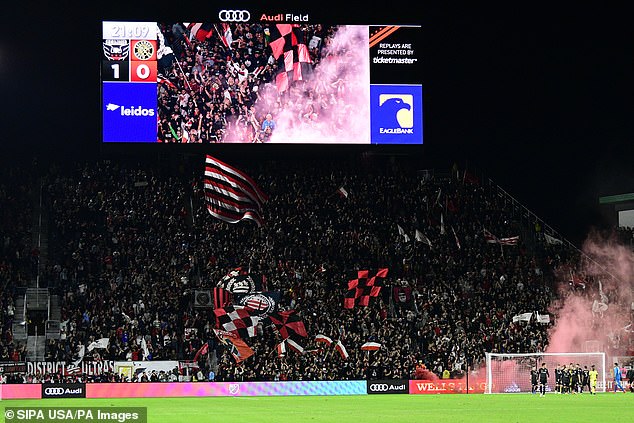 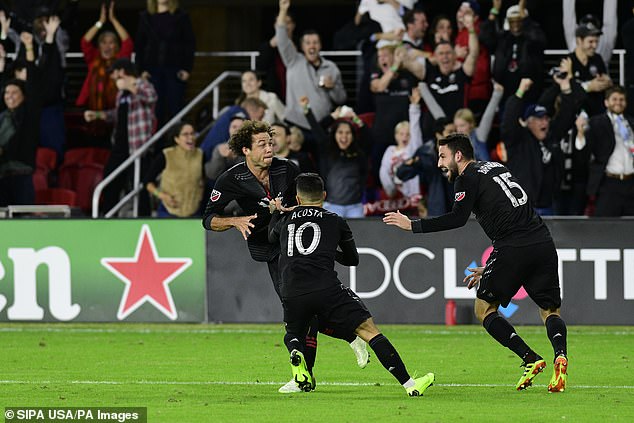 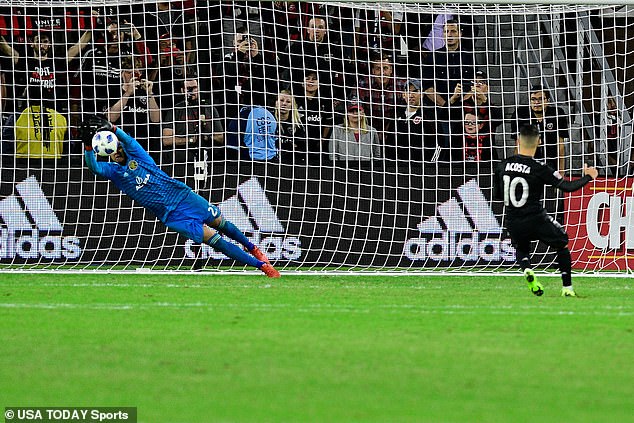 Rooney and Acosta then combined on the edge of the box late on but the Argentine’s effort was tipped over the bar by Steffen as the game went into extra time.

Higuain struck the decisive blow in the sixth minute of extra time to give Gregg Berhalter’s side the lead with a towering header that crept inside the far post.

DC had chances to equalise but failed to take them until a defensive clearance from a set piece fell kindly to DeLeon and he smashed the ball into the top corner.

Rooney missed his penalty in the shootout after Steffen produced a smart save to his right before Acosta and DeLeon also saw their efforts kept out as the visitors progressed.

Columbus will now go on to play New York Red Bulls in the Eastern Conference semi-finals. Atlanta United take on New York City FC in the other last four clash in that division.