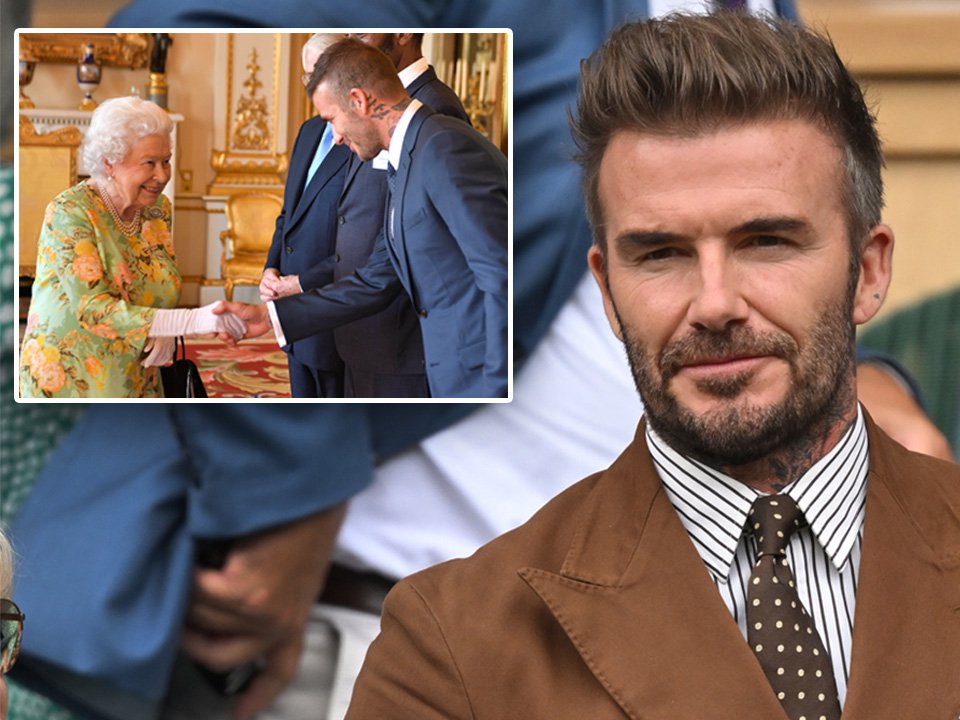 David Beckham says he is ‘truly saddened’ after Her Majesty Queen Elizabeth II died at the age of 96 and has sent his ‘thoughts and prayers’ to the Royal Family.

It was announced on Thursday afternoon that Her Majesty, the UK’s longest-serving monarch, had died peacefully at Balmoral, ending an extraordinary 70-year reign.

Senior royals had gathered at the Scottish estate earlier in the day after the Queen’s doctors became concerned about her health.

Her son, King Charles III, said the death of his mother was a ‘moment of great sadness’ for him and his family and her loss would be ‘deeply felt’ around the world.

Former England, Manchester United and Real Madrid midfielder Beckham met the Queen several times and was appointed an OBE for services to football in the Queen’s Birthday Honours List in 2003.

Paying tribute to Queen Elizabeth, Beckham said: ‘I’m truly saddened by the death of Her Majesty, The Queen.

‘What an outpouring of love and respect we saw for the Platinum Jubilee for her life of service.

Her Majesty Queen Elizabeth II has died after 70 years on the throne, with her death announced by Buckingham Palace on September 8, 2022.

She died at the age of 96 surrounded by her family at her home in Balmoral, including her son and heir to the throne Charles, the Prince of Wales, and her grandsons, the Duke Of Cambridge, Prince William and the Duke of Sussex, Prince Harry.

‘How devastated we all feel today shows what she has meant to people in this country and around the world.

‘How much she inspired us with her leadership. How she comforted us when times were tough.

‘Until her last days she served her country with dignity and grace. This year she would have known how loved she was. My thoughts and prayers are with our Royal Family.’

Many sporting events have been called off following the Queen’s death, with all horse racing in Britain halted on Thursday following the announcement.

Friday’s play in the Test match between England and South Africa has been suspended, while the second day of the PGA Championship will not take place.

The English Football League has postponed its two games on Friday, while the Premier League are considering cancelling this weekend’s matches as a mark of respect.

Manchester United and West Ham’s Europa League matches went ahead on Thursday night ‘following direction from the Football Association and Uefa’, but both stadiums observed minute’s silence, with the players wearing black armbands.

The club most synonymous with Beckham – Manchester United – said they ‘share the sorrow of a nation’ after the Queen died.

‘The club recognises her immense contribution to public life, including sport, both here in the United Kingdom, across the Commonwealth, and around the world,’ the Premier League side said in a statement.

‘Everyone connected with Manchester United joins the wider football family in sending our deepest condolences and heartfelt sympathy to The Royal Family.’