Angel Di Maria has again made an attempt to lure Lionel Messi to Paris Saint-Germain, claiming it would be ‘wonderful’ to have the superstar as a team-mate.

Messi, 33, is out of contract with Barca in the summer and his future in more doubt than it ever has been during his 21 years association with the club.

PSG are one of the favourites along with Manchester City to land the football great if he moves on and Di Maria, who plays with Messi for Argentina, has spoken out in hopes of swaying him towards the Parisians. 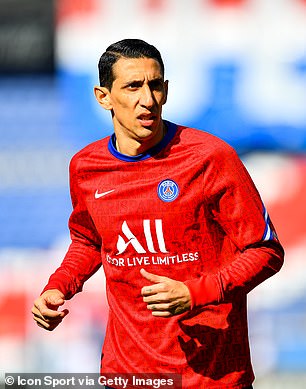 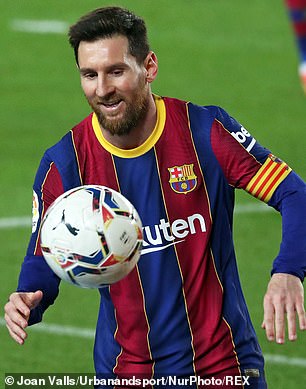 Speaking to BeIn Sports, Di Maria said: ‘From my whole career, from everything I’ve seen, I think Leo is from another planet. To have him as a team-mate would be wonderful.

‘But he is a Barcelona player, he has a contract. After that, we’ll see. I talk a lot with him and I always tell him that the important thing is his happiness and that of his family. It’s hard to say anything else.’

Despite revealing he wants to leave last summer, Barca have become increasingly hopeful the Argentine will stay, with manager Ronald Koeman reiterating his desire to keep him at the club and new president Joan Laporta giving them fresh hope. 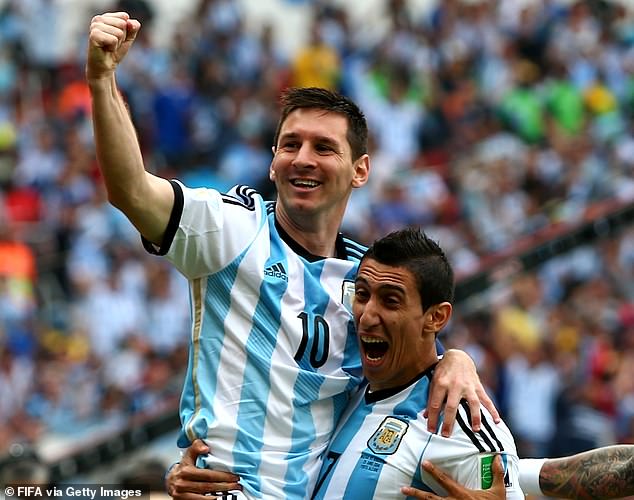 They hope talks of a potential reunion with Neymar, who has stalled on his PSG contract talks, at Barca may be a crucial factor.

It is not the first time Di Maria has has had his say on Messi moving to the Ligue 1 club, with Koeman slamming his ‘disrespectful’ comments before the two sides met in Febraury.

‘Yes, yes, I hope so,’ Di Maria said when asked whether Messi could join him in Paris. ‘There are many possibilities. We have to be calm and things will develop.’ 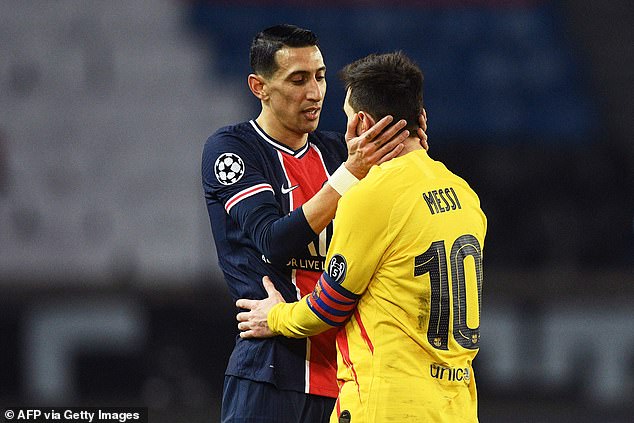 In January, PSG director Leonardo fuelled talk of a move for Messi later this year when speaking to France Football.

‘Great players like Messi will always be on PSG’s list. But this is of course not the time to talk about it, or to dream about it,’ the PSG chief said.