Diogo Jota has pledged to be like a new signing for Liverpool after making his return from a lengthy injury in Thursday’s 1-0 home defeat to Chelsea.

The attacker made his first appearance since picking up a knee injury in the Champions League dead-rubber against FC Midtyjlland on 9 December, coming on for Mohamed Salah in the 62nd minute.

But he was unable to prevent the Reds from sliding to their fifth home loss in a row for the first time in their 129-year history. 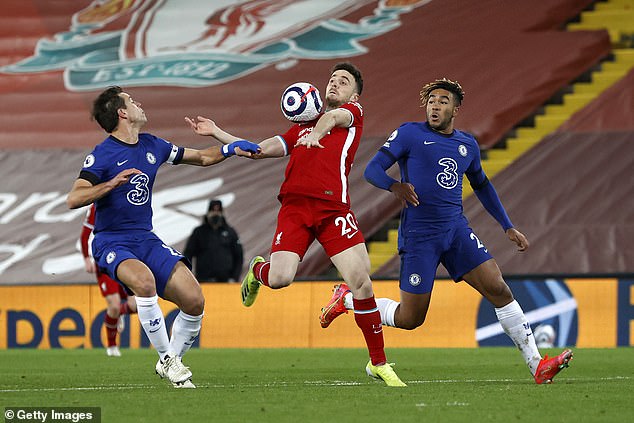 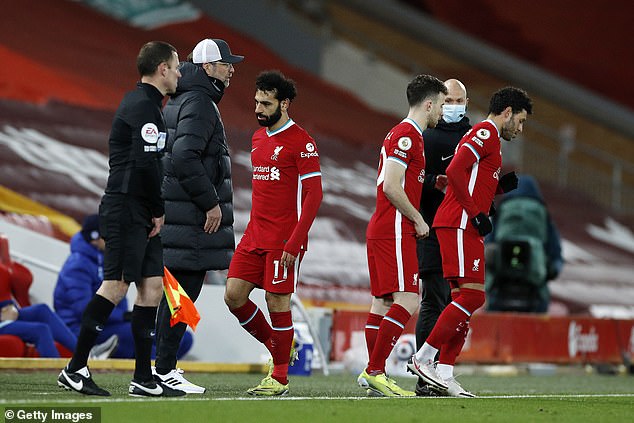 Asked how he wanted to help the side, Jota told Liverpool’s website: ‘Just a new boost in terms of confidence and, let’s say like this, freshness because obviously they’ve been playing and fighting for the club.

‘I feel like I could be like a winter transfer. So that’s what I hope so they can rely on me and think I can help them in the future.

‘But it was good, I played around 35 minutes and felt good. So I just need to keep training hard and with game time I think I’ll be at my best again very soon.’

Jota admitted that Liverpool are having a torrid time at the moment, with the champions languishing in 7th place in the Premier League and four points off the Champions League places.

Their usually-deadly attacking trio of Salah, Sadio Mane and Roberto Firmino are all currently misfiring, making Jota’s return even more significant in terms of goal-scoring.

‘I want to help the team and I know scoring goals is important, but at the moment we just need to all stay together because it’s a hard moment – not just for me but for the team,’ the 24-year-old said.

‘We all need to push from the same side and hopefully on Sunday we can get back to winning ways.’

The Portuguese forward accepted that defeat to Chelsea was ‘another big blow’ to Liverpool’s season but insisted ‘there’s still time’ to turn things around.

The Reds host Fulham at Anfield on Sunday and Jota is determined to make sure the team get back to winning ways. 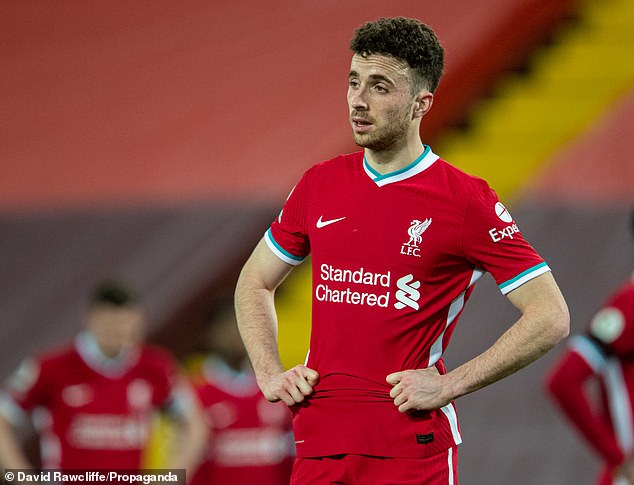 Jota, 24, said Liverpool’s defeat to Chelsea was ‘another big blow’ in the champion’s season

‘There’s still a long journey to go and we just need to grab points now in our path. The next one on Sunday (against Fulham) is really important,’ he said.

‘I think getting the win at Anfield again, it’s been a long time and it will be really important for the team. Hopefully we can do that on Sunday.’

Jota also revealed that the lack of fans at Anfield has had an impact on the team.

‘Even last season everyone was talking about the fortress and that kind of stuff. Obviously the fans were a big help to maintain that and we’ve lost that now, but it’s still our home and we still need to make the opponents feel like they can’t win games there.

‘At the moment that’s not happening but we have another opportunity on Sunday to change that again.’