There is very little to scratch at when discussing a premier football mind of our time, but if there is a dent in Pep Guardiola’s armour, it stems from overthinking and obsessing about combating a formidable opponent, which often results in Manchester City forsaking their surety.

The evidence to support this is vast, often showing up in the Champions League, and distilled into episode six of the club’s All or Nothing documentary, which blazes the customary “focus only the game in front of us” commentary.

A scene shows Guardiola, in the Goodison Park dressing ahead of kick off against Everton at the end of March 2018, fretting over the first-leg of a European showdown at Liverpool with his assistants Domenec Torrent and Carles Planchart.

It is an overwhelming compliment when the City boss considers you such a threat, which is the position Thomas Tuchel’s Chelsea also occupy.

In three games spanning three competitions in little over a month last season, the west London side completed a hat-trick over Guardiola’s machine.

The most piercing was in the Champions League final, where with City aiming to be champions of Europe for the first time in their history and having built their campaign on defensive solidity, their manager eschewed the use of a midfielder anchor from the start, leaving both Fernandinho and Rodri on the bench.

That all-out attack – 4-3-3 – was preceded by a 3-1-4-2 in the Premier League defeat, with Fernandinho being dropped and the double pivot of him and Rodri, used in the FA Cup loss weeks earlier in a 4-2-3-1, abandoned. All change to get no change.

Three different approaches from Guardiola failed to combat’s Tuchel’s 3-4-3, which aims to squeeze play into the centre of the pitch, where intelligent passing aligned with the close proximity of the three centre-backs, attracts the opposition before working the ball out to the advanced wing-backs to exploit space and numerical advantages.

“You cannot get too close, cause they push you inside and then push you wide and have all the talented players then working through the middle to hurt you in the half-spaces,” Guardiola explained ahead of the final that he ceded. 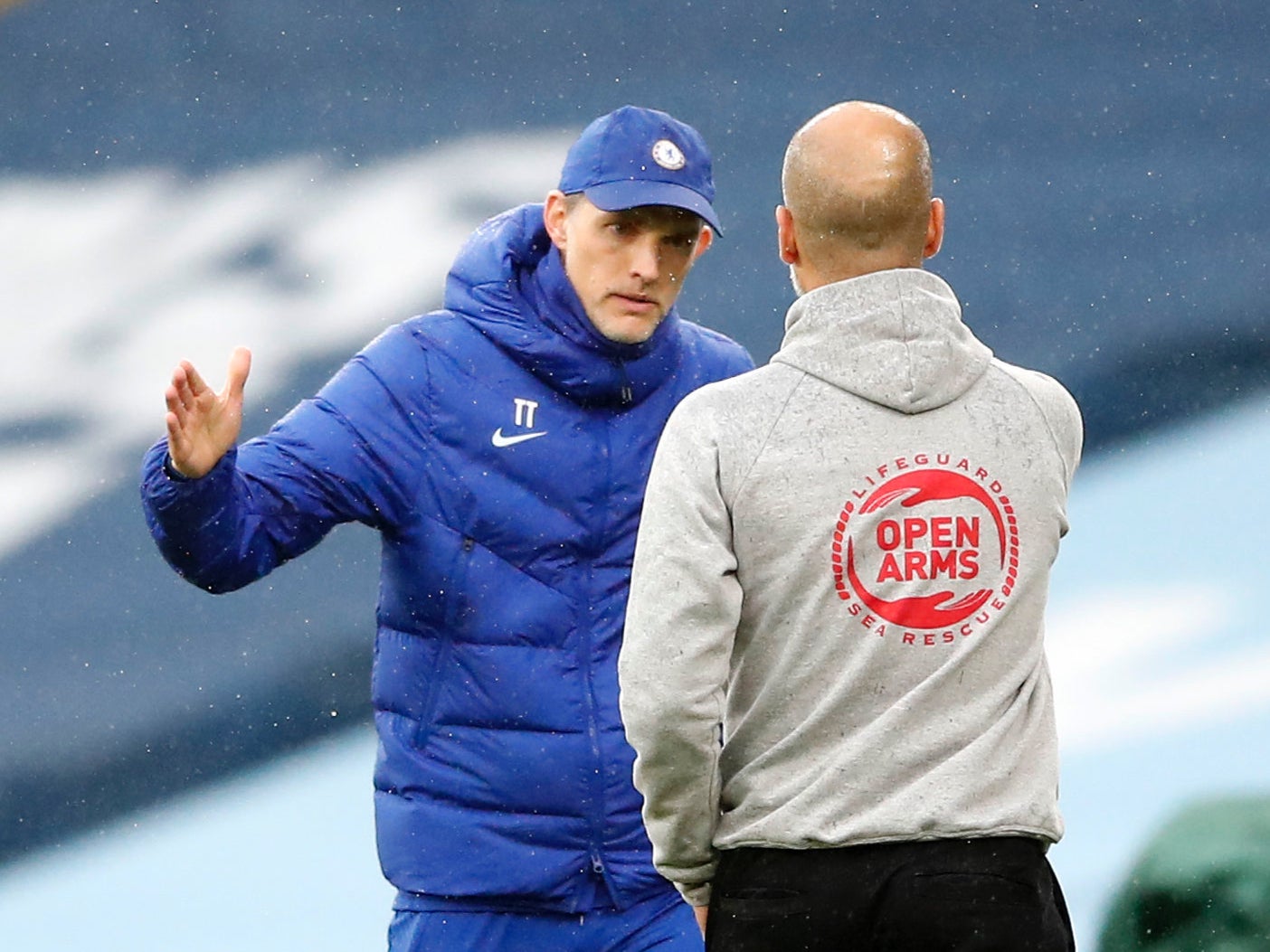 Chelsea have morphed into more than a tactical conundrum for the 50-year-old and are acting – early doors yet – as a mirror of his 100-point monsters of 2017-18.

It is not just the similarity in the conversation rates, but the overarching context. An elite manager has adjusted to the league, the squad have grasped his demands and he has all the tools in place – primarily with the addition of Romelu Lukaku – to ruthlessly collect points. Built to win, believing they can win and… winning.

It sounds rather like the great City from that spell, who also made a habit of absorbing pressure and overwhelming teams that test them as Chelsea have done against Aston Villa and Tottenham.

Of course, the differences are that Guardiola’s men have proven they are a 90-plus point side. Over and over again. Even in their moments of weakness, of poor results, we have seen the flip side and how quickly they can fast-forward to an incredible sequence of Ws.

The other element is the competition is increasing at the top end: where City and Liverpool had shaped that discussion in recent years, Chelsea are now concretely involved while Manchester United have the star power, if not yet the consistent control, to be mentioned.

At Stamford Bridge on Saturday, however, there will be little thought of the title from either manager. There will tactically be more than enough to worry about, starting with what approach Guardiola concocts this time around with a mounting injury list and the Champions League trip to Paris Saint-Germain bubbling in the background.

If Tuchel is able to oversee another considerable blow for City, it will do a lot to establish the notion that they have what it takes for top spot while given Pep flashbacks to his own process back at the start of his century season.