Home » Dominic Calvert-Lewin out of Everton vs Tottenham

Striker Calvert-Lewin, the club’s top scorer this season with 19 goals, remains unavailable due to the abductor problem that kept him out of Monday’s goalless draw at Brighton.

Fellow England international Jordan Pickford, sidelined of late by an abdominal injury, is among a quartet of players fit to return to action in the Spurs match.

As well as goalkeeper Pickford, Ancelotti will again be able to call upon midfielders Allan and Andre Gomes and forward Josh King.

Ancelotti, speaking at his pre-match press conference on Thursday, said Calvert-Lewin was set to be available again next week, along with Yerry Mina, who came off against Brighton with an adductor injury, Fabian Delph and Bernard.

Everton face a trip to Arsenal seven days after the Tottenham clash.

Ancelotti said: “To have these kind of injuries all at the same time, it is more difficult. (But) the squad is better (for Friday) and I think we can compete against Tottenham.

“Of course, the absence of Dominic, it is important, but I think in front we have options, and we were able to play without Dominic some games and do well.”

Abdoulaye Doucoure and Jean-Philippe Gbamin are also on the injury list – the latter has been ruled out for the rest of the season by his latest setback, a knee issue suffered ahead of Monday’s game.

Ancelotti said of Ivory Coast midfielder Gbamin: “The plan for him is to be back at the start of the new season. The news is that he doesn’t need surgery but he has to stay out at least eight weeks and so this season will be finished for him.”

Gbamin had only just made a comeback after a lengthy spell out due to a quadriceps problem and then an Achilles injury. Ancelotti added: “I have to say he is a strong guy. He has a strong character. He was able to manage the injuries he had last season. And he will be stronger after these unlucky situations.”

Everton are currently eighth in the Premier League, seven points behind fourth-placed West Ham, with eight fixtures to go. 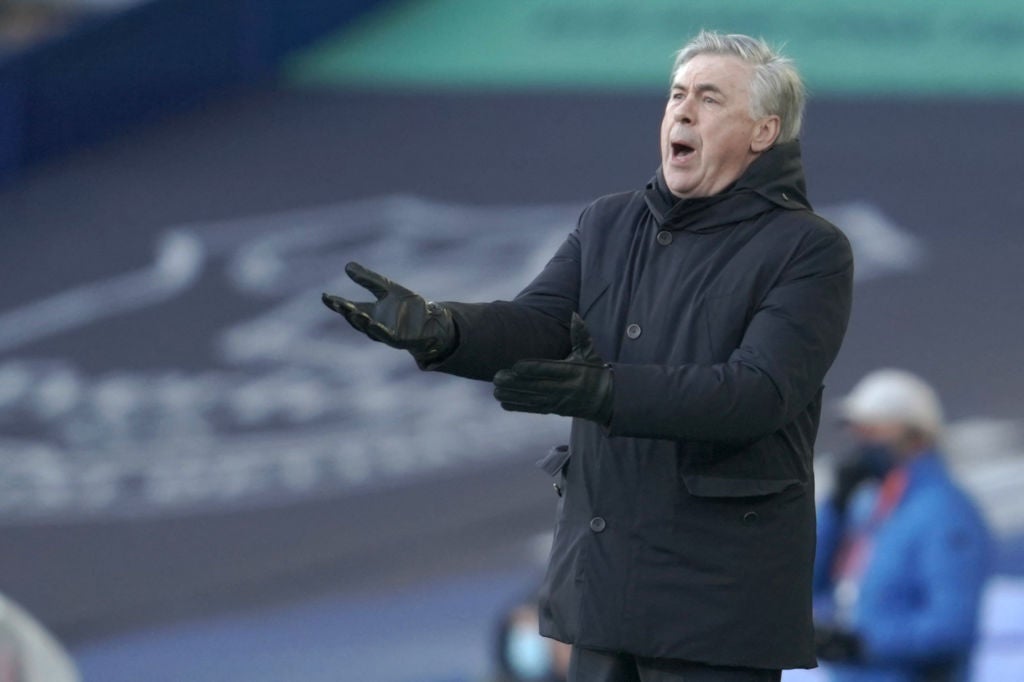 They have a game in hand over the teams above them, who include Tottenham, one place higher and one point better off.

Ancelotti’s men have taken only two points from their last four matches, and the Italian said: “We have to be able to manage, to continue to fight, because the fight for a European position is there and we have to fight until the last game.

“We have absolutely to get a result against Tottenham, and then we have important games against teams that are fighting there: Arsenal, Aston Villa, West Ham. It is open for everyone, but difficult for everyone.

“I think it (Friday’s match) is vital, but I think all the eight games we have to play are vital.”

Asked about talk of there being pressure on Tottenham counterpart Jose Mourinho, his fellow former Chelsea and Real Madrid boss, Ancelotti said: “Every manager has tried to do his best. This was a special season.

“I’m not able to judge Mourinho’s job. In my opinion it always was a fantastic job where he was.

“But I think the pressure on managers is absolutely normal. Every manager has to manage the pressure.”