Borussia Dortmund are reportedly targeting Bayer Leverkusen winger Moussa Diaby, with Jadon Sancho potentially set to leave the club this summer. Diaby has been an important player for Leverkusen this season, scoring ten goals and providing 15 assists from 42 appearances across all competitions.

Borussia Dortmund have admitted that they could be open to selling Jadon Sancho in the transfer window if the right offer comes in.

Manchester United have been keeping tabs on the 21-year-old for some time and have been tipped to mount a renewed approach for his services ahead of next season.

The Red Devils tried to sign Sancho before the start of the current campaign but were unable to meet Dortmund’s nine-figure asking price.

As a result, he stayed in Germany and has gone on to play a key role for the Bundesliga side this season, chipping in with 36 goal contributions in all competitions.

He has enjoyed a particularly strong run of form in recent months, scoring seven times in 10 league appearances to help Dortmund achieve Champions League qualification for another season.

JUST IN: Bruno Fernandes’ agent at Man Utd vs Fulham ‘to discuss contract’ 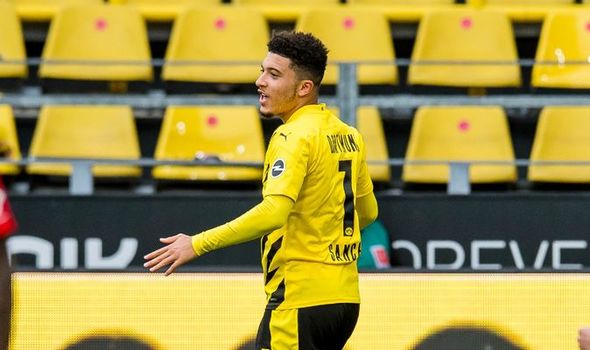 Sancho’s impressive performances have only added fuel to the fire with regards to the speculation around his immediate future.

United are said to have retained a keen interest in bringing him to Old Trafford, with Ole Gunnar Solskjaer believed to be targeting the additions of a winger and a centre-back this summer.

The 20-time Premier League champions are still believed to be the favourites in the race for his signature despite reported interest from Chelsea and Liverpool.

As for Diaby, the 21-year-old Frenchman’s performances in the Bundesliga this season have also seen him attract transfer interest from Premier League side Everton, as well as Dortmund, according to French outlet Foot Mercato.

Carlo Ancelotti’s side have reportedly spoken with Diaby’s representatives to enquire about the possibility of a potential move to Goodison Park this summer.

However, the Toffees could face competition for the signature of Diaby, with Dortmund also expressing their interest in the winger.

The Bundesliga side have identified Diaby as an ideal candidate to bolster their squad ahead of the 2021/22 season, with  Borussia Monchengladbach boss Marco Rose set to take charge in the summer. 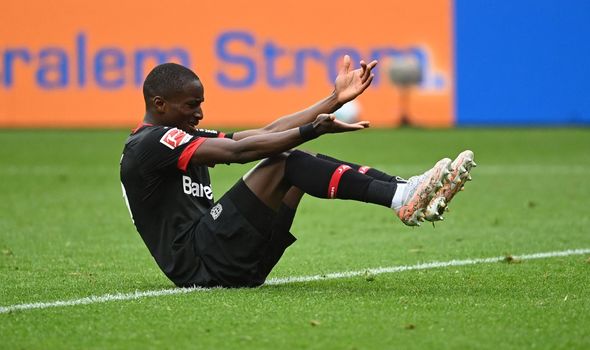 Everton, on the other hand, look to be targeting players with European experience this summer.

There is still some hope that they will qualify for the Europa League or Europa Conference League this season.

Diaby has played in the Champions League and Europa League with Leverkusen.

He also featured in the Champions League for PSG, before he left for Germany in 2019.