Newcastle boss Eddie Howe sees a big difference in Callum Wilson since their time at Bournemouth, in that the striker is now a dressing-room leader as well as a goalscorer.

It was interesting to note that the 29-year-old was elevated to captain in the absence of Jamaal Lascelles earlier this month.

Wilson also scored the only goal as the Magpies recorded their first win of the season at the 14th attempt against Burnley last weekend. 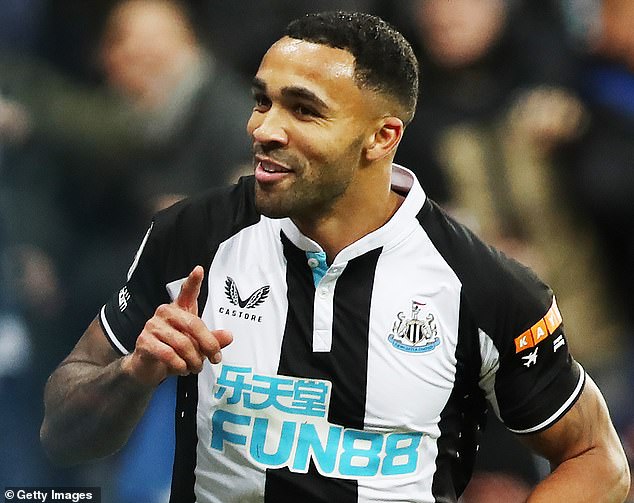 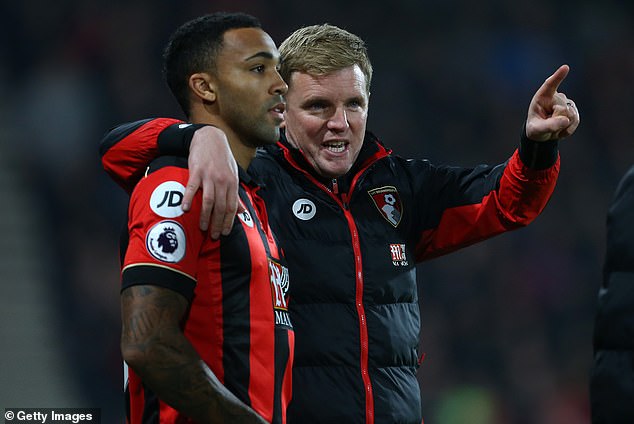 He has emerged as a senior voice since his £20million arrival last year and he recently spoke out about the team’s lack of fitness under previous boss Steve Bruce.

But Wilson and Howe have a strong relationship and the head coach believes there is a new maturity to the player he signed for the Cherries from Coventry for £3m back in 2014.

‘He seems very stable mentally now, very focused,’ said Howe, whose side travel to Leicester this afternoon. ‘I think his leadership qualities have definitely improved. He’s a big character in the group.

‘He always had a very good outlook on life and football, he is a really positive guy. He always believed he would score and contribute for the team. 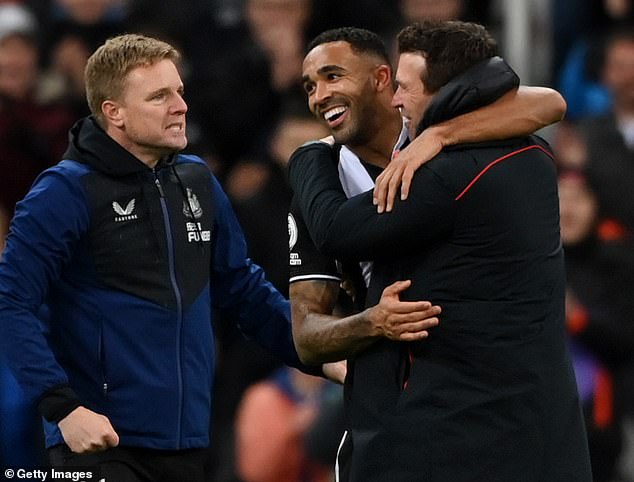 ‘But I guess what I’m saying is that I think his leadership now is different. He is looking at other people and his surroundings and trying to boost others, rather than purely focusing on himself.

‘He’s giving a lot to the club. He’s taken that burden of the number nine and it’s not an easy thing to do, but he’s made it his own and full credit to him for that.’

Given the mood among his squad in light of their first win, Howe was keen for today’s game to go ahead amid the threat of a postponement with Leicester’s squad hit by a Covid-19 outbreak.

Reflecting on the past week, he said: ‘It (the win against Burnley) was a really uplifting experience for me, because it’s the first time I’ve been able to share that winning feeling with the players and fans. 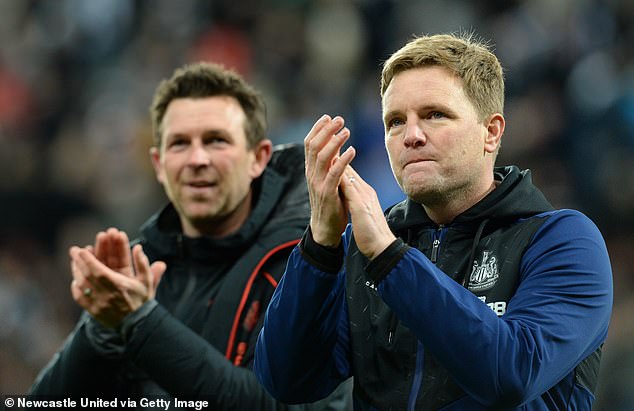 ‘To look up at the stands, seeing them full, and everyone being so supportive in their appreciation of what the players had just delivered, was an amazing moment. I hope it’s the first of many to come.

‘I am very thankful for what the supporters have given me in the short period of time I’ve been at the club. They have been absolutely amazing with me – and I want to give them more.

‘I want to share those experiences with them on a more regular basis. That’s what I am pushing the players to do every time we train.’