Cavani produced a man-of-the-match performance in Man Utd’s 3-1 victory against Tottenham on Super Sunday, scoring the second goal in another away win.

At the other end, the afternoon was less fruitful for Kane, who is expected to tell Tottenham he wants to leave if they fail to qualify for the Champions League next season.

Borussia Dortmund striker Haaland is also attracting attention from across Europe, with United still looking for their next star striker.

Ole: We want Cavani to stay

When asked by Sky Sports’ Geoff Shreeves if he would like Cavani to stay at Man Utd, Solskjaer said: “That’s up to Eddie. He knows my feelings, I know his feelings.

“He hasn’t made up his mind yet and I understand that it has been a difficult year for everyone but for a new lad who doesn’t speak English, not to feel the English culture to go and see people, have friends around, it’s in the back of your head if this is what you want.

“You can’t have your family over, so fingers crossed, if he decides it’s just this season, we have been very fortunate to have him here.” 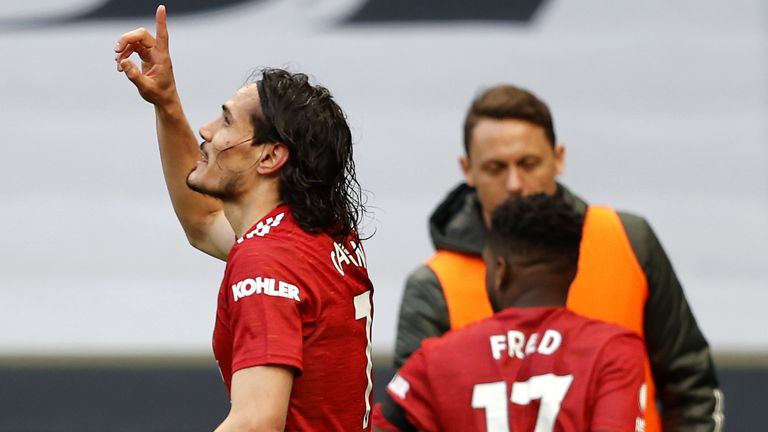 Solskjaer later added: “It was a fantastic performance, I’ve said a couple of things about Edinson today, that we are awaiting his decision, if he wants to stay or move on. Of course, a performance like today, as a club we have missed for a few years.

“We have not had that type of No 9 for a long, long spell. We can see the boys played a little bit to his strengths as well.

“We’ve had up front and honest meetings. There’s no secret, we want to keep him… He’s contemplating and thinking hard and long about what he wants to do, and I understand. He knows what I want, him at Old Trafford at the Stretford End scoring a diving header, there’s not a better feeling. So let’s wait and see.”

“Ole has made it clear that they are trying to keep Cavani with the option of another year. But he’s an experienced player, you have got to respect that and Ole made some good points that there’s been a lot going on in the background with Covid and family situations, moved to a new country.

“There’s no doubting his quality. You might not get him for 40 or 50 games per season, but does Cavani then want to be a squad player? United have still got (Anthony) Martial and they are probably in the market for another striker, so lots goes into the mix.

“Today would have done him the world of good, playing in an important game and scoring, but there’s a big question mark. But I would love him to stay because he is great to watch.”

Do United need another striker? 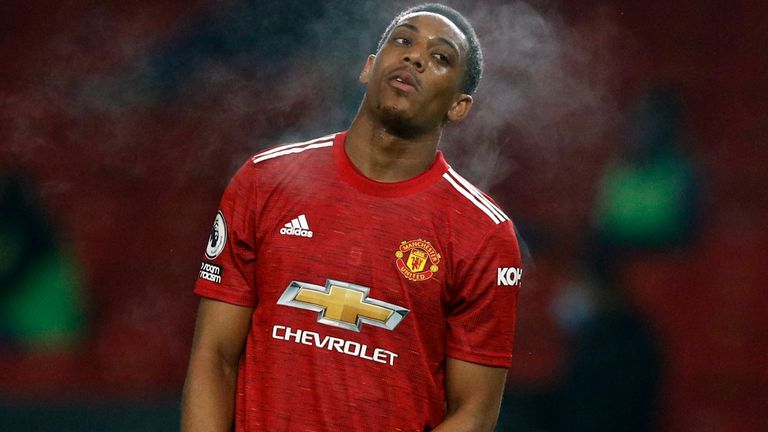 “One hundred per cent. With Martial and his injury problems, you would not hang your hat on him, Cavani is pushing on [in age] and you would not expect him to be playing every week. If United want to get back to winning titles, they certainly need another striker.

“Kane, Haaland – I will take any of them. Maybe Haaland because of his age and the investment behind it, but I would not say no to Kane either if he was the second option.

“Kane will be looking at this United team and they have made progress over the last 12 months, but surely Kane will be thinking ‘I could be the main man at United up front’. With the service he would be getting, Kane must fancy United. I just have that feeling.

“If Kane is in the United team, night follows day [with trophies]. Man Utd have closed the gap on City and Kane would be another huge step, although City are going to buy as well, of course. And maybe Kane does not want to go abroad, maybe he likes playing in England, he knows the league inside out. Man United are still a huge pull.”

Richards: Kane would do the business straight away 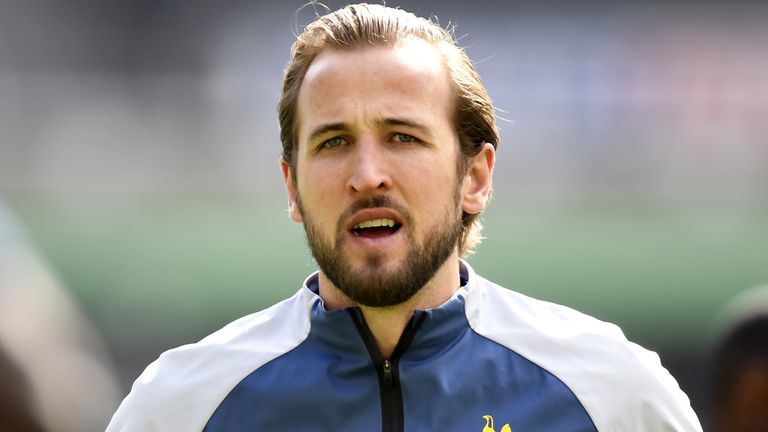 “Haaland has got resale value because he is so young. But if you want someone who you know is going to do the business straight away, you do not think further than Kane.

“You see him today, he’s very frustrated at times in this team, but on the Man United counter-attack, I think he would be perfect.

“It’s not fair for me to say Kane should be going to United – he’s a Spurs player at this moment in time and he needs to focus on that because that’s the most important thing. He wants to get them into the Champions League and if he doesn’t, you can have the conversation at the end of the year.

“If you are going to leave Spurs, Kane would surely go anywhere in the world or you would pick somewhere you were guaranteed trophies because United are still in that rebuilding stage. If I am Kane, in the form that I am in, I would be going to the team that is going to get the most trophies.

Redknapp: You would be delighted with Kane or Haaland 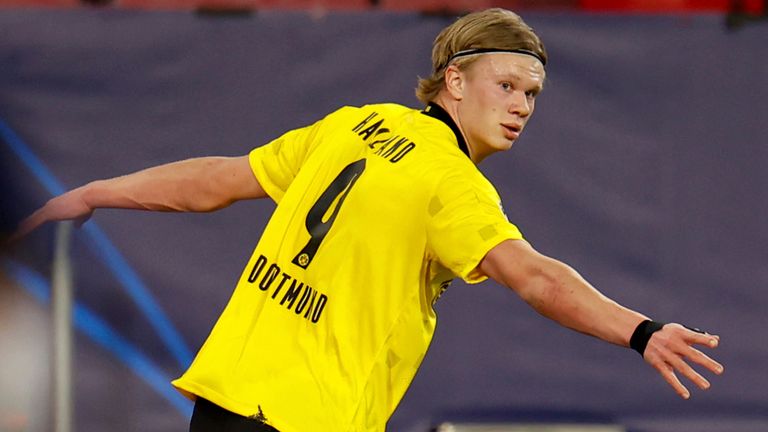 “United have good young players with Rashford and Greenwood, Kane might fit because he has that bit more experience, especially if you were to lose Cavani.

“For other teams, they might look at Haaland, maybe Man City having lost Aguero, you might go for someone younger. But they are both lovely players, whichever one you get, you would be delighted with.

“But I think a centre-back is more important for them right now.”