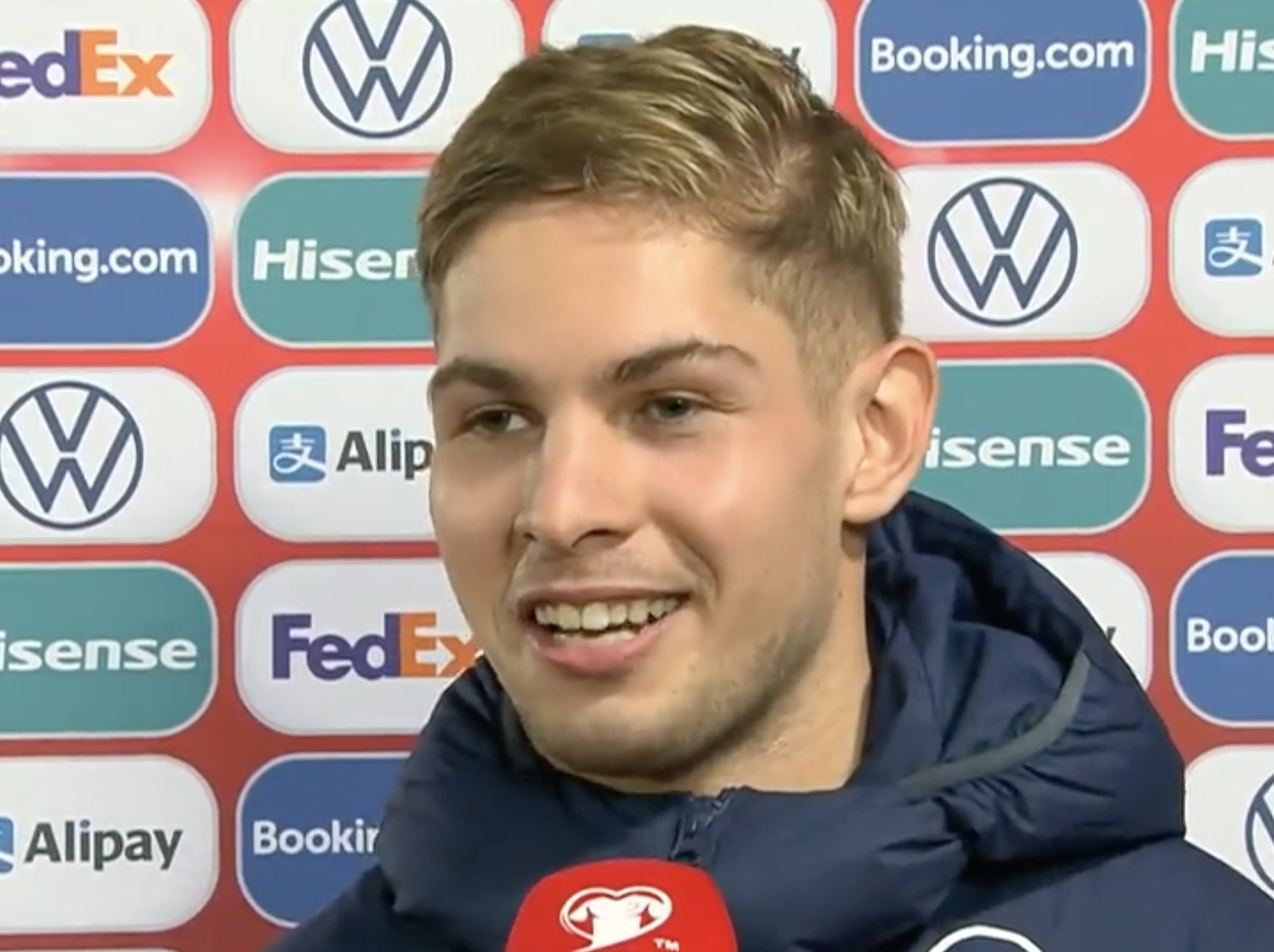 Emile Smith Rowe has spoken out about his special bond with Arsenal teammate Bukayo Saka after scoring in his first England start during the 10-0 win over San Marino.

After coming off the bench against Albania on Friday night, Smith Rowe was given the chance to impress from the start against the lowest ranked team in international football, with England needing just one point to qualify for next year’s World Cup in Qatar.

The 21-year-old’s fine cross set up Harry Kane for his second goal of the night, before the Arsenal academy graduate got in on the act himself midway through the second half following deft interplay with Roma striker Tammy Abraham to increase England’s lead to 7-0.

Speaking after the match, Smith Rowe reflected on his first senior international goal, before explaining just how special it was to play alongside Saka.

‘I’m buzzing to be honest, but the main focus was qualifying tonight and we’re happy we done that today,’ he said.

‘I think Bukayo crossed it and Tammy flicked it on and I shouted for him and it was a decent finish to be fair so I’ll take it.

‘It’s a bit surreal to be honest, its a shame that my parents were unable to be here see it, but I’m sure they’ll be proud.

‘Coming away I’ve learnt a lot and I’m so grateful to have the opportunity to play. I’m just going to keep working hard and we’ll see what happens.

‘[Saka and I] have been so close for so long, we grew up together, we played together at the academy at Arsenal.

‘To see him play for England, I’m really proud of him and everyone at Arsenal is as well and it was a pleasure to play with him for England tonight as well.’

When asked about whether he was eyeing a place in the England squad for the World Cup, the 21-year-old added: ‘It’s a target, that’s something that I’m going to reach for, but it was great to score tonight and that’s a start.’