Last Monday, as fans, journalists, pundits and players prepared themselves for the somewhat self-induced delirium of the following afternoon’s England squad announcement, Gareth Southgate’s notorious pragmatism reappeared to take the edge off.

It was revealed that the coach would only be naming a provisional Euro 2020 squad on the Tuesday, diluting that impending delirium and delaying the more vociferous debates around the group of players that will be representing England at this summer’s tournament.

In line with the other provisional squads that have thus far been announced for the Euros, a 29 or 30-man troupe was expected, with Southgate then to cut that down to 26 or fewer come this Tuesday. Instead, the former England midfielder named 33 players in his provisional squad.

It was a move that seemingly marked the peak of the coach’s pragmatic tendencies but was justified by the man himself – fairly – with the argument that some of those players are still recovering from injuries and others would be playing in the Europa League or Champions League final.

That Southgate picked as many as 33 players for his provisional squad does, nevertheless, suggest that the 50-year-old will make use of all 26 spots available to him for his final group, and here The Independent evaluates which seven players are most likely to be cut – or perhaps should be – in time for Tuesday’s announcement. 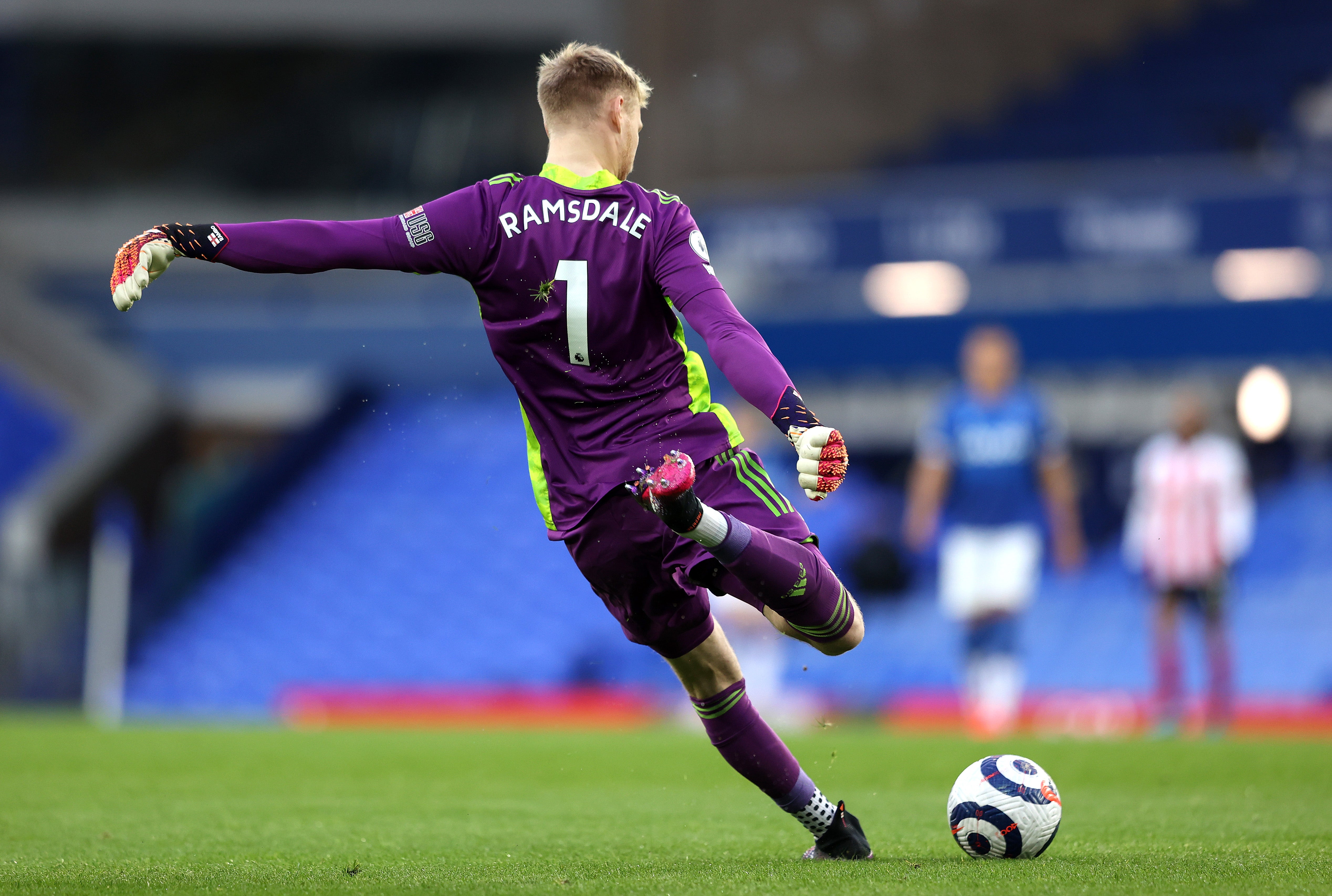 The Sheffield United goalkeeper was an unexpected, perhaps bonus inclusion in Southgate’s provisional squad. The manager elected not to take a chance on Nick Pope, as the Burnley keeper’s knee surgery will surely leave him compromised during the Euros, and that meant Manchester United’s Dean Henderson, Everton’s Jordan Pickford and West Brom’s Sam Johnstone were the obvious three to select. The trio were in fact picked but with Ramsdale, 23, joining them. In all honesty, there is unlikely to be any chance of Ramsdale receiving his first senior cap this summer – or even securing a seat on the bus.

The Brighton centre-back was arguably the most surprising inclusion of all. White’s call-up marked his first for England, with the 23-year-old not having even been involved in any of the Three Lions’ youth teams in the past. White has been a stalwart for Brighton this season, however, starting in 36 Premier League games and completing 90 minutes in 32 of them.

That level of reliability surely played a large part in Southgate’s decision to select the centre-back, though more important was likely the fact that six of White’s 11 fellow England defenders could have been in European action last week. With that group having emerged unscathed from the Europa and Champions League finals, White’s hopes of a place in the final squad have likely evaporated. 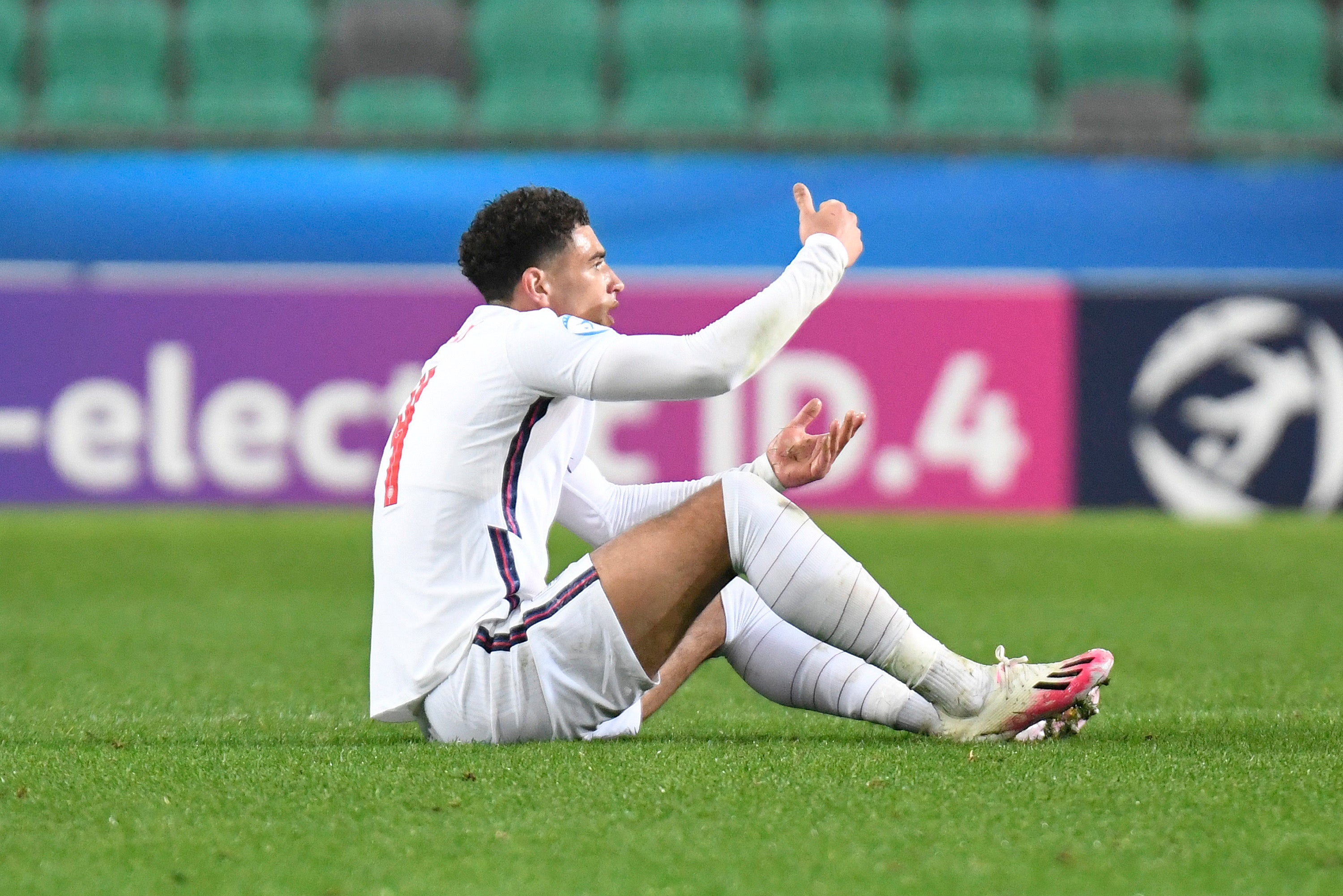 Most would argue that Everton’s Godfrey was a more understandable inclusion in defence than White. Also 23 and also uncapped at senior international level, what Godfrey has that White doesn’t is experience in England’s youth set-up. Not all of that experience has been positive, with the centre-back involved in England’s disastrous Under-21 Euros effort earlier this year, but that can serve as decent preparation for the trials and tribulations that the senior squad tends to face.

Many felt that Fikayo Tomori, who has impressed for AC Milan while on loan from Chelsa this season, should have gotten the nod over Godfrey. Consolation for that segment of fans may well be the fact that Godfrey will probably miss out on the final squad, with Southgate expected to favour experience.

That’s right. In this case, the suggestion is not so much that Alexander-Arnold shouldn’t go to the Euros, but rather that he quite possibly won’t – either way, that is a testament to the fact that this is the deepest pool of talent an England coach has been able to dip into in over a decade. No, the Liverpool right-back hasn’t enjoyed his finest season. Yes, he crucially came to life as the term neared its conclusion. The issue is less about Alexander-Arnold and more about the other candidates in the 22-year-old’s position. 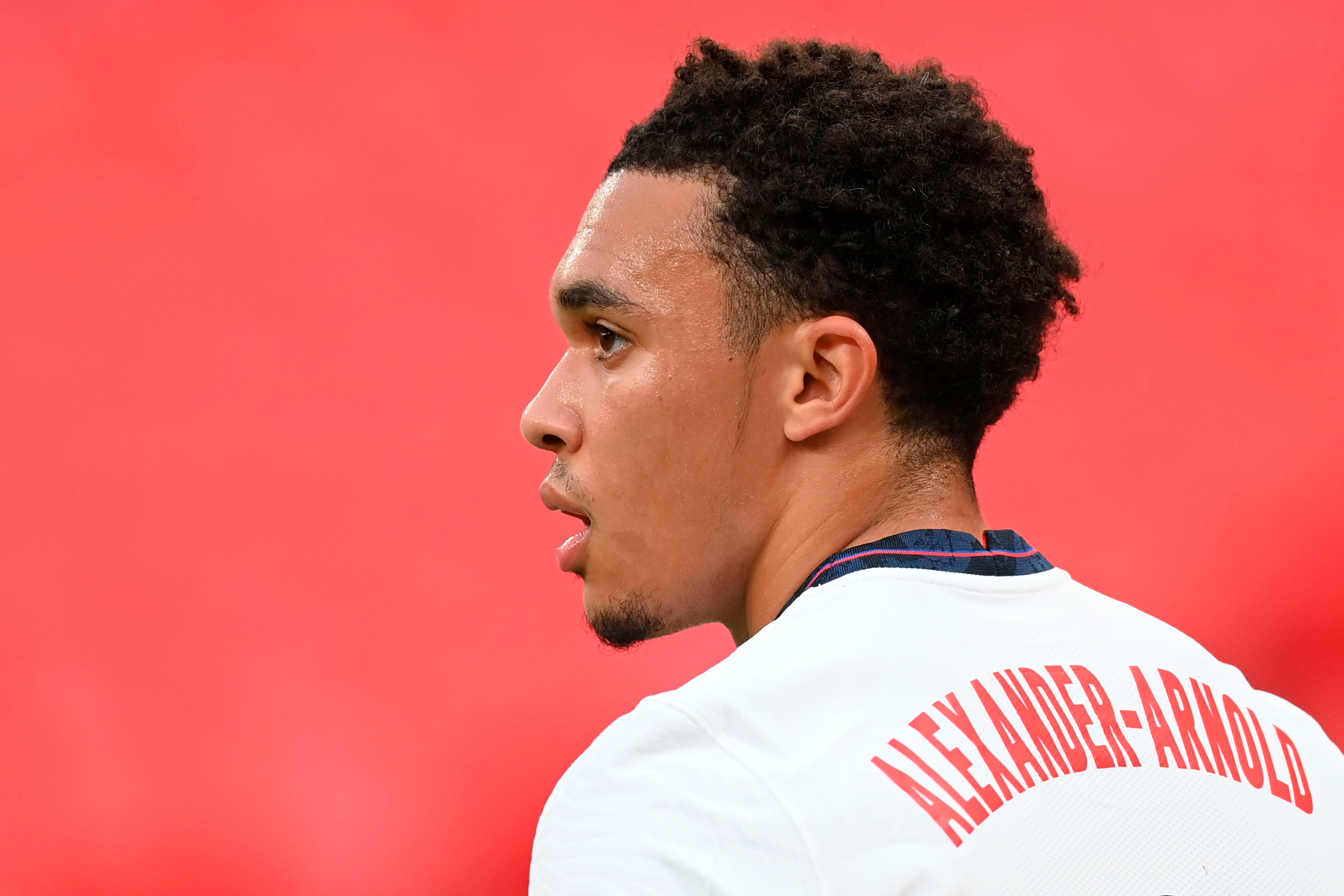 Kieran Trippier is the most solid of the four right-backs in Southgate’s provisional squad and was part of the Atletico Madrid team that came up clutch this month in winning La Liga on the final day of the season. The mentality required to pull off such a feat could be invaluable this summer. Man City’s Kyle Walker, meanwhile, is still prone to the occasional error but has improved immensely in recent times and can also play on the right of a back three, as he did at the 2018 World Cup. Then there’s Chelsea’s Reece James, who has displayed even greater versatility this season at right-back, right wing-back and even in central defence more recently. The 21-year-old was a standout performer at the weekend as Chelsea beat Man City in the Champions League final – a showing that might have sealed James’ spot in the Euros squad.

Alexander-Arnold can miss out on the Euros while still being an ‘England international’. Whether he is included on Tuesday or not, he will feature heavily for the national team in the coming years. That is worth remembering.

This is where it gets even trickier. England have greater depth in midfield than in any other area of the pitch, with most of those selected for the provisional squad having enjoyed impressive club campaigns this season. In fact, the depth lies with the creative contingent. Southgate only has three out-and-out defensively-minded midfielders, meaning West Ham’s Declan Rice, Leeds’ Kalvin Phillips and Liverpool’s Jordan Henderson are all likely to go to the Euros – even if the latter isn’t at 100 per cent fitness by the time the competition begins. 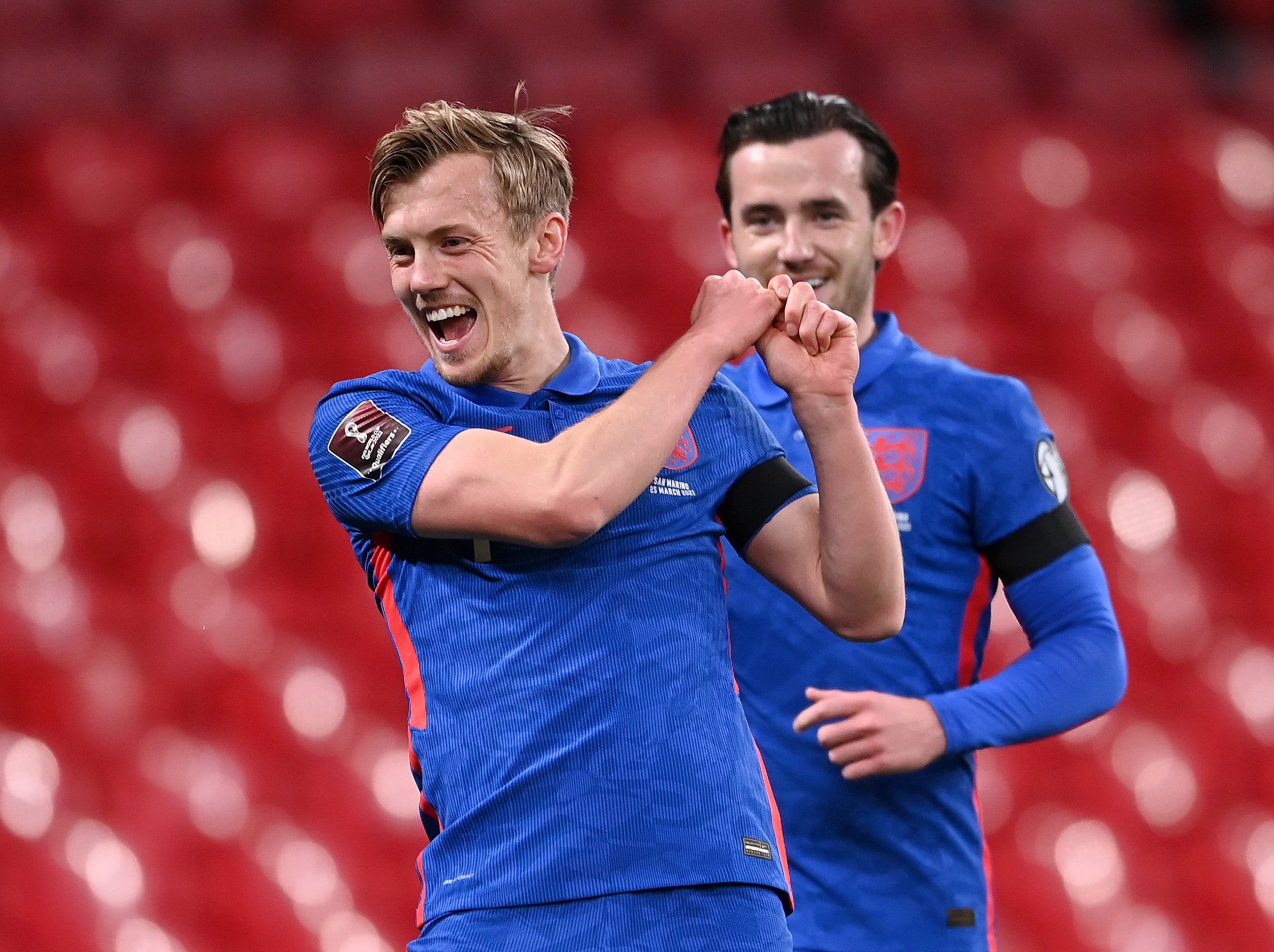 It is elsewhere in the midfield that Southgate will look to shave the squad, and it feels like Jesse Lingard – on loan at West Ham from Man United – might edge out Ward-Prowse, with Phil Foden, Mason Mount and Jude Bellingham seemingly locked in and the semi-fit Jack Grealish a favourite of Southgate’s. Ward-Prowse’s dead-ball deliveries alone might be enough to earn the Southampton man a spot, but when it comes to all-round game, it is hard to overlook Lingard’s searing run of form in recent months. That said, Southgate may believe that Borussia Dortmund youngster Jude Bellingham has the versatility to keep out Lingard as well.

Moving on to the forward line, Watkins feels somewhat like the outsider. It seemed as though there would only be room for one of Southampton’s Danny Ings, Leeds’ Patrick Bamford or Aston Villa’s Watkins in the provisional squad, and it was the latter who secured that spot. Any celebrations may be short-lived, however, with any of the above trio expected to be cut if they were to make the provisional squad.

Watkins, 25, scored 14 Premier League goals this season in his debut campaign in the top flight. He did as much as – if not more than – what could have been expected of him. For England, he has one goal in one senior appearance. Again, he did everything one could possibly expect of him in that brief opportunity off the bench in March. It is a little cruel, therefore, that none of that is likely to be enough to seal a spot in the final squad. 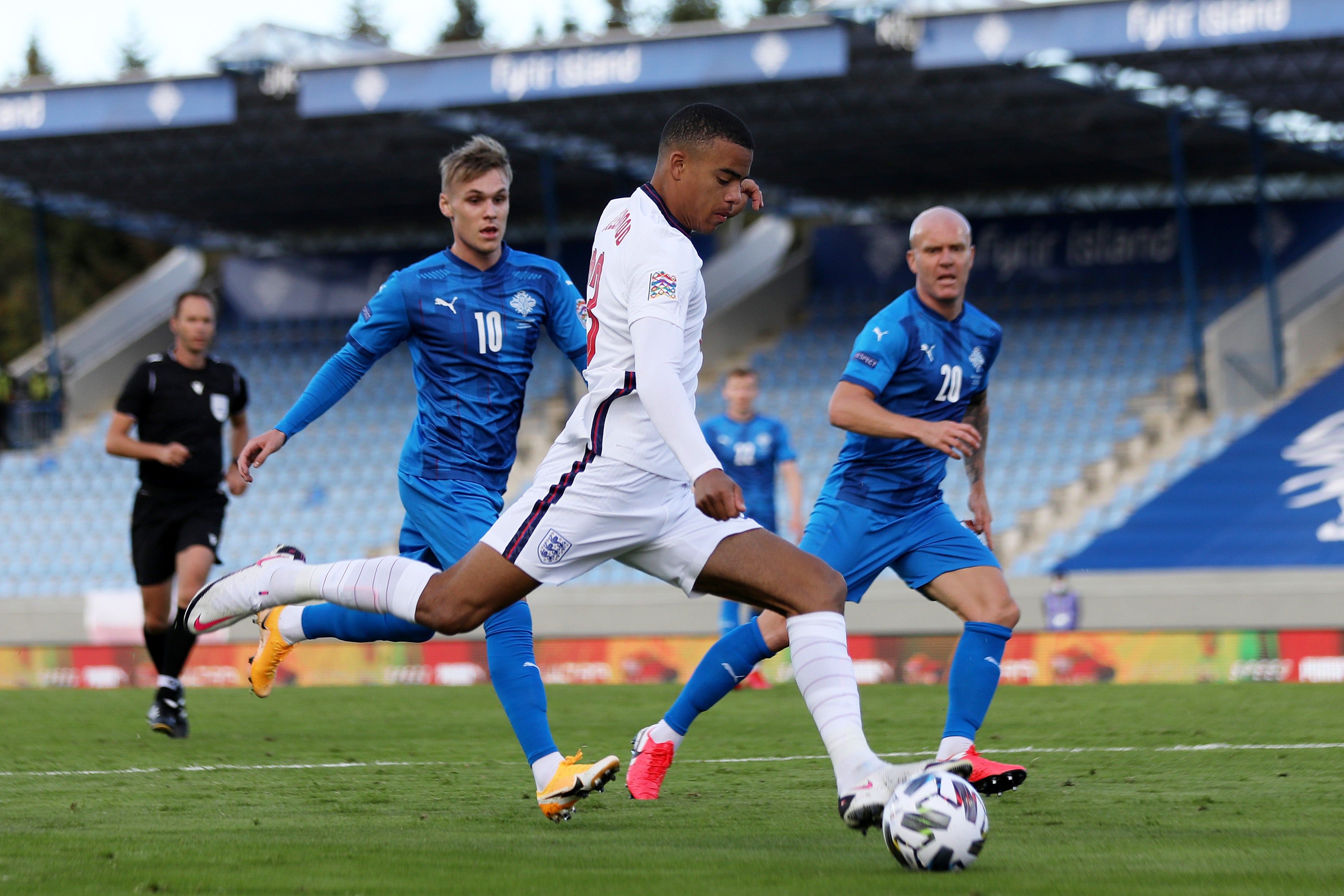 Again, things get tricky here. Greenwood’s goalscoring instincts are unquestionable, but the 19-year-old has struggled to show them this season with anywhere near the frequency that he did last year. Add to that the Man United forward’s indiscretion in an Icelandic hotel while on England duty in September, and Southgate may not feel that there is enough upside to including Greenwood in his final squad this time around. Yes, Foden was also involved in that incident in Iceland, but the 21-year-old has moved forward and hit the best form of his young career in the time since.

With captain Harry Kane and Dominic Calvert-Lewin on hand, Southgate is essentially forced to pick between Greenwood and his United team-mate Rashford for what is essentially a striker/winger spot. Both have underperformed this season, but Rashford’s maturity cannot be called into question. The 23-year-old is also more effective when deployed out wide than Greenwood is. Given his youth, there will be plenty more opportunities for Greenwood at major tournaments in the future – assuming he stays healthy at the right times. Right now, it does not feel as though England’s chances of lifting a trophy depend on the young striker. One day, that may well change. But he can wait until then, and so should Southgate.