England fans say they would sack head coach Gareth Southgate before the World Cup but are torn over who should replace the 52-year-old. In a poll of Express Sport readers, supporters are split between Graham Potter, Eddie Howe and Brendan Rodgers as Southgate’s successor.

The Three Lions have struggled for form in 2022, failing to win any of their last six matches. They now have no more fixtures to overcome their woes before their World Cup opener against Iran on November 21.

Fans have questioned plenty of Southgate’s decisions – from his persistence with the out-of-form Harry Maguire, to his nullification of his attacking players. And they have now decided that the former Middlesbrough boss should be dismissed if England have a chance of going far in Qatar.

An Express Sport poll of 1,993 fans has found that 56.1 per cent of respondents think Southgate should be replaced before the World Cup. But there could be an even stronger debate over who the next England manager should be.

New Chelsea head coach Potter received the backing of the most fans, with 23.9 per cent of the vote. Newcastle manager Howe came in second place with 23.2 per cent. The under-pressure Leicester boss Brendan Rodgers was picked by 18.7 per cent, meanwhile. 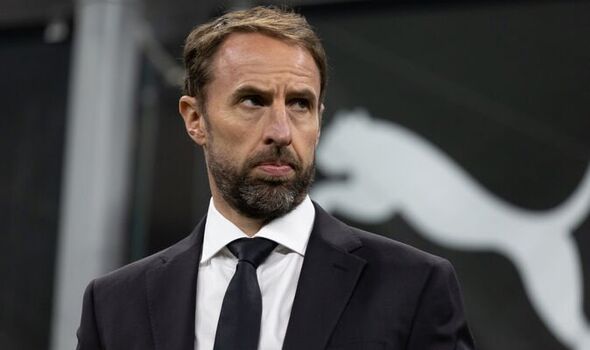 If Southgate remains in charge, fans have told him that he must change his tactics. He has adopted a 5-2-3 formation for much of his time in charge, which has limited England’s talented attacking players.

In total, 88.3 per cent say that the tactics must change. Fans have called for Southgate to switch to a back-four formation, which was used for the improved second-half performance against Germany when England scored three goals in the 3-3 draw.

Three Lions supporters are not hopeful of going far at the World Cup, with 35.4 per cent saying Southgate’s side will reach the last 16. A total of 22.3 per cent believe England will not overcome a group of Iran, USA and Wales. 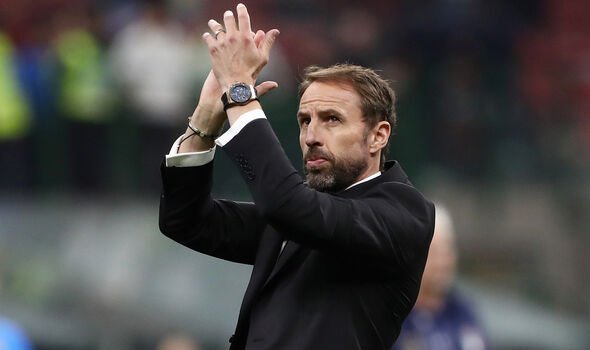 A quarter-final finish is possible, according to 31.1 per cent of fans. But only seven per cent think England will match their 2018 performance by reaching the semi-final, while an optimistic 4.2 per cent say the team will reach the final.

Southgate is backing himself to be the man to take England to the World Cup, insisting performances have not been as bad as many have claimed. He said after Sunday’s 3-3 draw with Germany: “I think I’m the right person to take the team into the tournament.

“I think it’s more stable that way without a doubt – and I don’t think the performance against Italy was far off. Nobody is going to enjoy being booed by the supporters at the end of the game.

“But I understand the job. It is what football management is. Whenever you have a difficult run of results, it is always going to be the manager who deals with it. That’s the job and I’ve got to get on with it. I’ve seen every other England manager have it. So I wasn’t, and never have been, carried away by praise. I know how the game is. It turns so quickly but you’re judged by results, and that’s that.”