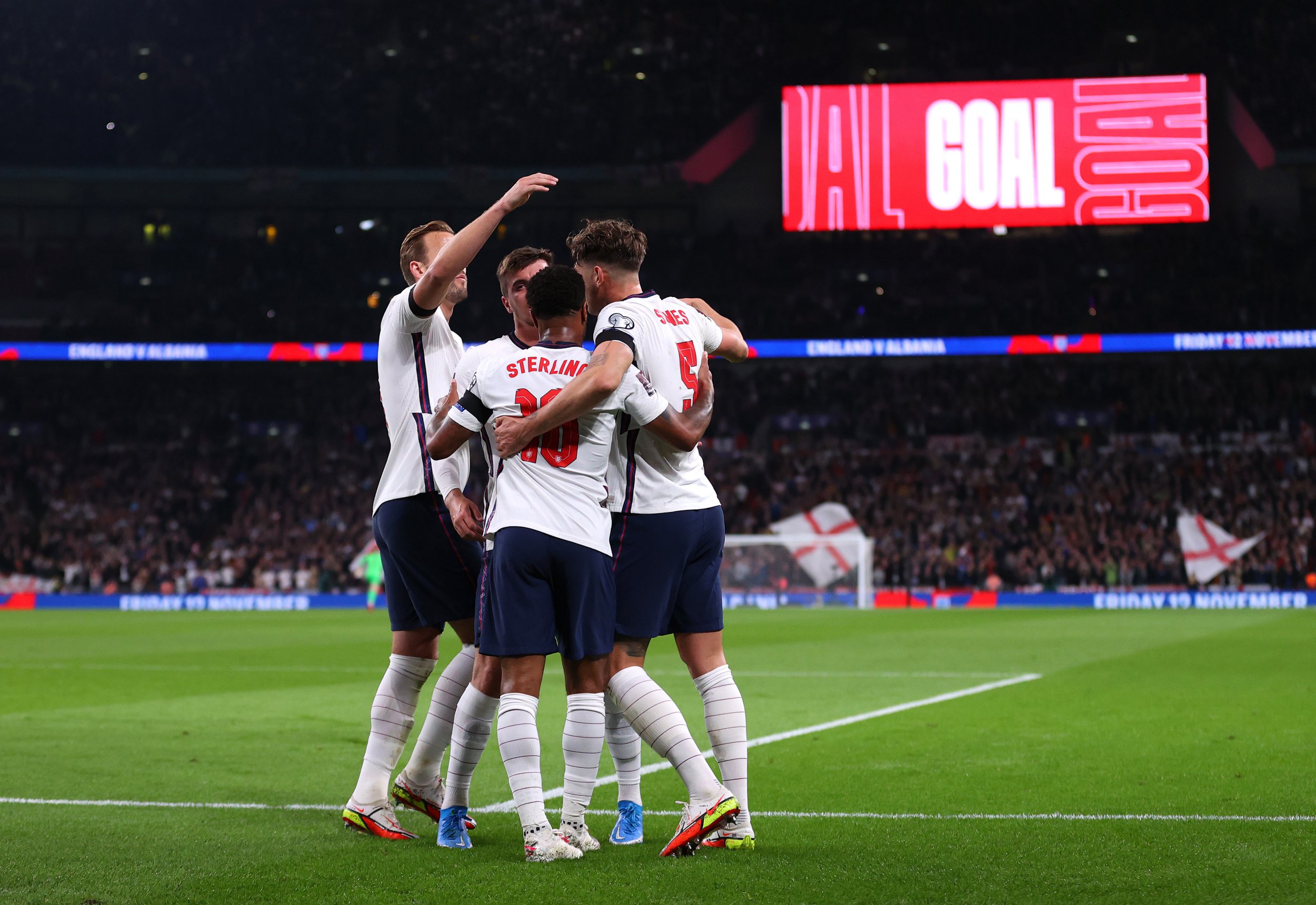 England are now in all likelihood just one win away from securing qualification for the 2022 World Cup in Qatar despite only drawing 1-1 at home to Hungary in a match that was overshadowed by fan violence.

Hungary went ahead on the night from the penalty spot but John Stones equalised just before half-time, though an out-of-sorts England were unable to find a winner on a largely frustrating evening at Wembley.

Elsewhere in the group, Poland beat Albania to move three points behind England, but the Three Lions’ superior goal difference means a victory against either Albania or minnows San Marino in November will almost certainly guarantee their qualification.

The match was expected to be a heated affair after Raheem Sterling and Jude Bellingham were racially abused in the reverse fixture in Budapest last month and the visiting supporters once again booed England’s players when they took the knee during kick-off.

Minutes later there were ugly scenes in the away end as Hungarian fans clashed with police, though as things cooled down in the stands they started to heat up on the pitch.

Luke Shaw was deemed to have cleared the ball with a high boot inside the box and, despite not making any contact with Loic Nego, the referee awarded a spot-kick which was dispatched by Roland Sallai.

England were looking slow and laboured on the ball – their struggles typified by a lacklustre display from skipper Harry Kane – while Hungary defended stubbornly and resolutely.

Gareth Southgate had opted to dispense of his usual formation with two holding midfielders, instead playing Phil Foden and Mason Mount ahead of a lone pivot in Declan Rice, but the line-up struggled to click and the West Ham man was often left isolated.

But shortly before the half-time break England got back on level terms from a free-kick; Foden whipped in a dangerous delivery and as the ball evaded a host of players, Stones was on hand to bundle home from close range.

That goal did not galvanise England like Southgate might have hoped, though, and they continued to struggle to break Hungary’s rear-guard down in the second period while also gifting opportunities with careless play at the back.

Stones came close to netting a second goal shortly after the hour-mark, heading another superb Foden delivery just wide of the far post, while Kane slid Sterling through one-on-one but his effort was saved.

Substitutes Tammy Abraham and Ollie Watkins both came close to netting late winners, but Hungary largely held on quite comfortably as the Three Lions continued to huff and puff without much joy.

Irrespective of the result on Tuesday night, England knew they would have to wait until November to book their place at the World Cup when they take on Albania, who lost at home to Poland; the Poles are now second in the table, three points behind England with two games to play.

Southgate’s side have +4 better goal difference than Poland and take on Albania next at Wembley before what should be a routine victory over San Marino, who they put five past in the reverse fixture.