England boss Gareth Southgate has confirmed that Harry Maguire “will be involved” in some capacity against Scotland on Friday night at Wembley. Southgate has faced tough questions on his decision to select Maguire to his 26-man England squad despite doubts on his fitness.

Maguire hasn’t played since the beginning of May after picking up an ankle ligament injury playing for Manchester United.

He’s been unable to feature for England so far with Tyrone Minds playing aalongside John Stones in defence against Croatia in their Euro 2020 opener last weekend.

England can secure their place in the last-16 against Scotland on Friday night with Southgate set to make a decision on his starting line-up.

All eyes will be on his defence though with Maguire returning to full training earlier this week.

JUST IN: Harry Maguire says he’s ready to bring the noise on his England return 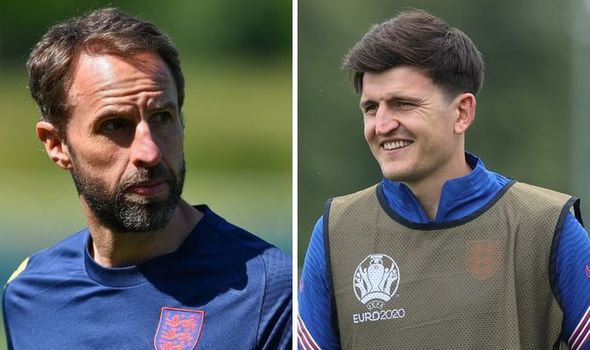 And Southgate has suggested the United centre-back could be available to start the match against Scotland.

“Harry will be involved tomorrow, the decision we have got to make is whether he is ready to start,” he said.

“We are really pleased with his progress, he has trained with the team for four or five days now and he has had no reaction.

“He is on a really good path. We want everyone available, it causes difficult decisions but we have 26 players on the training pitch and that is a great position to be involved in.”

Games against ‘The Auld Enemy’ have often been blockbuster encounters with fans from bith sides making their voices heard.

There could well be fireworks on the pitch as well with Scotland needing a result to keep their hopes of progressing to the next round alive.

But Southgate insists his England side won’t let the emotions of the occasions distract them from the task at hand.

“We know that we have got to compete because otherwise you can get overrun in any game,” Southgate said. 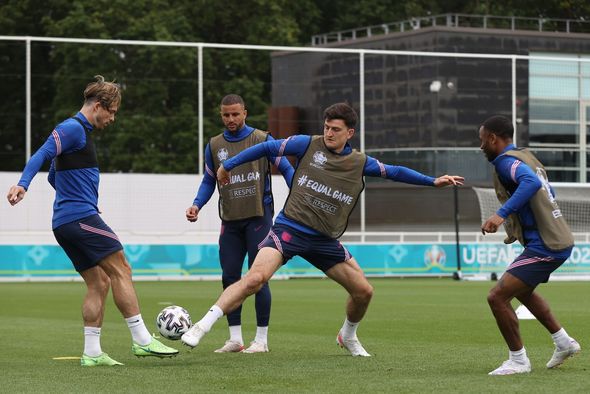 “Our focus has got to be on performances getting better with every game we play.

“For the fans and us it is a big occasion but it is another opportunity for three points and our objective is qualification. That is what we have got to focus on.

“In the past we have done that very well. We did that on Sunday, Sunday was a big occasion for everyone and we handled it very well.”