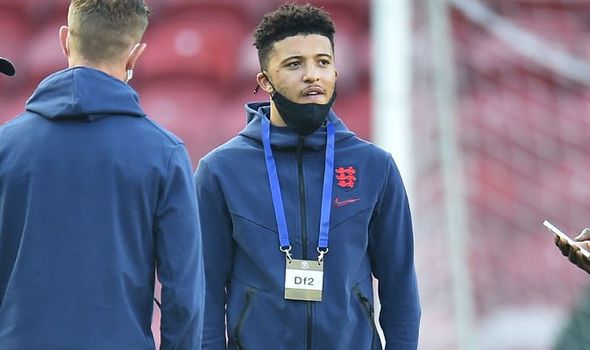 Jadon Sancho – England’s half-forgotten man – will be sent out against Romania and given the best part of 90 minutes to remind fans there is life outside the Premier League.

The 21-year-old has started just one game of football in England in the last 18 months – the 3-0 international friendly win against the Republic of Ireland in November in which he scored.

He was still recovering with a thigh-injury when the rest of this Dortmund team faced his former club Manchester City at the Etihad in the Champions League in April.

So, as far as the majority of the short-sighted English public is concerned, he might just as well have not existed.

It is a state even Gareth Southgate has picked up on this week, with Atletico Madrid’s Kieran Trippier similarly afflicted. 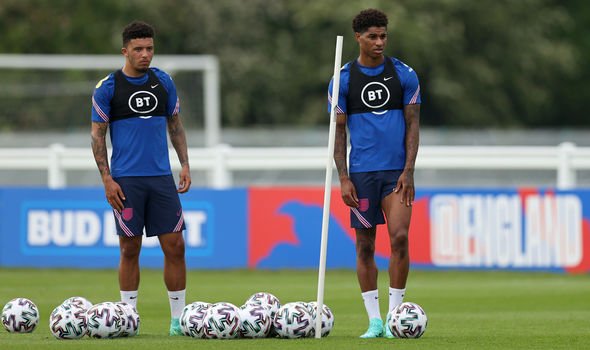 “You know, we, of course, are a bit myopic,” Southgate said. “That’s why people don’t talk about Kieran Trippier, because he’s playing in Spain.

“He’s won La Liga, he’s been voted in the team of the season, nobody mentions him. Other leagues have very good players as well.”

Certainly Sancho is one of them as far as the Bundesliga is concerned.

The illness that ruled him out of taking part in Wednesday night’s tepid 1-0 win against Austria has cleared up and he is back in training at Rockliffe Hall ahead of being given another elusive start on home soil against Romania.

Like Trippier, he will be looking to build on a hugely successful, but largely unheralded, season of club football.

Manchester United have long been linked with a big-money move for a player who developed his skills on the blue half of the city before deciding his options would be too limited among such stellar team-mates.

Dortmund wanted £108million from them in August, but Covid’s financial bite will have a sizeable say in the sale price this summer.

Personal terms were verbally agreed last summer and will not be an issue. Meanwhile, talks are said to be ongoing between the clubs over the amount and the schedule of payments.

In Germany, everybody is wholly aware of the 21-year-old’s value and he won’t be going anywhere cheap.

He was part of the 2019-20 Bundesliga Team of the Year but missed out this season despite continuing his impressive run of statistics. 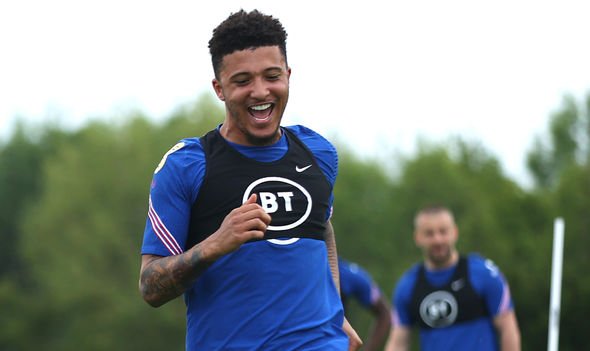 Eight goals and 11 more assists came mainly in an explosive second half to the season, meaning he has been directly involved in 52 goals in his last 59 games.

However, back in the autumn when he last pulled on a Three Lions shirt, he was less convincing.

“Jadon Sancho is not doing it for me – he’s doing it for Dortmund, not for England,” said Chris Waddle, second in the European footballer of the year with Marseille, but another perhaps not quite as appreciated back home while he was lighting up the continent.

With Harry Kane a shoo-in for one of the three forward positions for the opening game against Croatia, Raheem Sterling, Phil Foden, Marcus Rashford and Jack Grealish might all hope to join him, with Bukayo Saka using Wednesday’s game to put in an impressive bid of his own.

In reality, Sancho may just have these 90 minutes effectively to make his mark.