England return to Wembley for a mammoth Euro 2020 semi-final clash against Denmark on Wednesday as they look to set up a mouth-watering tie against Italy or Spain in Sunday’s final: Everything to know ahead of kick-off

A whopping 60,000 fans will be in attendance as England return to Wembley for their enticing Euro 2020 semi-final contest against Denmark on Wednesday night.

Gareth Southgate’s side are looking to progress to their first major tournament final since the 1966 World Cup, having cruised past a hapless Ukraine 4-0 in a stunning quarter-final performance in Rome.

The Three Lions are the only team in the tournament still yet to concede a goal, and with Harry Kane in hot form with three goals in his last two games, they are the overwhelming favourites to reach the final.

However, Denmark simply cannot be written off, claiming impressive wins over Wales and the Czech Republic in the knockouts after rallying following Christian Eriksen’s harrowing cardiac arrest in their opener against Finland.

With the clash quickly approaching, Sportsmail takes you through the all-important information. 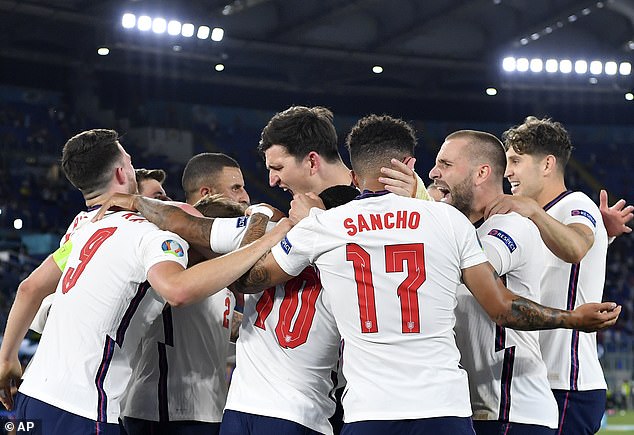 The semi-final clash between England and Denmark will take place on Wednesday, July 7.

The match will start at 8pm BST and will be played at London’s Wembley Stadium, which will hold an expected 60,000 fans.

The pair will have already learned of their potential opponent for Sunday’s final, with Italy and Spain going head-to-head in the other semi-final on Tuesday night.

England vs Denmark will be broadcast for free on ITV 1, with coverage starting at 6.30pm.

UK viewers will be able to stream the match online for free via their ITV Hub.

Sportsmail will also be running a live blog, so you can keep up-to-date with us.

How did England qualify for the semi-final?

England were one of two teams, alongside Italy, who didn’t concede a goal in the group stages 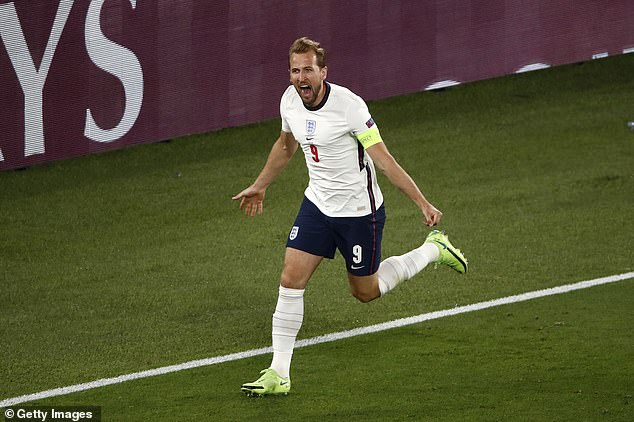 England qualified for the knockouts without ever really getting out of second gear, with 1-0 wins over Croatia and the Czech Republic sandwiching a 0-0 draw against historic rivals Scotland.

There were some initial thoughts that England could have been served best by finishing second in Group D, but after beating Germany 2-0 in the round of 16 the draw really opened up for the Three Lions.

The quarter-final was England’s most routine victory of the tournament to date, with an in-form Kane leading Southgate’s side to a comfortable 4-0 victory.

How did Denmark qualify for the semi-finals? 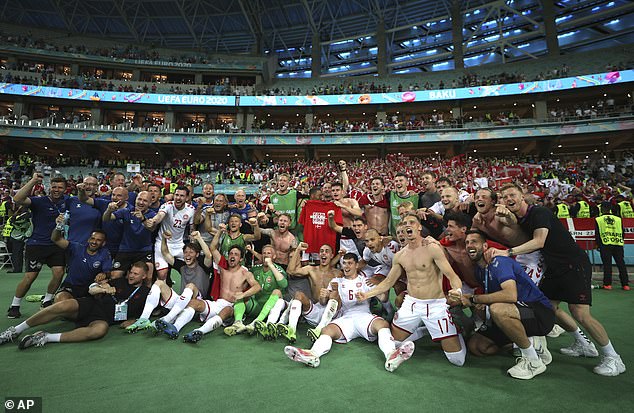 Denmark’s journey to the last-four has been nothing short of inspiring.

They lost their opening two Group B fixtures against Finland and Belgium respectively, following Eriksen’s highly distressing cardiac arrest in their opener.

But they bounced back with a terrific 4-1 win over Russia in their final group game to seal second-spot and a place in the last-16, where they put on a show with a 4-0 win over Wales.

Then came the quarter-finals, and again Denmark put on a solid display, beating the Czech Republic 2-1. 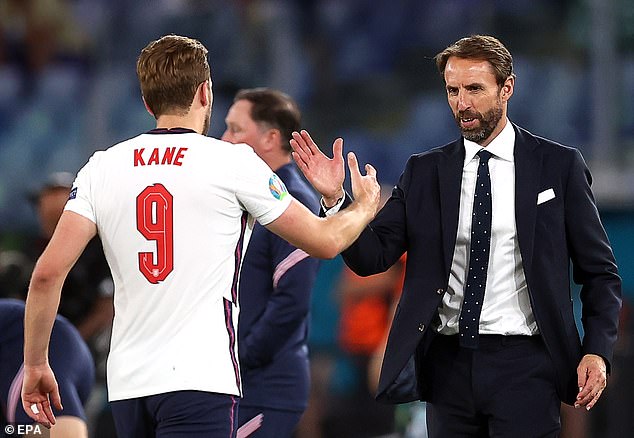 After England switched to a back-five against Germany, they reverted to a back-four in the stunning win against Ukraine, which you would expect to be the same on Wednesday.

The one absentee for the Ukraine game was Bukayo Saka, who was carrying a slight knock, with Jadon Sancho brought in for his first start of the tournament.

Sancho impressed and will be hoping for another start, while the likes of Jack Grealish, Phil Foden and Mason Mount will continue to battle for a place.

Importantly, yellow cards are wiped at the semi-final stage, meaning the midfield duo of Declan Rice and Kalvin Philips – as well as Harry Maguire and Phil Foden – can all relax somewhat.

England vs Denmark: The odds

Still yet to concede a single goal in the tournament, it comes as no surprise that England are the overwhelming favourites to reach the final, particularly as the match is once again at Wembley.

Indeed, England thrived at the Stadio Olympico in Rome for their quarter-final, but home comforts – particularly in front of an expected 60,000 crowd – should provide Southgate’s side with the advantage.

*Odds as per Betfair and correct at the time of publication.