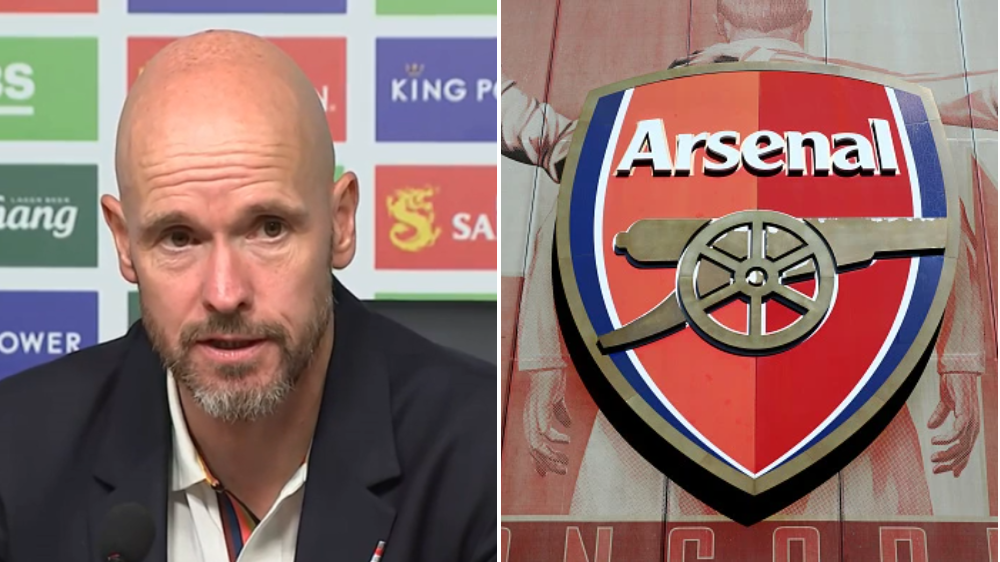 Erik ten Hag has praised the progress Arsenal have made under Mikel Arteta as Manchester United look to end the Gunners’ perfect record at Old Trafford.

Arsenal are the only club in the Football League yet to drop any points this season, with Mikel Arteta’s side beating Crystal Palace, Leicester City, Bournemouth, Fulham and Aston Villa to make a perfect start to the season.

The Gunners enjoyed another productive summer transfer window, bringing the likes of Gabriel Jesus, Oleksandr Zinchenko and Fabio Vieira to the Emirates.

Ten Hag views Arsenal as a ‘tough opponent’ and says Sunday’s clash in Manchester will be a ‘good test’ for his emerging United side.

Manchester United lost their opening two games of the season but responded with victories over Liverpool, Southampton and Leicester City, climbing to fifth in the Premier League.

Looking ahead to United’s clash against the Gunners, Ten Hag said: ‘I have seen Arsenal, tough opponent.

‘They’ve started really well this season and you can see this is a team who have been together longer, who have a coach bringing his philosophy to the team.

‘So for us it’s a good test and I’m really looking forward to it. We will pick the right XI to start. But as you see, it’s not only a team, we have a squad.

‘The subs who came on [against Leicester] did really well. I’m happy with that and that’s what we have to construct further.’

Arsenal boss Arteta, meanwhile, says it is ‘not a surprise’ to see Manchester United get back on track following a dismal start to the season.

Speaking at his pre-match press conference on Friday, Arteta said: ‘When you look at the squad that they have, the players that they have signed the amount of money they have spent in the market, it is no surprise – they are going to win a lot of football matches.

‘The history of Manchester United tells you this is going to happen. They are a big rival, we know that and we are going to compete with them.’