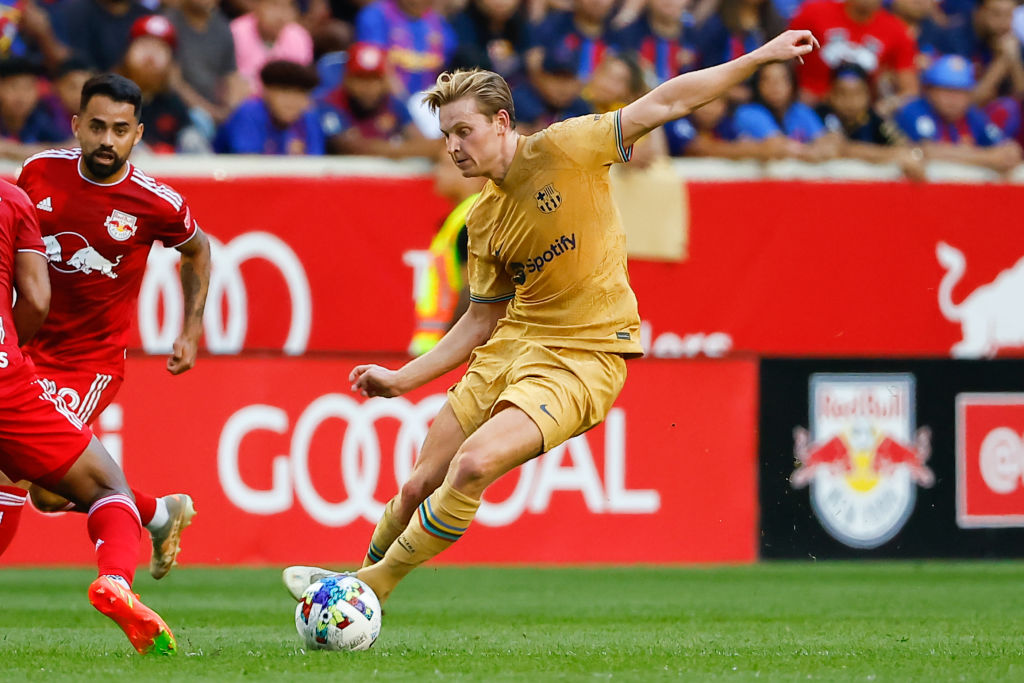 Erik ten Hag has played down Manchester United’s pursuit of Frenkie de Jong and says he is happy with his current midfielders if the club do not sign him.

De Jong has been linked with United all summer and they have even agreed a fee with Barcelona for him, but he wants to join Chelsea and a member of United’s hierarchy has even claimed the Dutchman has rejected a move to Old Trafford.

The situation is further complicated by the fact that Barcelona owe De Jong around €17m (£14m) after he agreed to defer part of his salary to help the club’s financial situation and that boss Xavi is keen to keep him at the Catalan giants.

They have brought in former Tottenham midfielder Christian Eriksen from Brentford, but remain light in that area ahead of their Premier League opener against Brighton on Sunday.

But new boss Ten Hag is happy with his current squad if they do not finalise a deal for De Jong.

‘We want Frenkie? I don’t know,’ he told reporters on Friday. ‘No, hey, it’s about the right players and there are many.

‘But I cannot give comments on a player who is under contract at another club. When we have news, we will give it.’

When quizzed what will happen if De Jong does not join United, Ten Hag added: ‘Then you work with the current squad, and you develop players who are in your current squad.

‘In this moment we have players in that position and they perform really well.’

Meanwhile, Ten Hag has confirmed Anthony Martial will miss United’s clash against Brighton on Sunday through injury, but the Red Devils boss refused to say if Cristiano Ronaldo will start the game.