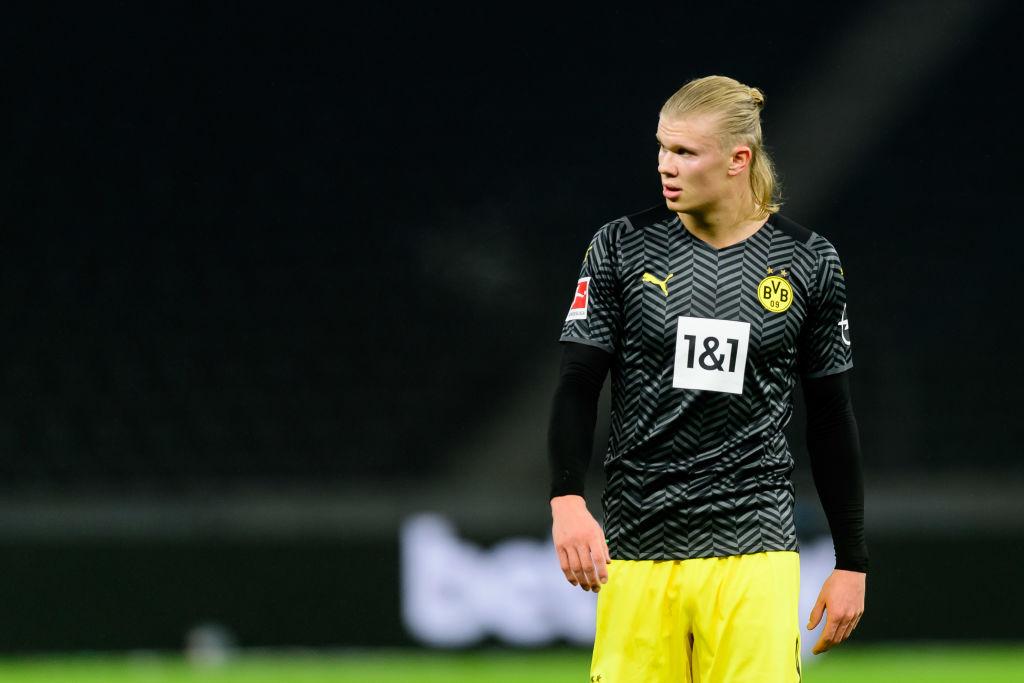 Borussia Dortmund star Erling Haaland has dropped a huge hint over his future after he reportedly let slip to fans that he plans to play in Spain in the future.

Haaland, 21, has established himself as one of the finest attacking players in European football over the last three seasons, netting 76 times in 74 games for Dortmund, and the Bundesliga outfit have grown increasingly resigned to losing the Norwegian next summer.

The former Red Bull Salzburg forward, who finished 11th on the latest Ballon d’Or list, has a £64million release clause in his contract at the Westfalenstadion.

The Premier League’s elite have been heavily linked with Haaland in recent months, with Manchester United, Manchester City and Chelsea credited with an interest. However, it appears England’s giants will be left disappointed in their pursuit of Haaland given he has set his sights on a move to La Liga.

According to AS, Haaland told stunned supporters, ‘I will play here in Spain’, while away on holiday in Marbella with his family. It comes as a huge boost to Real Madrid and Barcelona, who are both chasing the striker’s signature.

Haaland’s agent, Mino Raiola, recently revealed his client had purchased a house in Spain and the Norway international has made no secret of his love for Spanish football in past interviews.

Asked when Haaland’s next move is likely to happen, Raiola told SPORT1: ‘Maybe this summer, maybe the summer after. But there is a big chance that Erling will leave this summer. We will see.

‘He can and will take the next step. Bayern, Real, Barcelona, City – these are the big clubs he can go to. City have won the championship five times in the last few years, much more than United.

‘We all knew when we moved to Dortmund that this step would come.’

‘I’m not sure now they’d go back to Harry Kane next year just basically because of what happened.

‘I think Haaland is going to be the big story. Mbappe is he going to leave as well for PSG that could be the one sort of big switch. He goes somewhere, Haaland goes somewhere.

‘It’s going to be a big summer in terms of transfers and I suspect City, they won’t be desperate because City don’t do desperate business but they’ll be very keen to bring him.

‘He would be another special player in the Premier League.’