‘I felt a hungry club that wanted to attack this game… I felt something special going to happen’: Erling Haaland says he sensed Man City stars wanted to DESTROY rivals United when he returned to the club after the international break

Erling Haaland says he sensed the hunger among Manchester City’s players to destroy Manchester United in Sunday’s demolition derby at the Etihad.

Haaland became the first player in Premier League history to score three hat-tricks in a row at home as City thrashed United 6-3, and he also provided two assists as Phil Foden celebrated a hat-trick of his own.

The Norway striker said: ‘Before the game and in training on Friday, I felt a hungry club that wanted to attack this game which is exactly what we did. It feels amazing. A hat-trick for me and Phil, it doesn’t get better than that. 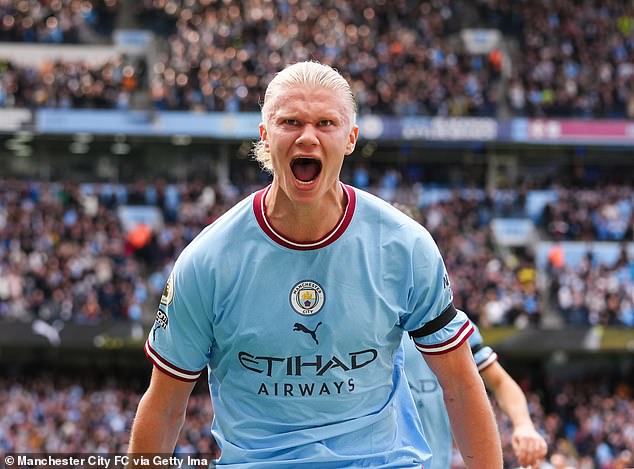 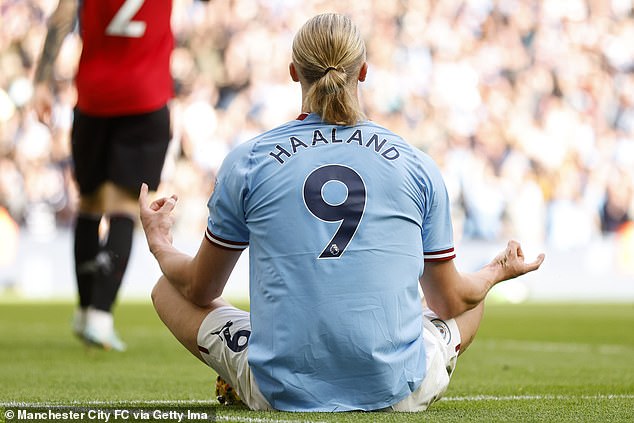 ‘We were with the national teams (last week) playing different games. We came back Thursday for training and I didn’t do a lot, but it was Friday when I felt it. I came to the training ground, and I felt something special was going to happen.

‘It is hard to explain, you have to experience the feeling and the energy around. This is something I can’t explain, it was special, and we showed this.’

Kevin De Bruyne was City’s other standout player who provided an exquisite assist for Haaland’s second goal, and the 22-year-old striker described the chemistry among Pep Guardiola’s side as ‘insane’.

‘Kevin is one player, but I could stand there all day and talk about everybody else,’ added Haaland. ‘It’s insane, the passes, we find each other.

‘I have only been at the club a couple of months, but the chemistry feels so natural. This may be the best part. It’s natural, that I go on the run, and he finds me. 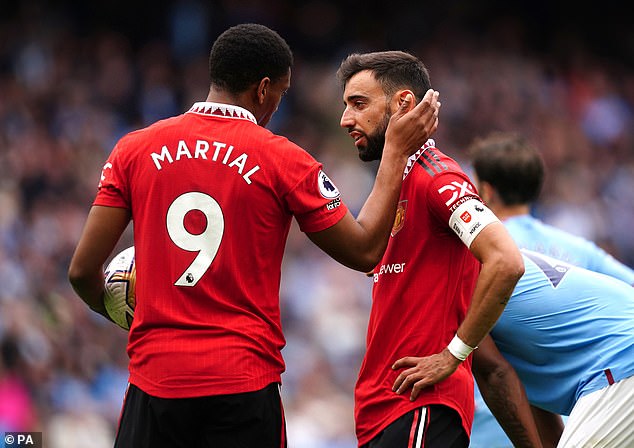 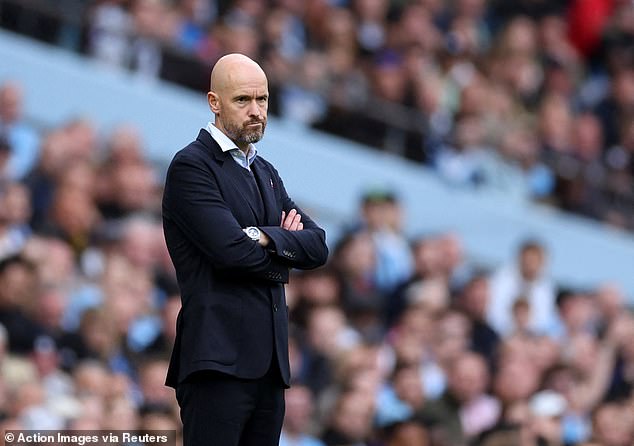 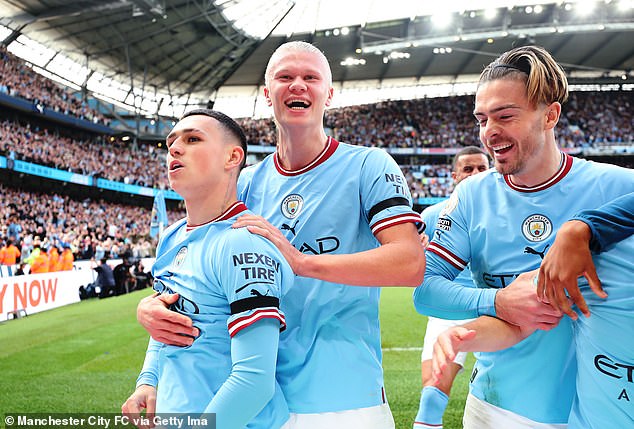 ‘When this feels natural, there is nothing better. It’s fantastic, it is really something special, but we cannot forget about the others. It is not only him, but there are also so many others and other amazing passes.

‘Everybody I am playing with, they make it happen. Without them, I would never be able to do this so praise to them. It is fantastic to play here and I am looking forward to more.’