Home » Soccer » Everton 2020/21: Carlo Ancelotti seeks to get biggest project off the ground 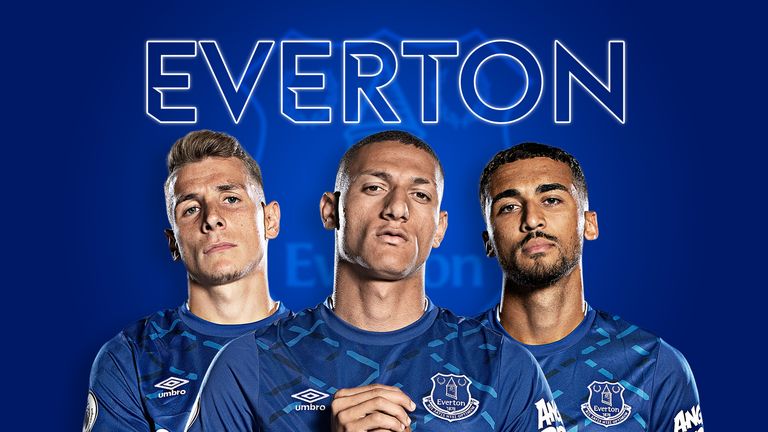 When Carlo Ancelotti and Mikel Arteta sat in the stands at Goodison Park and witnessed a turgid 0-0 draw between their respective new teams four days before Christmas, it was laid bare the scale of the task facing both men.

Arsenal had made their worst start to a Premier League campaign for 26 years, 10th in the table with just five wins out of 17 games. Everton hovered precariously close to the relegation zone, and while Ancelotti managed to bring stability in the second half of the campaign, supporters were left with a familiar taste of underachievement.

But in under a week, over £60m has been spent on three players designed to bring the feel-good factor back to the blue half of Merseyside. 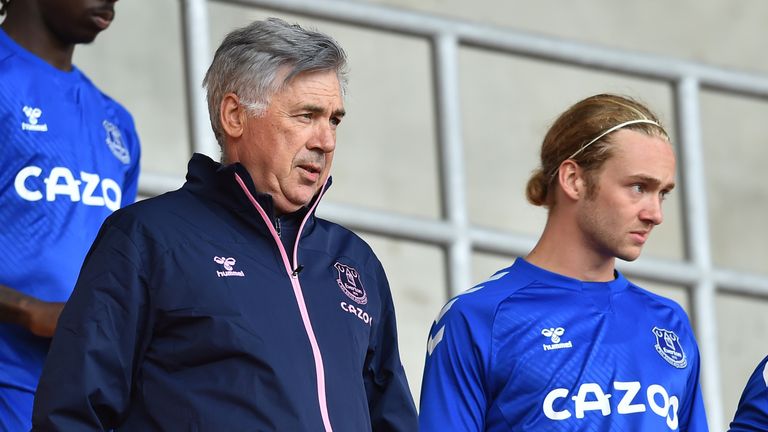 Back when Marco Silva was sacked last winter, there had been speculation that it would be Arteta heading to his other former club Everton with Ancelotti heading for the Emirates given his wealth of experience.

It was questioned whether taking charge of Arsenal would prove a challenge too soon for the Spaniard, but Arteta has already seen the fruits of his labour.

The FA Cup success represented his first piece of silverware in management, and the 38-year-old was quick to state the trophy he won twice as a player was just the beginning. A Community Shield win over Liverpool was also impressive.

But doubts remain over whether Ancelotti and Everton are the right fit. It was in early July when Gary Neville provided a withering assessment of the 1-0 defeat at Tottenham. The team had put themselves in a position to gatecrash the Europa League race, but after an insipid display in north London put an end to those hopes, Neville’s analysis still resonates.

“I hope these Everton players get on the bus and are badly hurting,” he told Sky Sports. “Not just be happy they only lost 1-0, it’s not good enough, this.

“It’s boring. If you can’t call upon your fans at a football match, you have to look like you’re desperate to change the momentum of the game. I’ve not seen any urgency at all.”

Ancelotti must now grasp the nettle at Goodison, starting with an early return to the Tottenham Hotspur Stadium on the opening weekend, live on Sky Sports.

The Italian has settled into his new abode, enjoying waterside strolls close to his house in Crosby, but it is the past fortnight that could prove perhaps the most significant in his tenure having found solutions to improve an error-prone defence and powder-puff midfield.

There were clearly signs of progress under the stewardship of Ancelotti, but the spike in form somewhat fizzled out as the campaign progressed.

The Toffees are among the league’s elite for aerial dominance and their gritty style is reflected with impressive rankings for tackles and pressing from the front.

The team’s strength in aerial attacking duels was further underlined by the 14 headed goals scored – only Liverpool managed more. And Everton created 341 chances last season, the eighth highest in the division – but only converted 44 of those into goals. Their lowest total since 2004/05.

The hope will be exciting new signings James Rodriguez, Allan and Abdoulaye Doucoure can add more quality, aggression and energy in the final third.

What has the manager said? 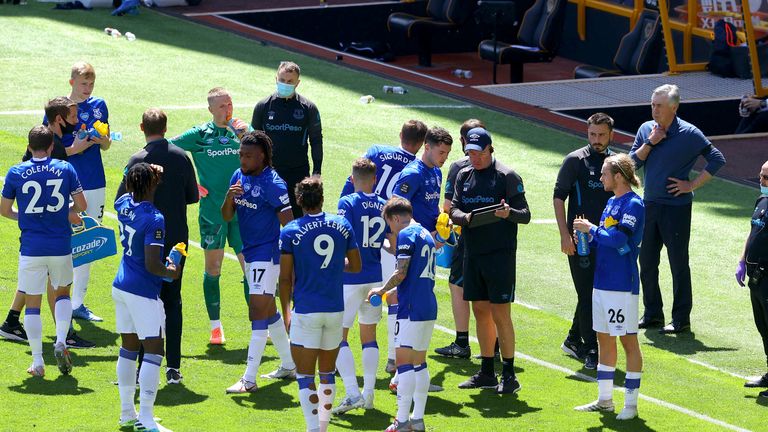 Ancelotti has targeted improved away form in the coming season. Everton secured just five victories on the road in 2019/20, all by a one-goal margin.

“At home, we’ve done well since I’ve been here. Where we need to improve, and the players know, is away from Goodison,” he told Sky Sports in July.

“We were not good enough and this is the step we need to take next season. We need to show a better knowledge and have a better identity.

“The key factor will be the continuity in the sense that we cannot be allowed to play one good game and then two that aren’t good enough. It shouldn’t matter if it’s a home or an away game.”

The numbers back that up – Everton have collected back-to-back wins on three occasions under Ancelotti, and more will be required if they are to kick on.

“We want to make progress,” the Italian added. “The position last season was not enough. We want to improve and we are trying to do everything to improve the squad to be better next season.”

Where they need to improve Only five teams kept fewer clean sheets than Everton’s nine last season while the spotlight will once more be on Jordan Pickford as England’s No 1 following a spate of individual errors, not all of which cost his side last term. Furthermore, only Norwich (18) conceded more goals from set pieces that Everton’s 16, excluding penalties.

Ancelotti will hope Allan – who anchored the midfield for him at Napoli – will be able to help protect that Everton backline, where the return of Jonjoe Kenny and the emergence of 18-year-old Jarrad Branthwaite have eased immediate concerns over requiring further defensive reinforcements. 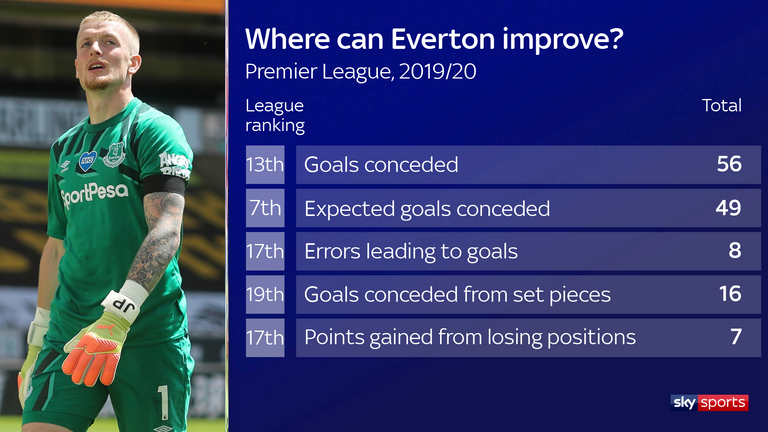 Richarlison remains Everton’s talisman and prized asset. The Brazilian has been challenged by Ancelotti to target a minimum of 30 goals this term having reached 15 in all competitions last time around. 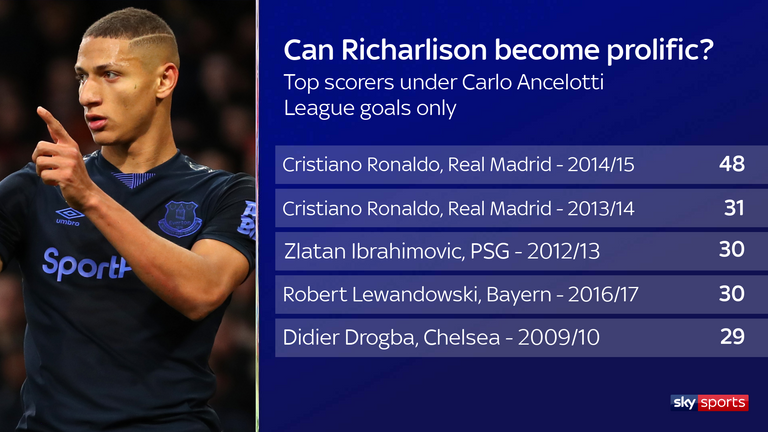 The player himself said he would be happy to “hold out for another season” after being the subject of an £85m bid from Barcelona in January. That was rejected by the Toffees and Ancelotti is hoping to continue to build his side around the 23-year-old Brazilian.

Dominic Calvert-Lewin also ended the season on 15 goals, but he failed to add to this tally following the restart. Both he and Richarlison are likely to improve but both will need help from elsewhere. Bernard and Gylfi Sigurdsson were joint-third in the scoring charts last term with just three apiece. 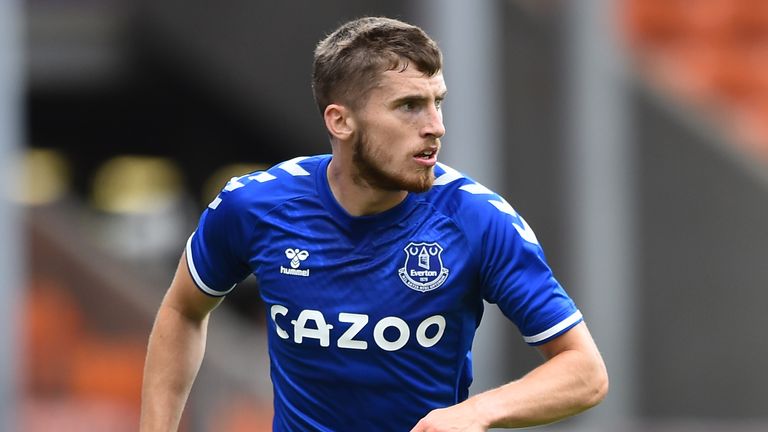 Jonjoe Kenny claimed he returned from his loan spell at Schalke a “better player and better person” – and having decided not to make Djibril Sidibe’s temporary switch permanent, Everton will hope to benefit from the growing maturity of their academy graduate.

It was the same 12 months ago when Mason Holgate returned from his spell with West Brom, and the 23-year-old centre-back has now established himself as a regular first-team player.

Kenny made 34 appearances for the Bundesliga outfit last season, and having been Seamus Coleman’s clear understudy during the 2018/19 season, he will look to seize his opportunities under Ancelotti by providing healthy competition for the club captain. Ancelotti will have learned from one victory in the last six games of last season who he can count on – but it has still proved a challenge offloading the deadwood. This remains a bloated squad despite the departures of Morgan Schneiderlin, Kieran Dowell, Leighton Baines, Luke Garbutt and Oumar Niasse.

Yannick Bolasie and Muhamed Besic have returned from their respective loans at Sporting Lisbon and Sheffield United but their futures lie elsewhere. The same applies to Cenk Tosun, whose loan at Crystal Palace included a £20m option to buy when it was cut short due to injury. 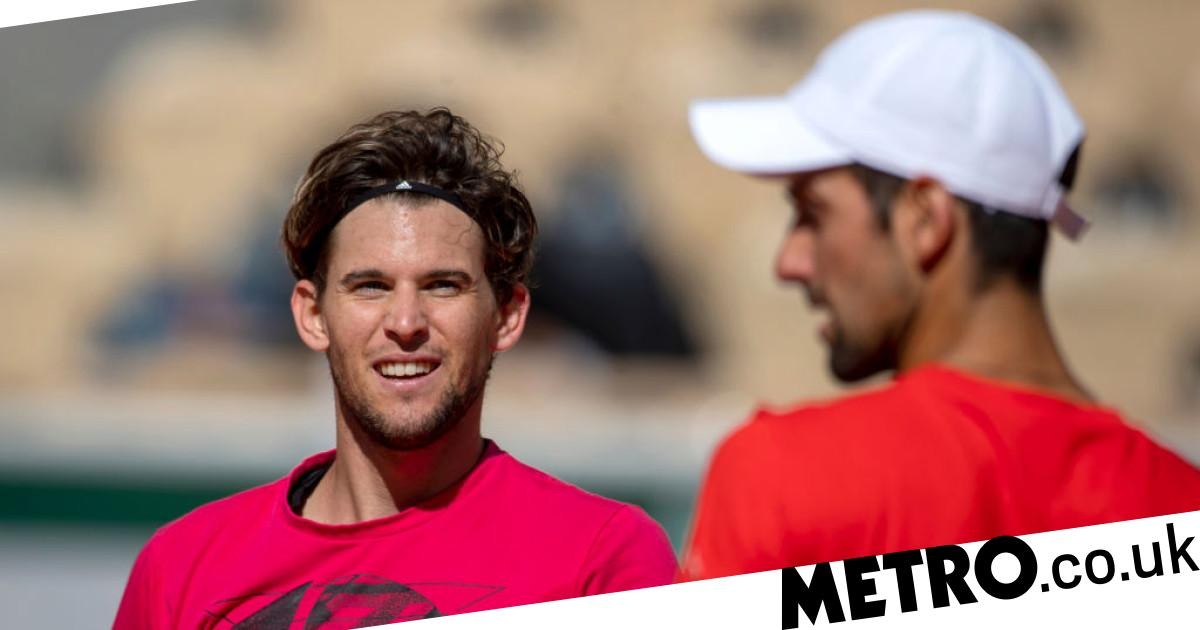 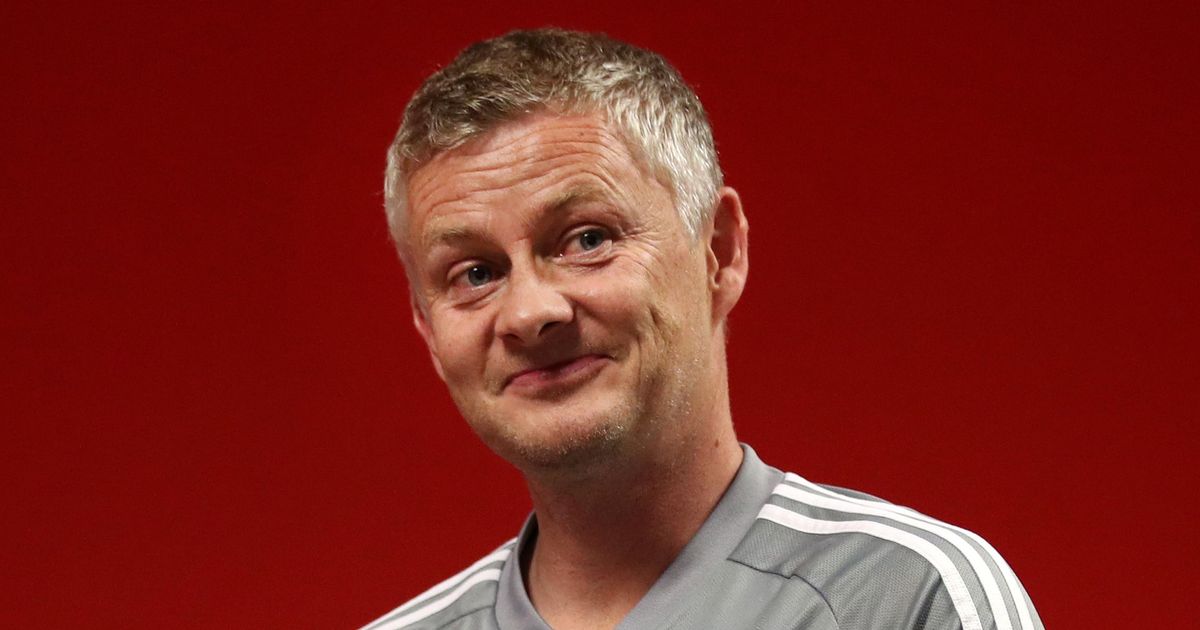 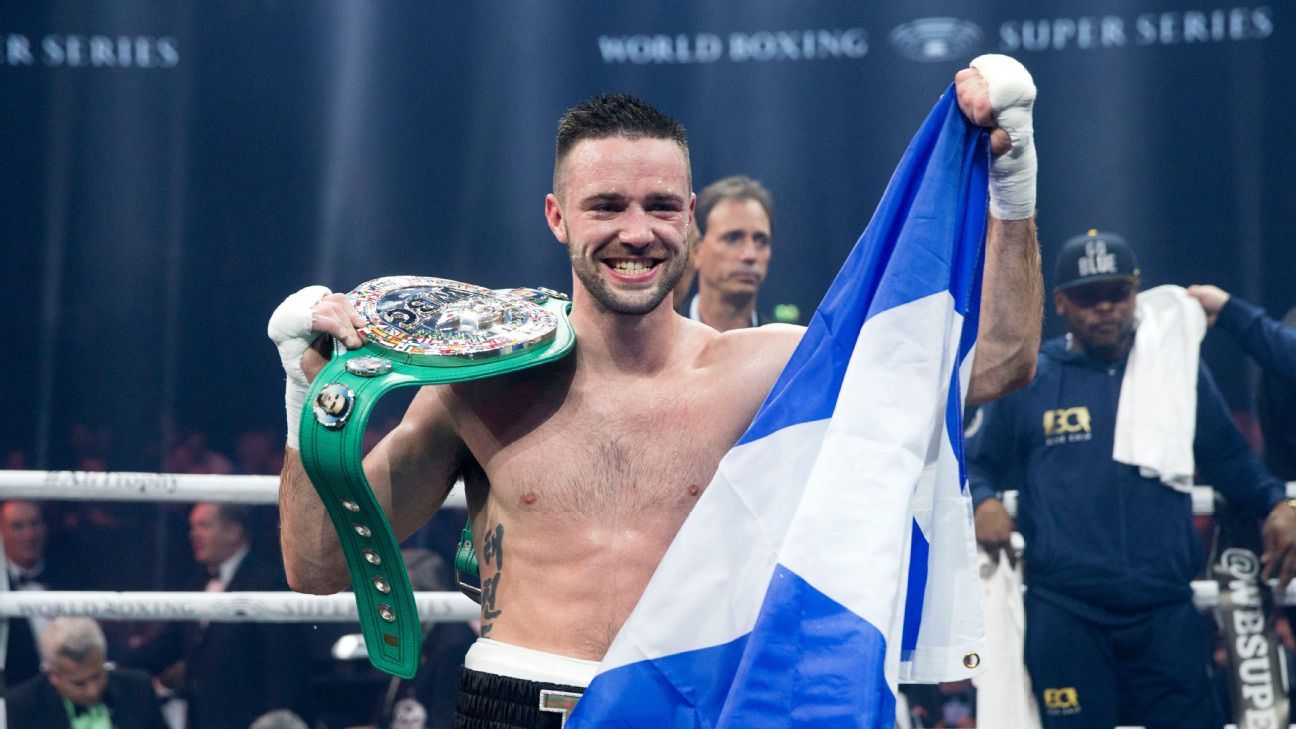 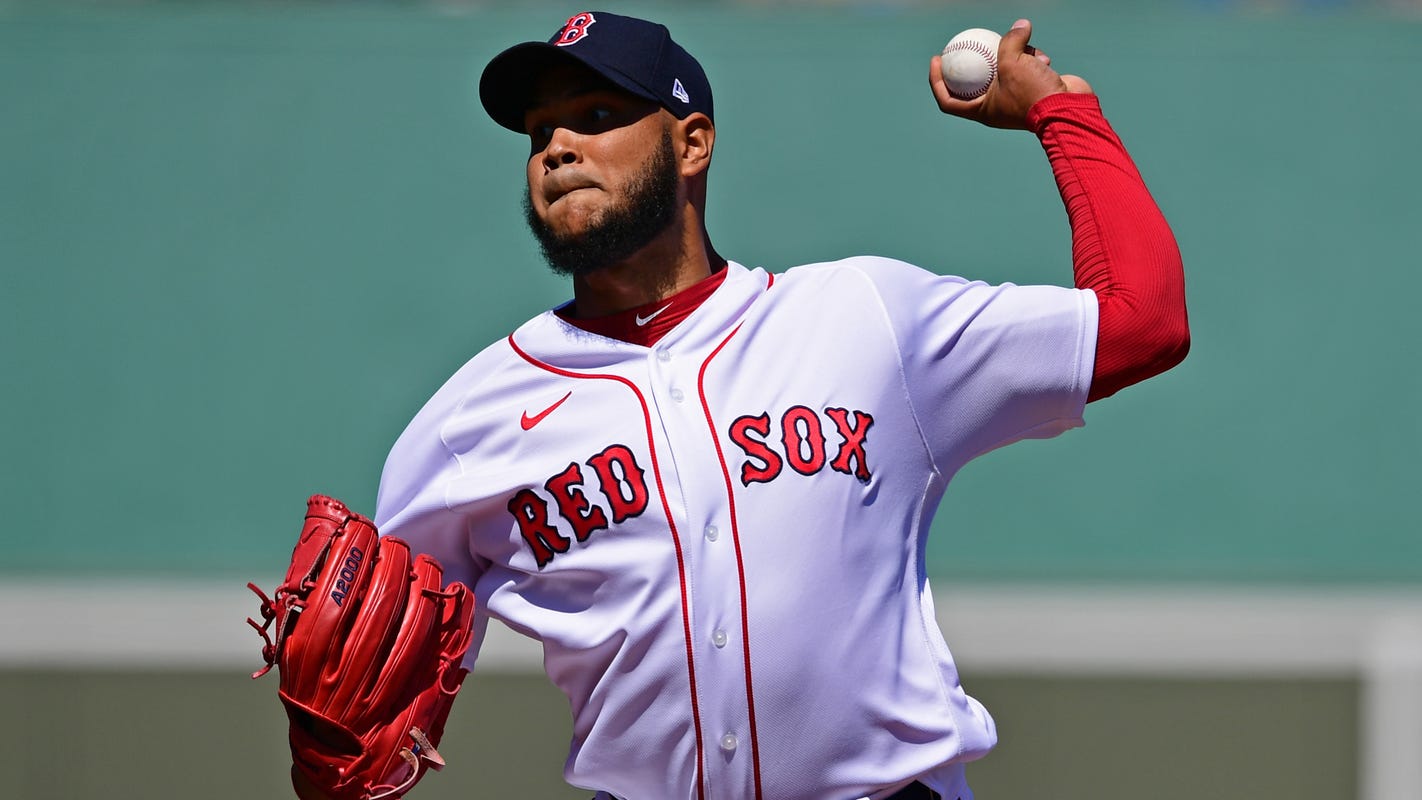