Marco Silva has suggested the next few months will play a major part in deciding whether or not Everton pursue Kurt Zouma and Andre Gomes on permanent deals.

The duo both moved to Goodison Park on loan during the summer window and have impressed during their brief time on Merseyside.

Zouma has formed a strong central defensive partnership with Michael Keane, while Gomes was the Toffees’ standout performer against Manchester United last week. 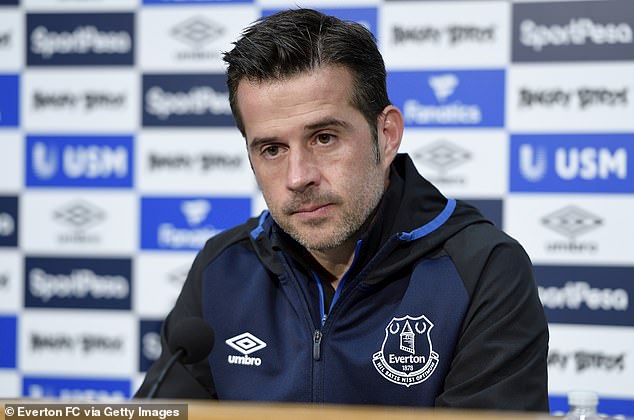 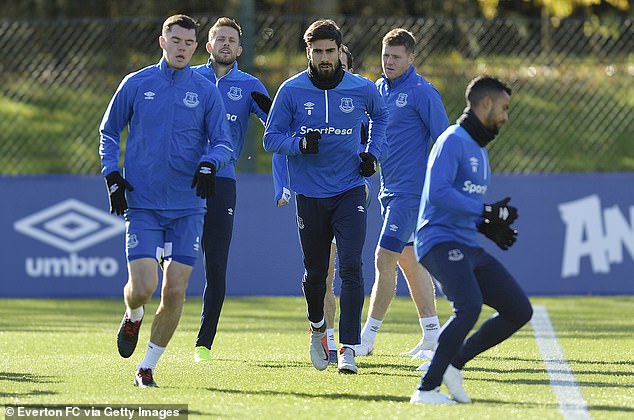 Neither loan deal is understood to have a permanent option included, although that will not prevent Silva pushing to sign them.

‘It’s really important everyone – not just the new players – enjoy their time here with a good attitude,’ Silva said at his pre-match press conference ahead of Saturday’s home game against Brighton.

‘These players come from big clubs. To enjoy all the moments is important for us and reflects what we are trying to create here.

‘There is a fantastic group spirit in our dressing room. The winner mentality we are trying to build.

‘We’ll see what will happen in the next months. You are always paying attention and the next few months will go a long way to deciding that.’

Silva also confirmed that Yerry Mina, who joined the club on deadline day from Barcelona but is yet to play, could finally make his debut in a friendly against Kenyan side Gor Mahia at Goodison next week.

Asked whether Mina would play against Brighton because Zouma is ineligible against his parent club Chelsea next weekend, Silva said: ‘I understand the question.

‘Something you already know, some months ago, that Zouma won’t be able to play next week. 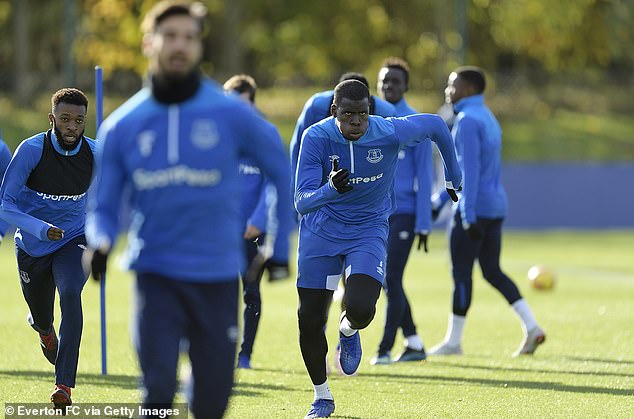 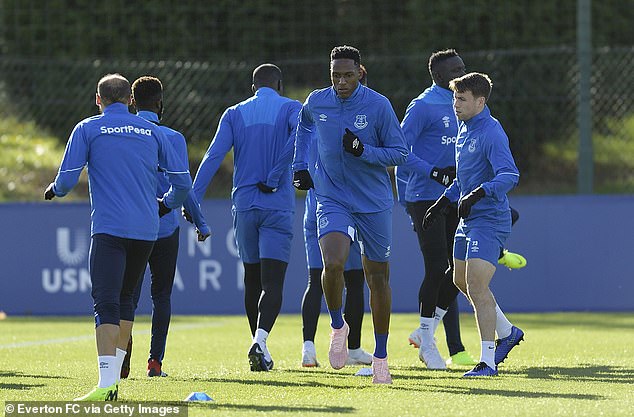 ‘But our way to think is preparing the other players to play. Mina is ready to play if I make the decision.

‘It is the Brighton match, nothing more. We do not think about Chelsea. Our ambition and focus is on tomorrow’s match. The friendly match next week [against Gor Mahia] could be a good solution.’

Silva will be without defenders Phil Jagielka and Jonjoe Kenny for the visit of Chris Hughton’s side, who are looking for their fourth win in a row.

The pair are carrying minor injuries which means they cannot return to training until next week.

‘Everything is OK apart from a small problem, nothing special, with Jags and Jonjoe,’ said Silva.

‘It is a matter of some days and they will be OK to train next week.’