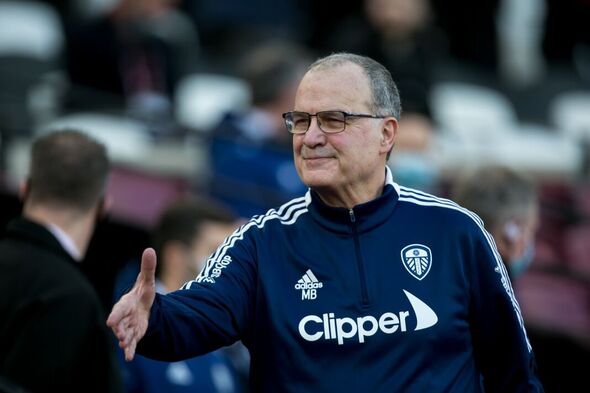 Everton have reportedly held talks with former Leeds coach Marcelo Bielsa over the vacant head coach job just hours after Frank Lampard was brutally axed by Farhad Moshiri. The Argentinian has emerged as the frontrunner to take the job after the club announced Lampard had left his job on Monday evening, with the club down in the relegation zone following a dismal run of form.

Bielsa has been without a job since he was sacked by Leeds in February 2022, with Jesse Marsch replacing the popular 67-year-old after the Yorkshire club had fallen into the relegation zone. Marsch eventually kept Leeds up on the final day of the season, but many fans have called for Bielsa’s return.

However, it appears that the veteran boss could now be in the opposition dugout next time he turns up at Elland Road after holding talks with Everton owner Farhad Moshiri, according to the Daily Mail.

Bielsa is the Toffees’ top choice to replace Lampard, who was sacked after a run of nine defeats in 12 games following their 2-0 defeat to West Ham. The report claims Moshiri approached Bielsa for talks just hours after it was announced Lampard would be leaving.