JAMIE REDKNAPP: Everton should give Duncan Ferguson the job for the rest of the season… plus find out who makes my team of the week

If you’re a neutral, there is nothing better than going to Goodison Park when the crowd are up. It makes the hairs on the back of your neck stand up.. If you’re an opponent, believe me, it is intimidating. The place erupts and reacts to a good tackle as if it’s a goal.

There is nothing else like it in the Premier League or abroad, and I love that about Evertonians. I got some stick a while back for suggesting they like to see a certain style of play. I said they aren’t too bothered about seeing tippy-tappy football or Barcelona-esque play. What they want to see – first and foremost – is some passion, some aggression, some hostility.

They want to see 50-50s being won, players putting in the hard yards, forwards bullying defenders off the ball, Richarlison making sure he’s the first to meet a cross. It was in no way, shape or form a dig when I suggested that, and I stand by it now. I love to see football played that way, too, with emotion and pride behind every kick. 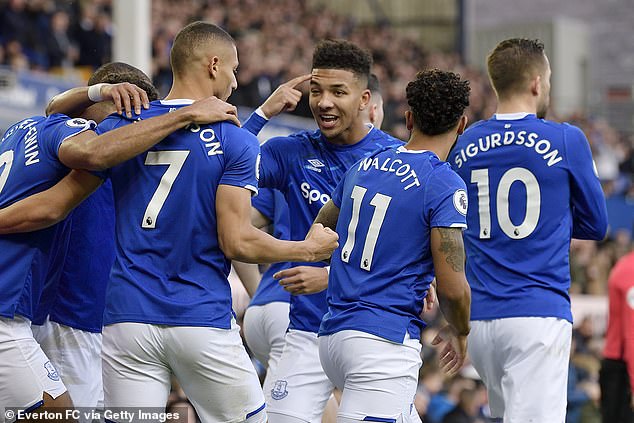 That’s what we saw when Duncan Ferguson was on the pitch – and I played against him a few times – so it’s no surprise that’s what we saw against Chelsea on Saturday, too. His desire to win was always incredible. After having Marco Silva at the helm, those Everton players perhaps needed a kick up the backside and I’m sure big Dunc gave them a good volley.

When I saw him stood on that touchline, looking proud as punch, pacing in his technical area in his suit, hugging the ball boy after every goal, I thought: ‘He wants this job full-time.’ And why not? Why not give it to Ferguson until the end of the season? He loves Everton more than anybody. He’s one of their own, as blue as they come. He taps into what Evertonians want.

Asked afterwards about his players’ effort and endeavour, Ferguson said: ‘Absolutely. That’s a given. That’s what every Everton team should be giving and we showed that today in abundance.’ They comfortably beat a good Chelsea side and lifted themselves out of the relegation zone. 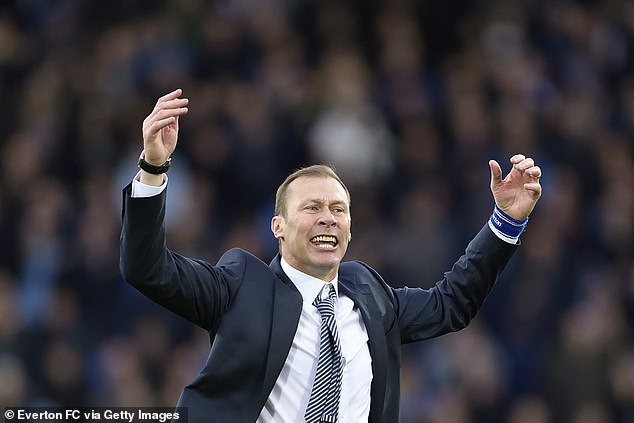 Sometimes it can feel like we’ve been brainwashed in football when it comes to managers but for every Jurgen Klopp, there’s a coach who is not as good as we thought. For every Pep Guardiola, there’s a fraud. So why not give it to Ferguson until the end of the season?

He used to bully centre halves and he got Dominic Calvert-Lewin doing the same on Saturday. Give him the job until the summer and let’s see how he gets on.

Time to give Fred the credit he deserves

A defeat against Astana and draw at home to Aston Villa one week, then back-to-back wins over Tottenham and Manchester City the next. It would be too much to say Ole Gunnar Solskjaer’s side have turned a corner but what an uplifting few days for the Norwegian.

Marcus Rashford is on fire and getting bums off seats. Mason Greenwood, who I hear does amazing things in training, is such a prospect, too. But the player I’m most pleased for is Fred. 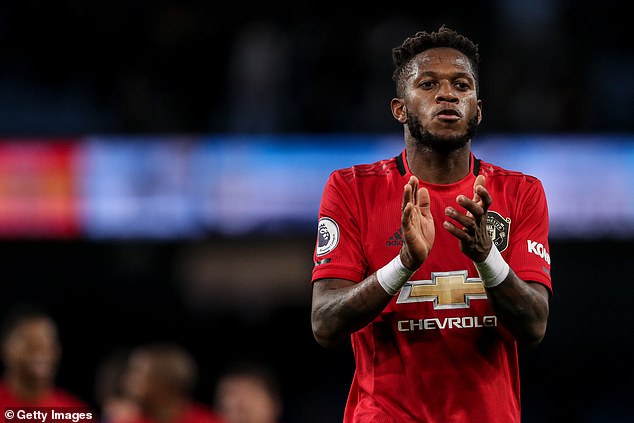 The stick he received was remarkable. From ‘useless’ to ‘waste of money’, he was called it all. Maybe he is not the answer for Manchester United in the long term. Maybe he won’t be their midfield lynchpin for years for to come.

But he has dug deep and refused to let the critics win. He was superb against City. In the same way everyone was quick to criticise, let’s give him the credit he deserves, too.

Manchester City’s plight at the back

Manchester City’s plight is a culmination of problems and disruptions. They lost Vincent Kompany and didn’t buy a centre back. Aymeric Laporte then picked up his injury, forcing Fernandinho out of midfield.

Rodri is good but he does not sniff out danger in the same way. This is David Silva’s final season, so City are perhaps in the midst of a transition, while Sergio Aguero has missed their last four games. 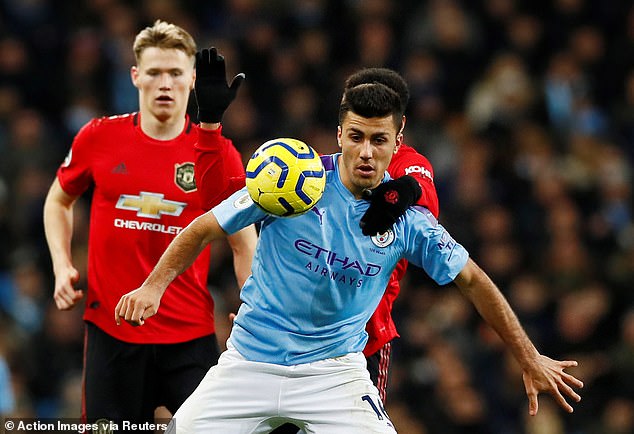 These are all big factors. City are a team capable of beating anybody but they’ve also shown they can concede to anybody, too.

They have leaked 19 goals this season. At the same stage last year, they had conceded nine. That says it all.

Only one team in the Premier League are in double figures for injuries and that is Bournemouth. What a blow it is for them to lose Nathan Ake, too. He gets injured in the 35th minute and is taken off.

Forty-two seconds later, Liverpool score their opener. After five straight defeats, Eddie Howe has a tough job on his hands.

Vardy’s own Premier League record in his sights

Can Jamie Vardy beat his own record of scoring in 11 straight games? Why not? It felt like number eight on Sunday was never in doubt. He is in such good form personally, and everything is clicking with the team under Brendan Rodgers, too.

It was right that the club tied the manager down to a new deal, to ward off interest from elsewhere. Rodgers did a great job at Celtic and he is doing the same at Leicester now. 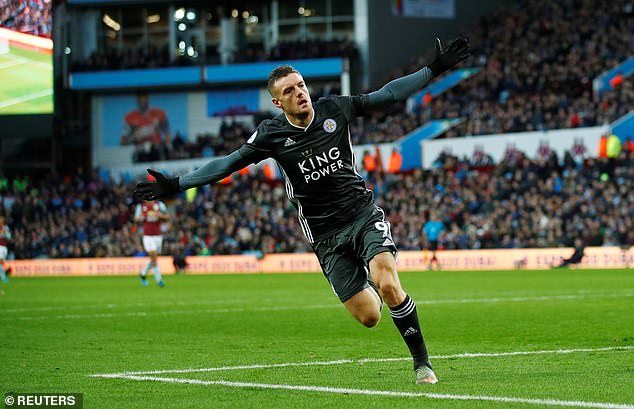 AJ the gentleman and worthy champion

Away from football, after leaving the Etihad Stadium on Saturday evening, I got to watch Anthony Joshua reclaim his heavyweight world titles. I’ve met AJ a few times and what a gent he is.

So friendly with everyone behind the scenes at A League of Their Own, he is a worthy champion and that was a great night for British boxing. 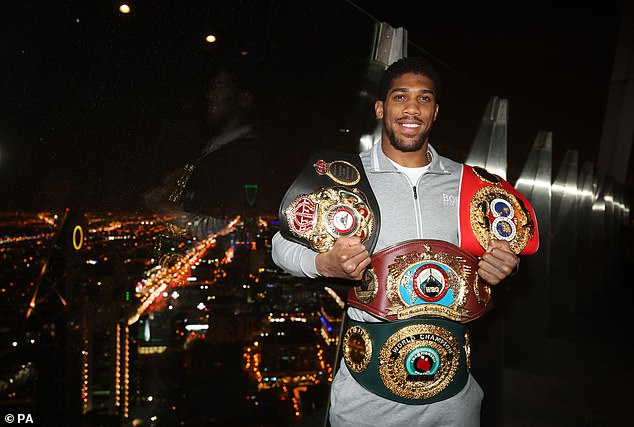 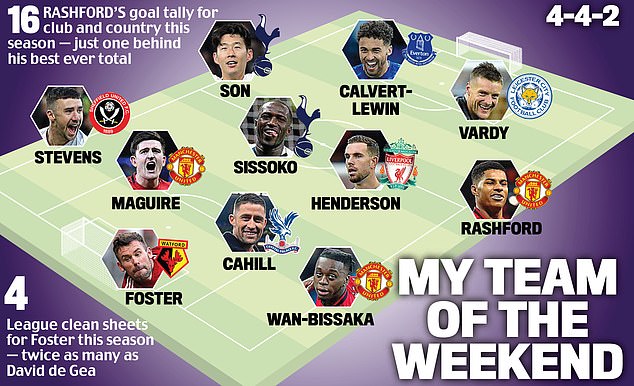