Home » Soccer » Ex-England boss’ plea that history not repeated after Euros: ‘Not diminished’

Tonight, England’s women take on Norway in their second group game of Euro 2022, with the match taking place at Brighton’s American Express Community Stadium from 8pm. Norway will no doubt pose a tougher threat to England than their first-game rivals Austria, when the Lioness’ defeated them 1-0 in the tournament’s opener. The performance drew some panicked criticism from fans, but Norway’s manager Martin Sjogren claimed his side were “underdogs” against England.

The Lioness’ boss, Sarina Wiegman, however, wouldn’t be drawn into who was the better opponent, with Norway currently leading their group on goal difference.

On Sunday Weigman said: “Tomorrow is just a game. We want to win and they want to.

“If they want to be the underdog, that’s fine. I think they have a very strong squad and we do too.

“I expect an open match so let’s see where it goes. Obviously I hope we win it.” 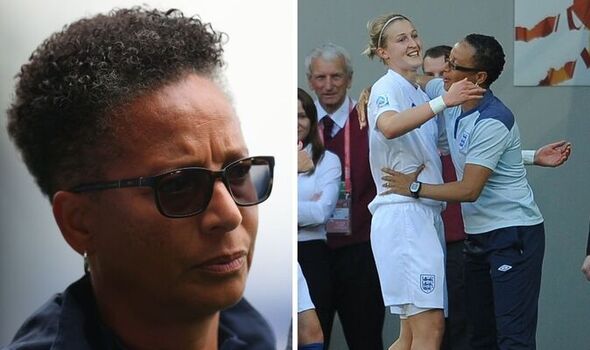 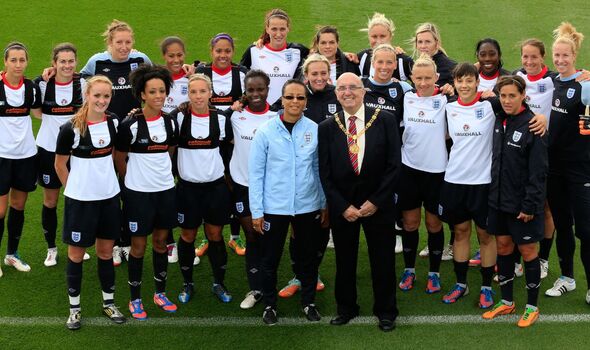 Many pundits believe this year’s tournament represents the Lioness’ best chance at finally ending their tournament drought, and winning silverware.

It’s also the first time a major women’s international tournament is being held in England since 2005.

Back then, the Lioness’ were managed by groundbreaking coach Hope Powell, who said last month that she wanted the legacy of a home tournament to last longer than it did some 17 years ago.

Powell, who was coach between 1998 and 2013, oversaw England going unbeaten in 2005, though they finished bottom of their group after drawing each of their three group games. 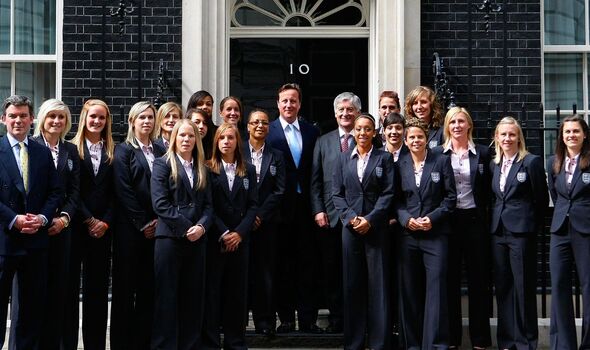 However, this was followed up four years later when England finished runners-up at the 2009 edition, held in Finland.

Speaking to PA, Powell said the women’s game had changed so dramatically over the years, particularly that there was now an “expectation” on England “to do well”.

She continued: “The players (now) are household names. We didn’t have that in 2005, until some of them became household names once the tournament started – Karen Carney, scoring the goal at the Etihad [Manchester City’s home stadium].

“I think the pressures are different, the expectations, the convoy, the entourage – and I think that just shows how far the game’s progressed. 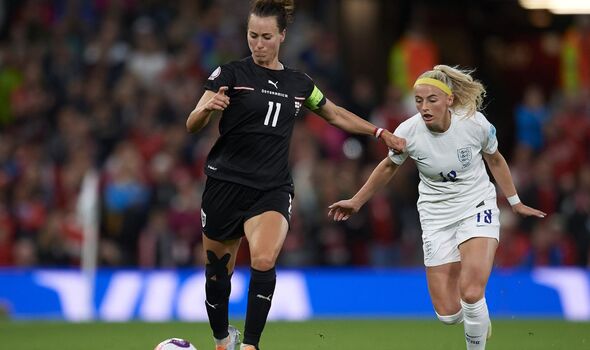 “The crowd at the Etihad was incredible and that was the first experience we’d had of a big fanbase. And Karen Carney scoring that goal was a stand-out moment, the press went mad.”

Powell, who also coached the Great Britain women’s team at London 2012, described the home tournament as “really important”, as it gave the side “the opportunity to showcase the best talent we had”.

She also claimed it was a springboard to get “young girls involved” in the sport, showing them that “they could play the game in stadia, on decent pitches, with the glare of the media on them”.

Powell added: “It’s a lot more now, but I think that was a key moment to kind of put women’s football on the map in this country.

“The sad thing after that tournament for me was it very quickly diminished.

“Then in 2009 we got to a final… and then that diminished. And then 2012 I think probably was a bit of a watershed moment, playing at Wembley in front of 70,000 (Great Britain’s final group game), the attention around it.

“I think that tournament (in which GB were quarter-finalists), it really kind of exploded from there.”

More recently, Sjogren attempted to play-down Norway’s chances against England, arguing the Lioness’ underwhelming outing against Austria was the result of nerves.

The coach described Norway as “definitely underdogs”, as England are ranked three places higher in the world rankings, in eighth position.

He added: “England is one of the big favourites for the tournament.

“I think England feels quite a lot of pressure from being at home, being one of the favourites.

“They’ve had very good performances, especially in the preparations before the Euros. England need to be the favourites in this game going into it.”