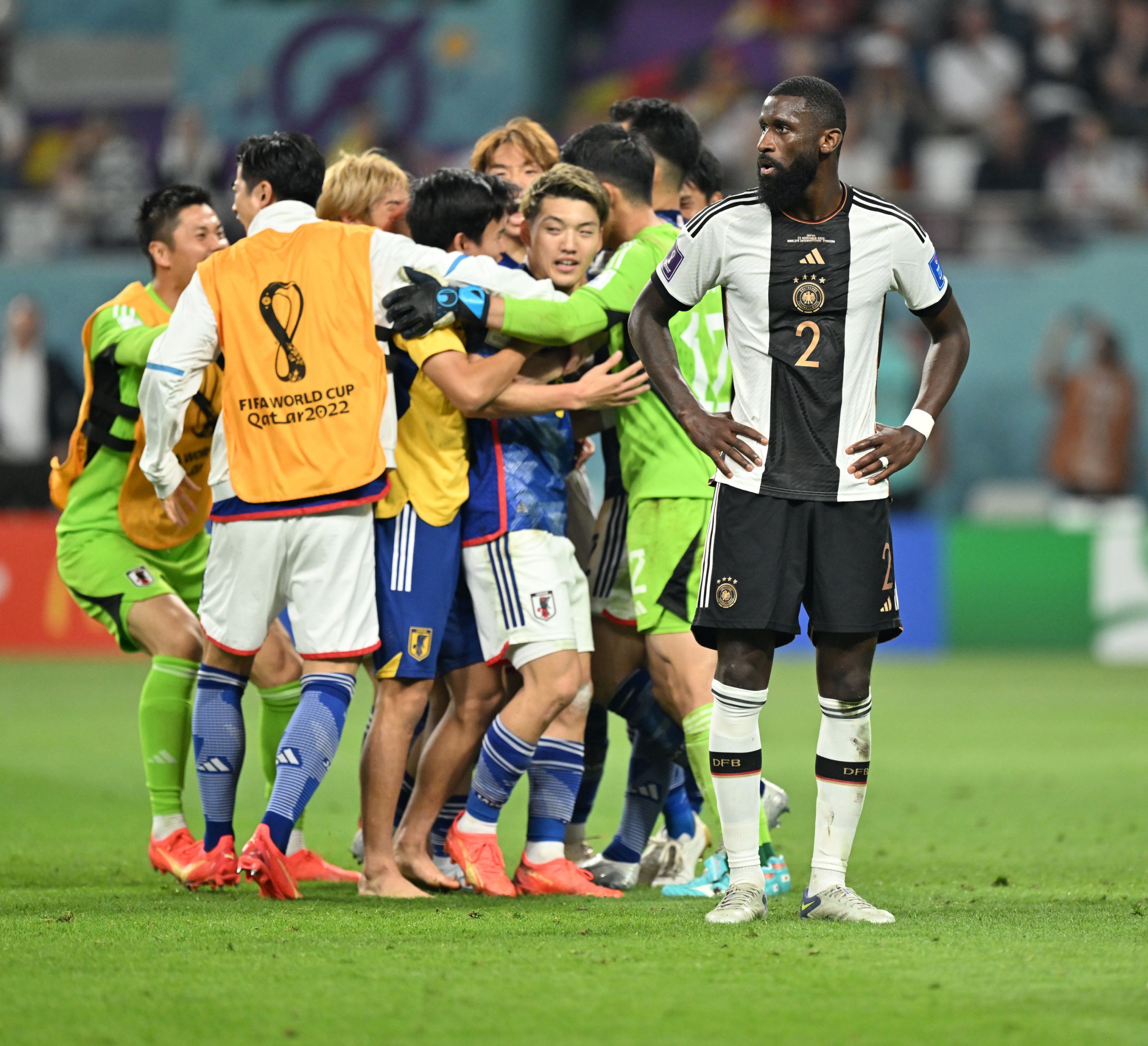 Dietmar Hamann has branded Antonio Rudiger ‘unprofessional’ and ‘arrogant’ for showboating during Germany’s 2-1 defeat to Japan in their World Cup opener on Wednesday.

Germany’s campaign in Qatar got off to a positive start as Ikay Gundogan put them ahead from the penalty spot in the first half.

But Japan stunned the four-time World Cup winners late in the game as Ritsu Doan equalised before Takuma Asano scored the winner with seven minutes remaining.

Rudiger, meanwhile, unwisely showboated with Germany in front as he used a bizarre running style to shepherd the ball out of play.

And Hamann, who played in the 2002 World Cup final when Germany lost to Brazil, hit out at Rudiger’s ill-timed gesture towards Japan.

‘Rudiger knows he’s going to run the ball out of play and he lifts up his legs,’ Hamann told RTE.

‘You don’t belittle the opposition because it always comes back at some stage.

‘I don’t know how many people picked up on it, but I will highlight it again because it’s not acceptable.

‘This is the spirit of the game, it’s about respect. He didn’t respect his opponent. And he paid the price for it. I think it was very unprofessional.’