Doctors treating stricken former Manchester City defender Omar Elabdellaoui have said that the Galatasaray star is making a ‘positive’ recovery after being injured in a firework incident.

Experts feared for Elabdellaoui’s sight after a pyrotechnic exploded in his hands during New Year celebrations at his home.

In a statement, professor and doctor Vedat Kaya, of the Liv Hospital in Istanbul where Elabdellaoui is being cared for, said: ‘So far, everything is in a positive way. 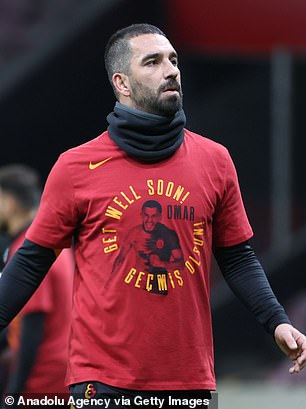 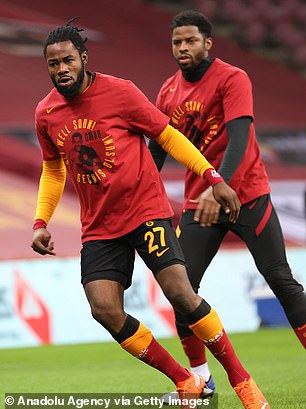 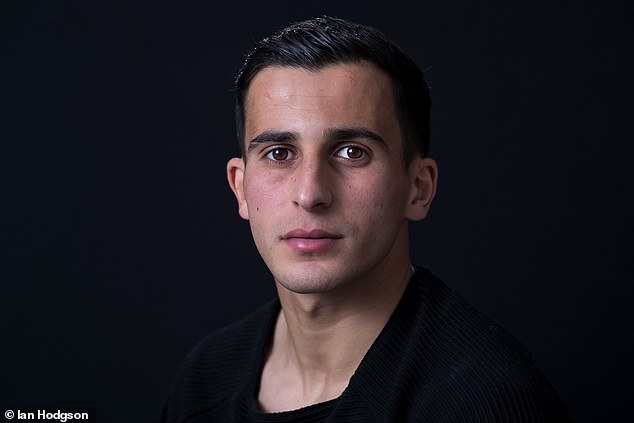 ‘There is a certain improvement in vision, especially in the left eye. There is also a great recovery in the right eye.’

Kaya had initially reported that the 29-year-old had ‘injuries in both eyes’ and ‘more in one eye.’

He added: ‘His current situation is better than yesterday. He has the ability to see, but how will his condition be in the future? It is difficult to say anything now.’

Galatasaray players wore t-shirts wishing Elabdellaoui well before their goalless draw at home to Antalyaspor in the Super Lig on Saturday. 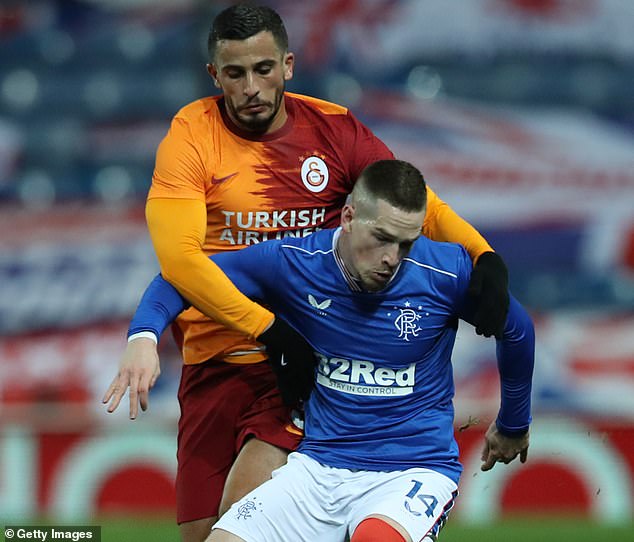 ‘It is still early… but he is getting better. The hope should never be lost. I think that we have to wait one or two weeks.’

The Norway international was on City’s books between 2011 and 2013 but did not make a senior appearance for the Premier League side.

He returned to England when Olympiacos loaned him to Hull in 2017, making eight appearances before ending his six-year spell with the Greek giants last year. 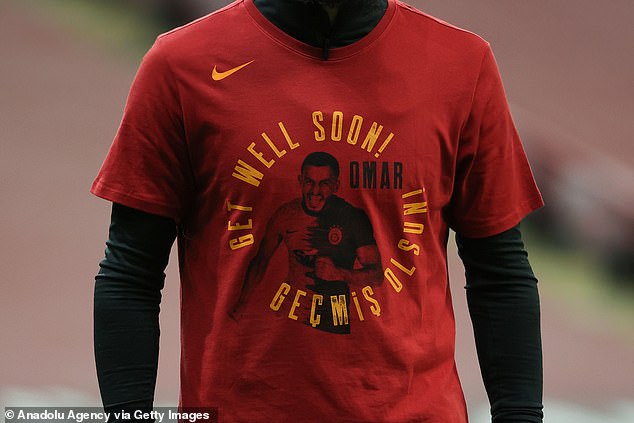