Former Manchester United striker Chicharito Hernandez had a moment to forget during the closing minutes of LA Galaxy’s draw against Sporting Kansas City in the MLS on Sunday evening. The Mexican forward had opened the scoring for his side after just four minutes before firing home from the penalty spot to draw level as the clock ticked down to the full-time whistle.

Hernandez then had a golden opportunity to complete his hat-trick and secure the win for Galaxy deep in stoppage time when they were awarded another penalty due to a handball in the box. He was unable to convert the spot-kick, though, with his attempted panenka failing to fool the goalkeeper in spite of his best efforts.

The Galaxy forward tried to wrap up his hat-trick in style by chipping the ball down the middle of the goal, which often takes goalkeepers by surprise. However, Kansas City stopper John Pulskamp read Hernandez like a book and stayed rooted to his line without diving to easily catch the shot as it floated towards him.

Hernandez responded by putting his hands on his head and wandering over to the post in frustration after telegraphing his spot-kick to such an extent that it was easy for Pulskamp to immediately work out where the ball was going. The former United and West Ham marksman went on to put his hands up in a prayer signal before apologising to the supporters lining the stands after the match. 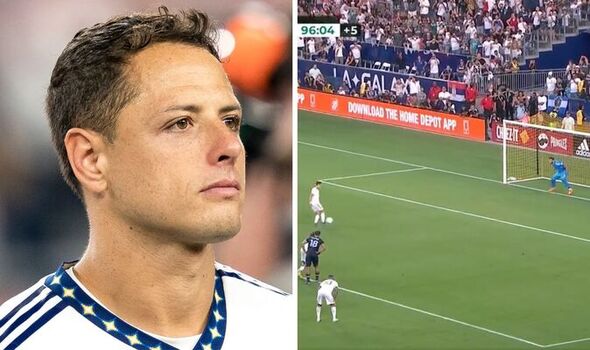 The shocking miss marked a hugely embarrassing moment for Hernandez, who has been leading the attacking charge for Galaxy with 14 goals in 26 league games since the beginning of the MLS season. He went on to take full responsibility for his attempted panenka after the final whistle, with Galaxy missing out on the chance to go within a point of the play-off places by failing to take victory.

“It’s a mental game and I dared to take the shot, and the responsibility of not getting the two [extra] points falls on me,” said Hernandez when quizzed on the incident. 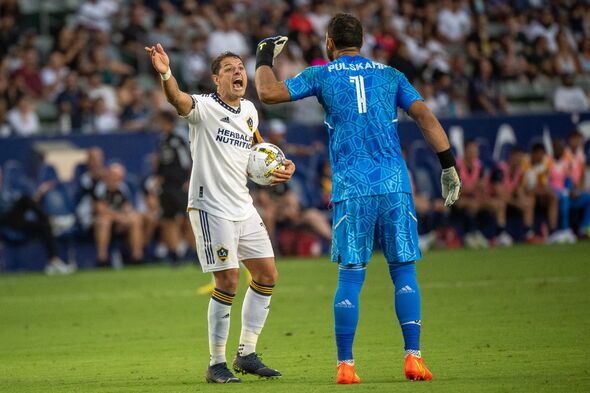 “I accept it, one hundred per cent. Unfortunately, I caused my team to drop two points, but I’m going to keep on working. There’s no other way and I have to accept my responsibility. He [Pulskamp] guessed right and that’s it.”

Hernandez has missed four of his eight penalties in the MLS since joining Galaxy on a long-term deal from Sevilla over three years ago. He will be desperate to redeem himself by continuing to score on a regular basis for his side over the next few weeks as they aim to climb into the play-off places before the regular season draws to a close in early October.