‘How have they bottled that group?’: Fans hit out at Portugal and Cristiano Ronaldo after their ‘pathetic’ last-gasp defeat by Serbia means they have to qualify for 2022 World Cup via the play-offs

Portugal missed out on automatic qualification for the 2022 World Cup in dramatic circumstances as Serbia scored a late winner to prevail 2-1 and book their place in Qatar instead.

Going into the game, Portugal knew that if they avoided defeat then they would qualify. However, despite taking the lead through Renato Sanches, a goal from Dusan Tadic pulled Serbia level before substitute Aleksandar Mitrovic got the winner in the dying moments.

Portugal still have an opportunity to qualify, but it was a hugely frustrating night for Fernando Santos’ side, especially with Cristiano Ronaldo struggling to make much of an impact. 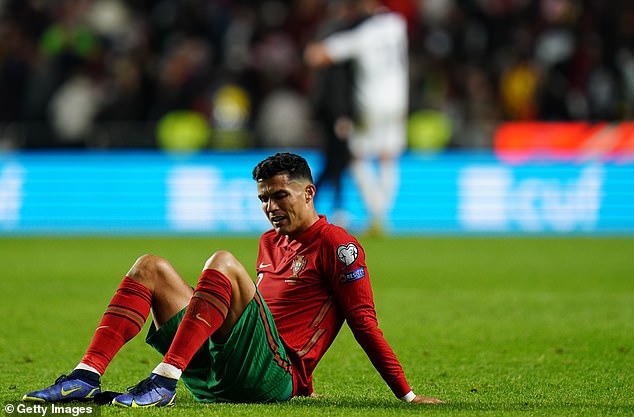 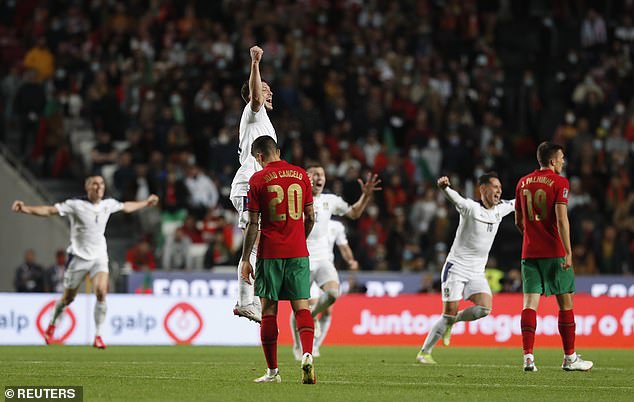 Much of the reaction on social media focused on Ronaldo’s disappointing performance and the fact that Portugal failed to top a group which many people expected they would win.

One user wrote: How have they bottled a group of Serbia, Ireland, Luxembourg & Azerbaijan’.

Another wrote: ‘HAHAAHAHAHAHAHAAHAHA WHERE IS RONALDO WHEN NEEDED THE MOST???’.

Another added: ‘Awwww more disappointment for @Cristiano don’t worry mate you get to go lose for United and play with @HarryMaguire93 in a week’.

In addition, another added: ‘Mr Big game player disappeared when he was needed the most.’

There was also focus on coach Fernando Santos, who led Portugal to glory at Euro 2016. Portugal won the Nations League in 2019 but were knocked out at the last-16 stage of both the 2018 World Cup and Euro 2020. 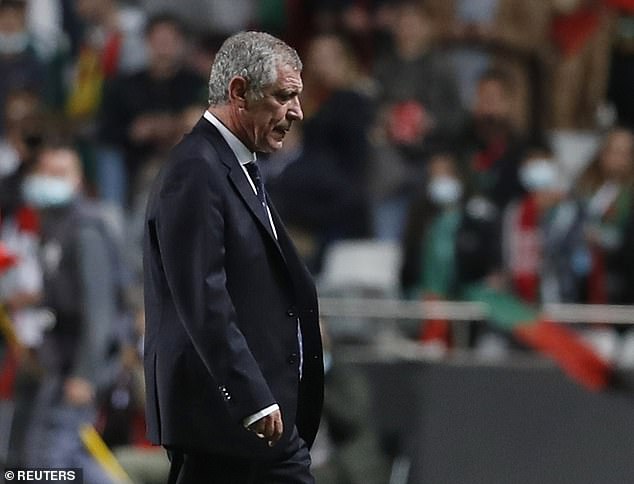 Journalist Colin Millar wrote: ‘Portugal are blessed with such a pool of talented players and exciting, innovative coaches. But their manager Fernando Santos is not one of them. He has dined out on the 2016 success for far too long and has been holding them back for years. Tonight another manifestation of this.’

Another journalist, Julien Laurens, suggested that Santos should have left after Euro 2016.

He said: ‘The biggest problem for Portugal is Fernando Santos. No one else, nothing else. He should have left after 2016. How can he still be in charge with all the talented Portuguese coaches around?!?!?’.

Another user claimed that Santos isn’t getting the best out of most of Portugal’s key players.

They wrote: ‘I hate Ronaldo for making me believe that everyone has to perform for Club and Country. I cant remember one good game from Jota , Bruno , Cancelo and Dias for Portugal. I dont get it man why dont they perform for Portugal?? It has to be Santos he isnt the right man anymore.’ 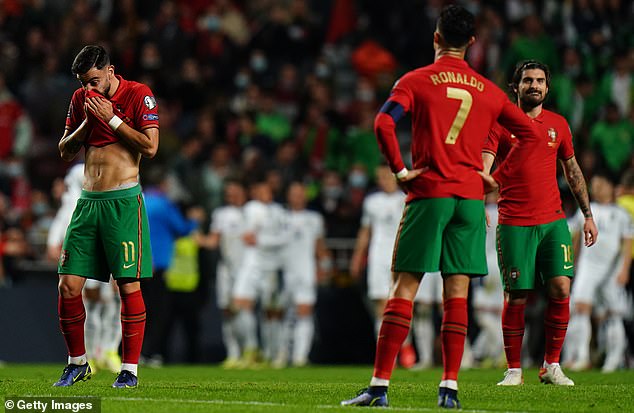 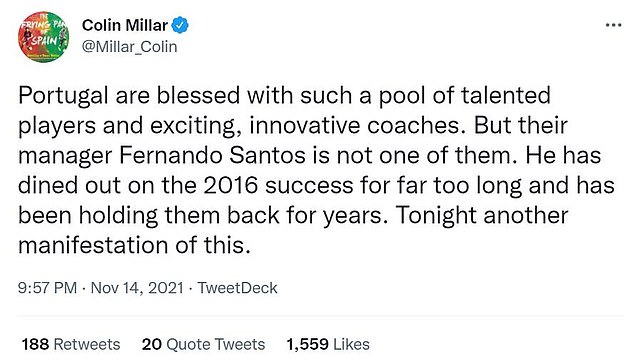 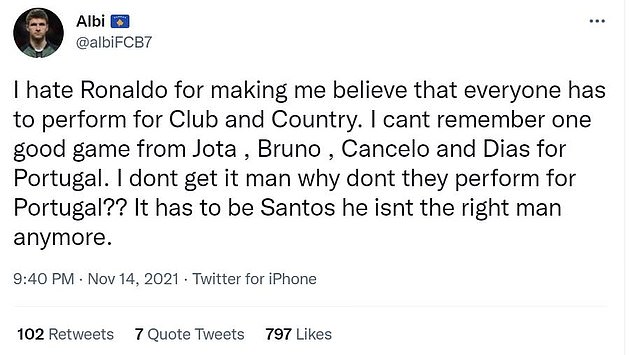