As Felipe Anderson bore down on Joe Hart’s goal, he hardly had the look of your stereotypical record signing shorn of confidence.

West Ham’s £40million summer buy from Lazio had his form critiqued by his manager in public last week, was hauled off at half-time against Tottenham and has had a small section of critics in the crowd on his back.

No bother. Anderson gave Hart the eyes, poked the ball through his legs to make it 2-1 and then went on to score a second in the thrilling victory over Burnley on Saturday. 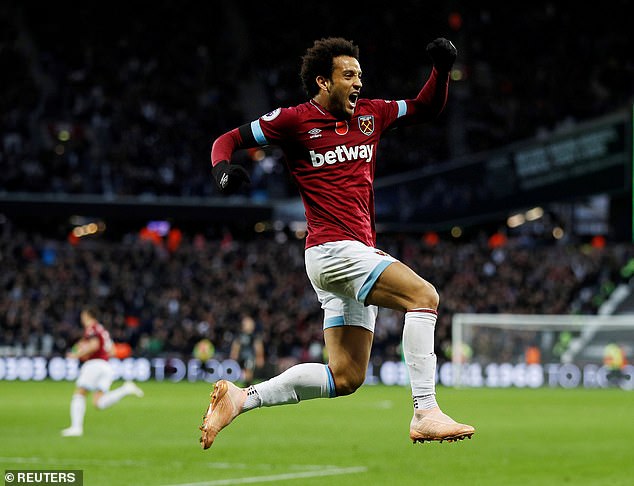 If Pellegrini’s talk of not being ‘happy’ with the Brazilian’s performances was viewed from outside as a form of tough love, Anderson probably thought otherwise.

He has been through worse: as recently as February Lazio boss Simone Inzaghi dumped the 25-year-old into the reserves after a dressing-room row.

Privately, Pellegrini has been trying to coax the best out of the player they called ‘Neymar’s younger brother’ back in Brazil. 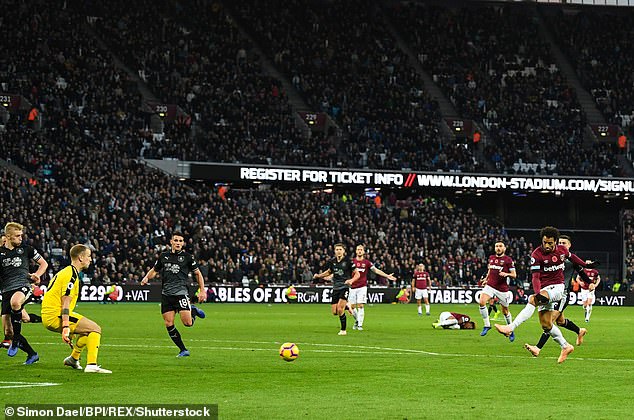 The Chilean coach had told Anderson there was no chance he would be dropped, despite a slow start to life in the Premier League.

Now, West Ham are reaping the rewards. Their most talented playmaker since Dimitri Payet tore Burnley apart with the help of 20-year-old Grady Diangana on the opposite flank.

Watching Anderson in full flow was a real joy: two goals, a shot cleared off the line, another off the post, deft touches and turns galore.

‘It was a massive performance,’ Pellegrini said. ‘Some players need more time to adapt to this league but his commitment has always been 100 per cent. He was the first person not happy with his performances.’ 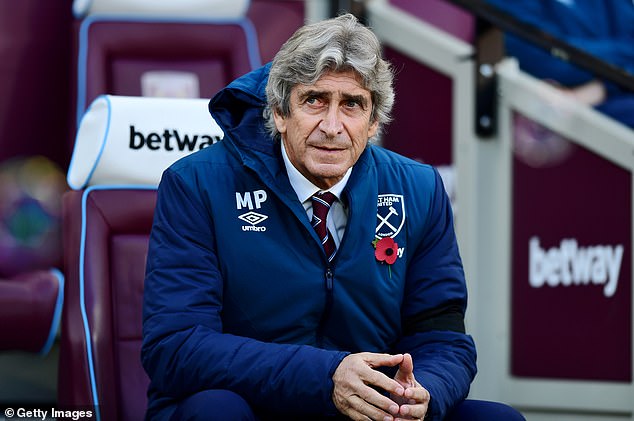 His talent is obvious but needs to be nurtured and Pellegrini seems to have found a way to do so. If this sort of showing can be replicated more regularly, West Ham can boast two of the best forward talents outside the top six in Anderson and Marko Arnautovic.

That makes it all the more impressive that Diangana, in only his second start, did not look out of place alongside them in Pellegrini’s front three.

Born in Congo but raised in London, the latest talent off West Ham’s production line looks the part and is not short of confidence.

‘I’ve always liked to beat players and tried to entertain people,’ Diangana said afterwards. His idol is Ronaldinho and there is little fear in a player who never stopped running at defenders. 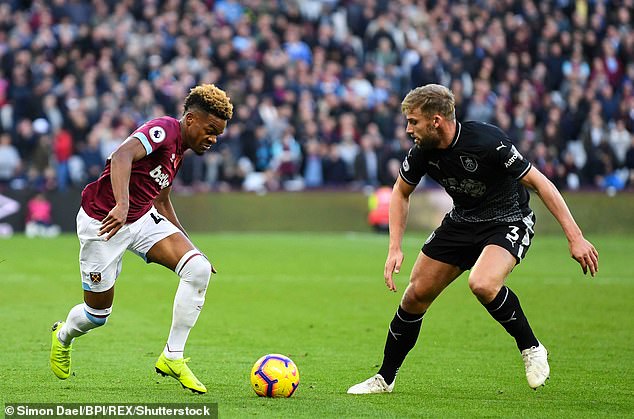 That was key to this victory, with the youngster having a hand in both of Anderson’s goals, sandwiched by Arnautovic’s opener and Javier Hernandez’s stoppage-time clincher.

Burnley were comfortably second best and their two levellers, scored by Johann Berg Gudmundsson and Chris Wood, were both against the run of play.

Manager Sean Dyche is convinced their dip compared to last season’s seventh-place finish comes down to the small margins. ‘I told you we weren’t the real deal then,’ Dyche said. There is still plenty of time for Burnley to turn things around.

But for West Ham the upward momentum is on. As stand-in captain Pablo Zabaleta put it: ‘This is the only way for the manager to play.’ Anderson and Diangana are just two beneficiaries.