Erling Haaland is ‘the final piece of Man City’s jigsaw’ and could propel them to Champions League glory because he scores ‘SNIFFER DOG goals’, says Rio Ferdinand after the 22-year-old bagged another brace against Copenhagen

Rio Ferdinand has praised Erling Haaland as the ‘final piece in the puzzle’ for Manchester City and suggested he could help them win a Champions League.

The Norwegian striker put in another impressive display on Wednesday night, scoring a first half brace as City beat FC Copenhagen 5-0.

He now has a remarkable 19 goals from just 12 games at City, with a career tally approaching 200 despite being just 22. 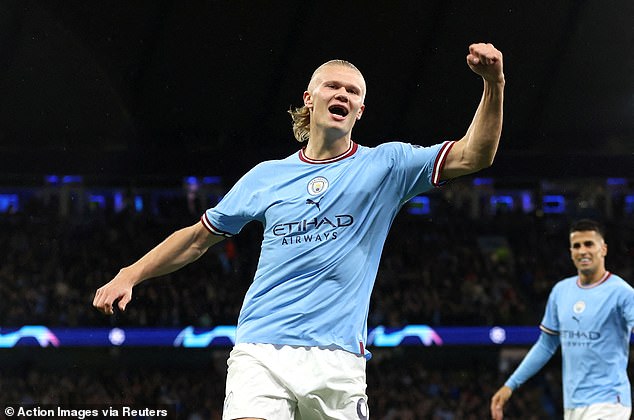 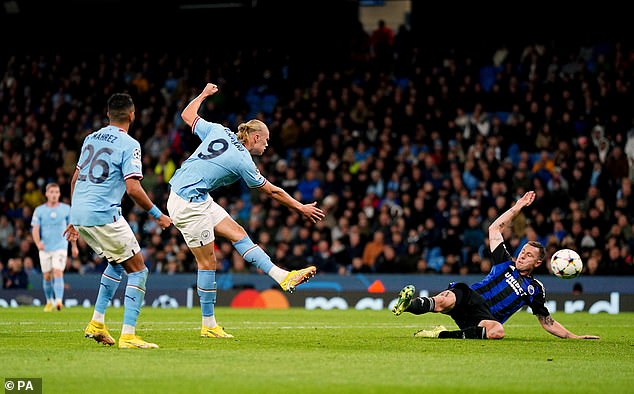 He now has an incredible 19 goals in 12 City games, and a tally close to 200 in his career

Speaking on BT Sport, Ferdinand felt Haaland’s impact at City could not be underestimated.

‘The last two or three years I thought City would win the Champions League, but they didn’t have Haaland. He’s the final piece of the jigsaw,’ he said. ‘He scores sniffer dog goals. Poachers goals. He’s there all the time.

‘I didn’t know if he was the poacher, that was where I was unsure, but he’s proved he can do that.’

On how to deal with the striker, Ferdinand added: ‘He’s been the most devastating striker on the planet in his last nine games, and still no ones around him in the box.

‘It’s easy to sit here and say it. But you’ve got to be in the game thinking “where is he?” Not enough defenders are doing that.’ 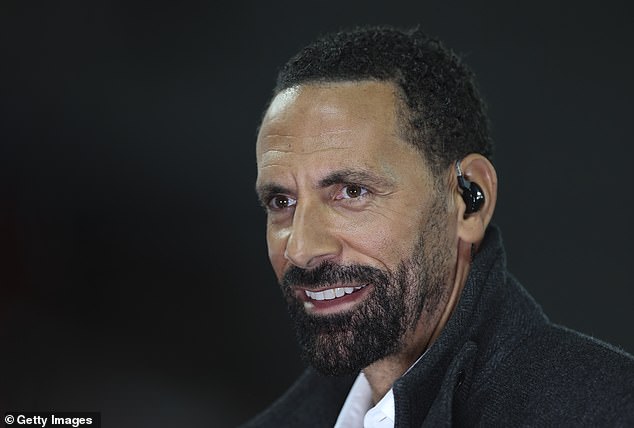 ‘But then if you do that you’ve got to worry about Mahrez, De Bruyne running past you.’

Joe Cole added: ‘It’s not like he’s scoring worldies, he’s just there. He’s relentless. Everything he does is with intensity and aggression. Even in that clip of him walking down the high street in Manchester he looked aggressive.’

‘You need someone of the Martin Keown ilk to just to stand on Haaland and take him out of the game.’