Bruno Fernandes showed his support for Manchester United team-mate Jesse Lingard by publicly congratulating him for his late winner against West Ham.

Lingard had been under intense scrutiny and received severe criticism for his horror back-pass that led to United’s 2-1 defeat against Young Boys in their Champions League opener on Tuesday.

But the England international dramatically redeemed himself after coming off the bench and curling a shot into the top-right corner of Lukasz Fabianski’s goal in the 89th minute to snatch a 2-1 victory at the London Stadium. 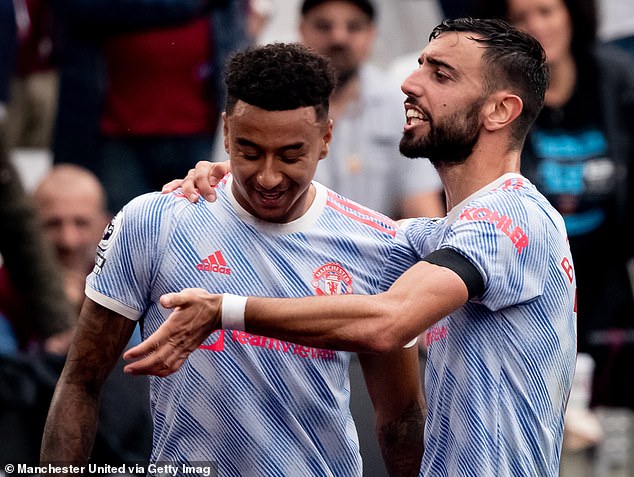 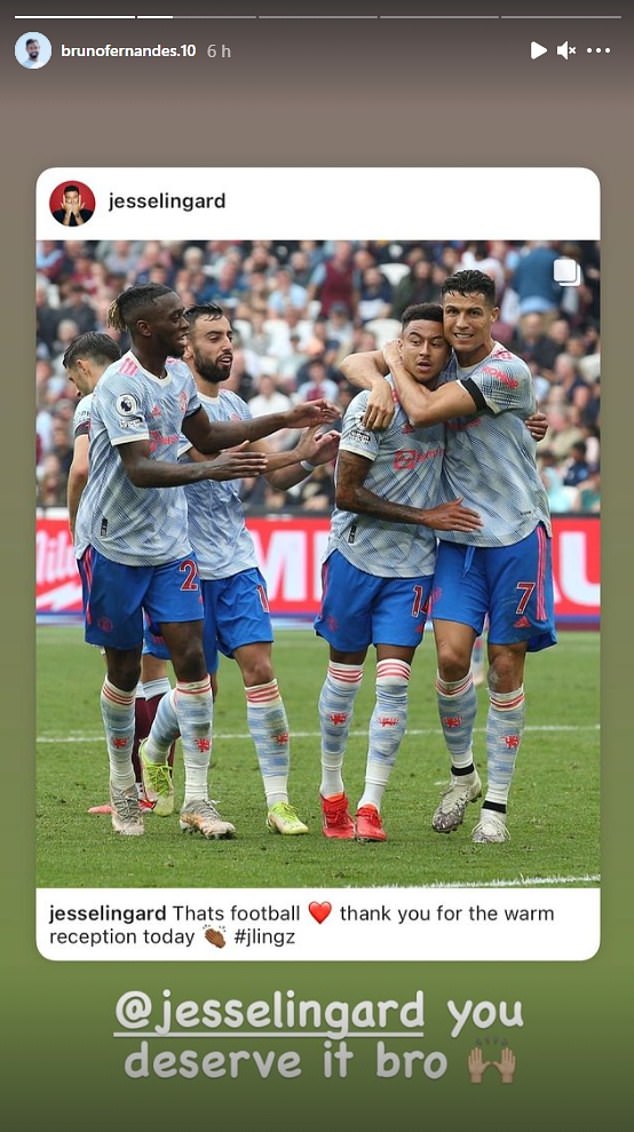 United, who needed further heroics from goal-keeper David de Gea to save an injury-time penalty from Mark Noble, remain unbeaten in the Premier League and are third in the table.

After the match, Lingard posted a photo of himself celebrating with his United team-mates and wrote: ‘Thats (sic) football, thank you for the warm reception today’.

Fernandes, who is one of the players congratulating Lingard in the photo, responded to Lingard’s post, writing: ‘You deserve it bro’. 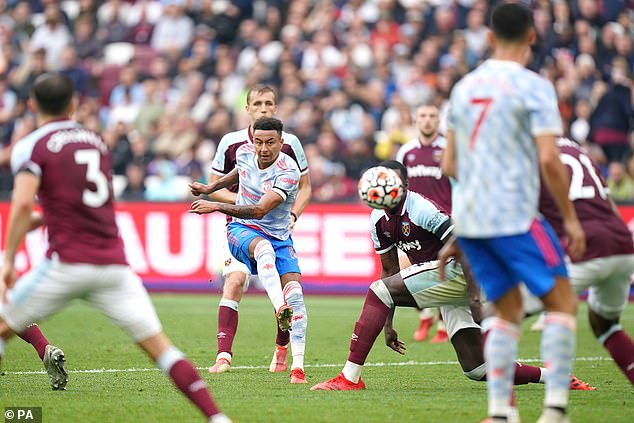 ‘He said sorry after Tuesday and everyone said that’s not necessary. He came on (today) and was brilliant,’ Solskjaer said.

‘It was a great goal. I’m so happy for Jesse. Of course, he had a tough evening on Tuesday, but he’s knuckled down and has worked hard again.

‘He’s been the same bright, positive lad, and what a goal.’