‘Keep the ball on the floor… Hey! Keep the ball! F***ing rubbish!’: New footage shows Erik ten Hag refusing to compromise on his playing style as he whips his Man United stars into shape in Perth

Manchester United boss Erik ten Hag has been captured laying into his star-studded team during an open pre-season training session.

The former Ajax boss, 52, has wasted no time asserting this authority at the club this summer and this is just the latest example of the Dutchman telling it like it is.

The Red Devils have made a promising start to pre-season by winning all three of their friendlies and scoring 11 goals in the process. 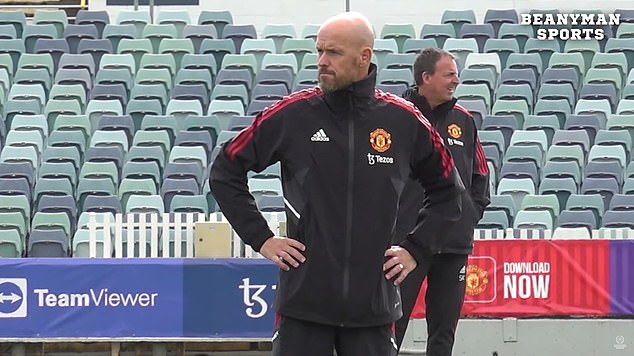 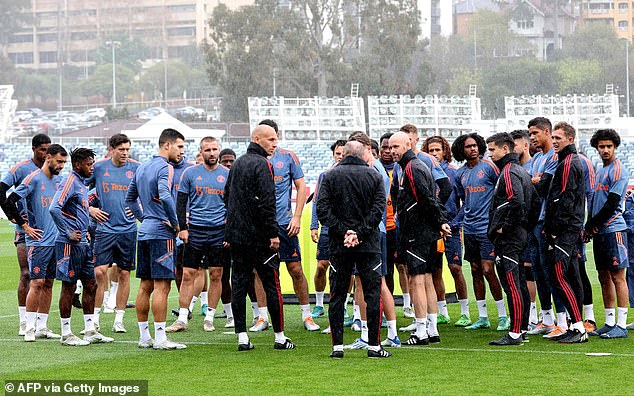 However, ten Hag seems focused on the task at hand and knows there is work to be done to help United return to the top of English football.

In the open training session, ten Hag was spotted barking at his players to keep the ball on the floor more, a hallmark of his playing style at Ajax.

This comes just days after the boss dropped another f-bomb on his players during their 3-1 win against Crystal Palace, and for similar reasons.

During a passage of play where David de Gea went long while Charlie Savage failed to show for the short option, ten Hag was heard screaming: ‘What the f*** are you doing?’ 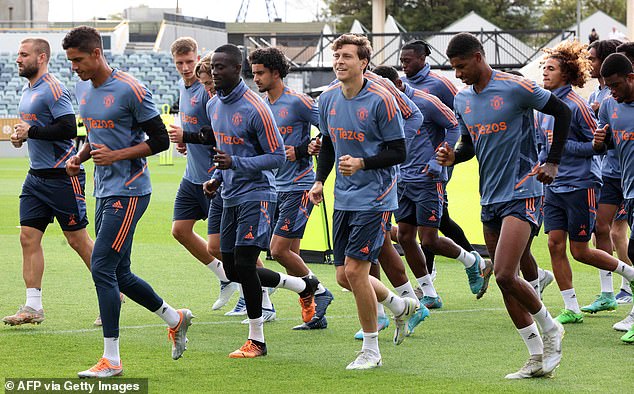 After slipping to sixth last season, most Manchester United fans will be delighted that ten Hag is attacking his new job so passionately and the virtues he’s trying to implement in their playing style.

Ten Hag has also introduced strict new rules regarding time-keeping, nutrition and alcohol consumption after taking over at Old Trafford this summer.

Bruno Fernandes has welcomed ten Hag’s stricter approach and believes it will benefit the team. 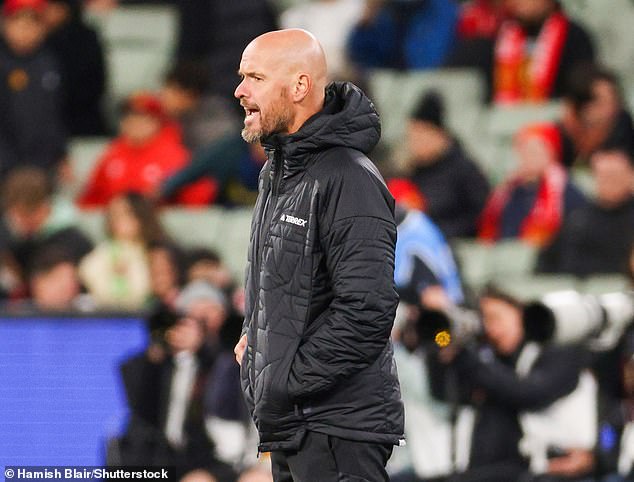 ‘We missed that for a while and discipline is important,’ Fernandes said.

‘Discipline is not only the way you play, the position that you have, what you have to do, it’s also off the pitch.

‘That’s really good that he’s doing that and amazing, because I like to be on time, so I won’t have problems with that.’