‘It was blatantly a foul’: Frank Lampard hits out at VAR for missing a foul in the build up to Chelsea’s winner… but the Derby manager is thankful for his reception from home support

Frank Lampard hit out at the VAR after a clear foul in the build up to Chelsea’s winner over Derby went undetected on Wednesday night.

Cesc Fabregas smashed Chelsea 3-2 in front shortly before half-time, despite an obvious shove by Davide Zappacosta on Tom Lawrence in front of the linesman in the build-up.

Instead of giving Derby a free-kick, Chelsea were awarded a throw-in, from which Fabregas hit the winner. 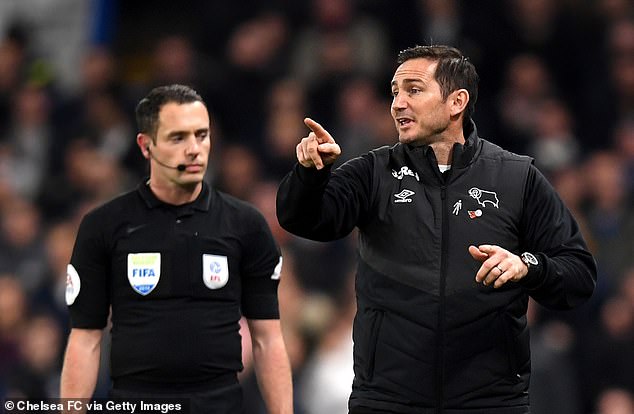 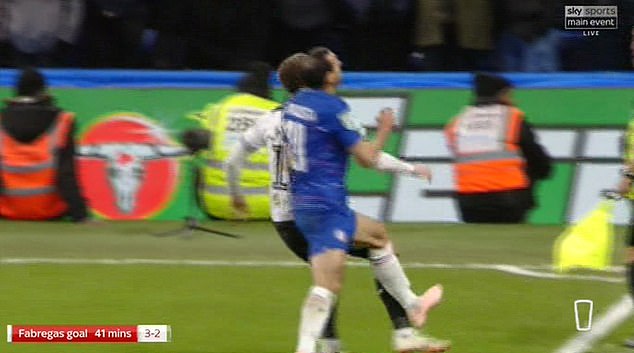 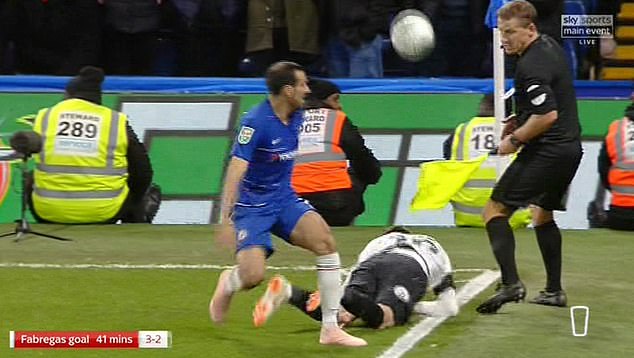 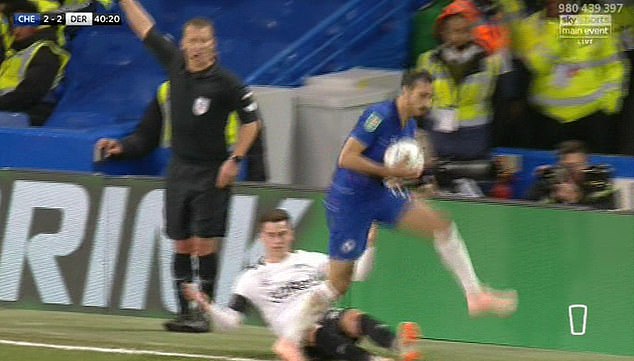 However, a throw-in to Chelsea was awarded, which led to Cesc Fabregas’ all-important goal

‘I turned round thinking we’d got the foul, then looked back and they were in our box. VAR should clear up the ones that go slightly wrong. It didn’t tonight.’

It cost Derby a chance of a second straight upset after beating Manchester United in the third round. 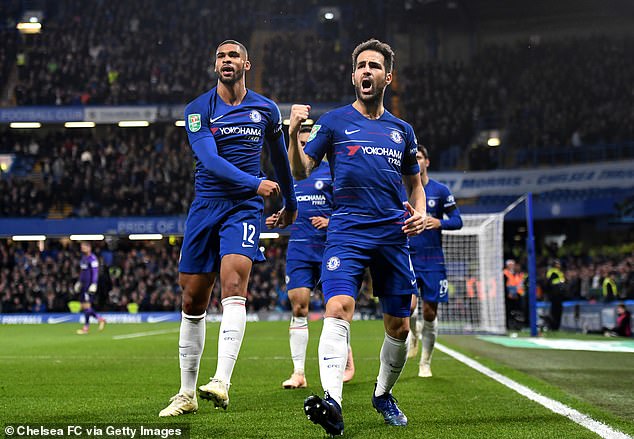 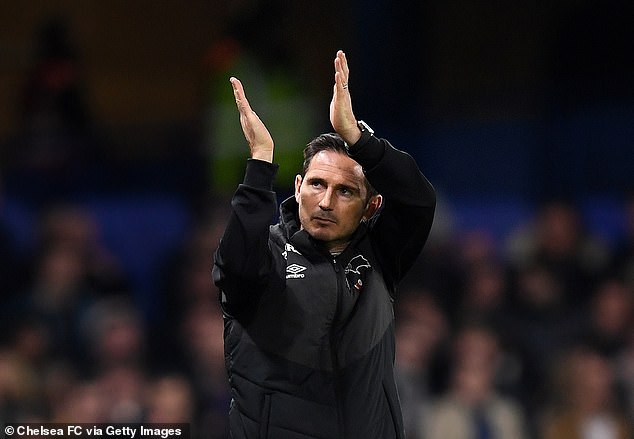 They twice fought back though Jack Marriott and Martyn Waghorn after Fikayo Tomori and Richard Keogh own goals but couldn’t capitalise on a late onslaught.

The defeat came amid enormous Chelsea support for Lampard at the club where he spent 13 years.

He said: ‘I really appreciate the fans, and I said thank you to them at the end. I did leave out of the back door here, and that was disappointing. But I walked in the front door here and got that reception. I’m a lucky man to get support at both ends.’