Holland midfielder Frenkie De Jong was given a surprise send-off by his friends and family in Amsterdam on Sunday before he makes his way to the World Cup in Qatar.

De Jong took to Instagram to share photos of the occasion, which took place in a local restaurant.

Almost everyone present was in Dutch colours and De Jong clearly looked overjoyed to see them. 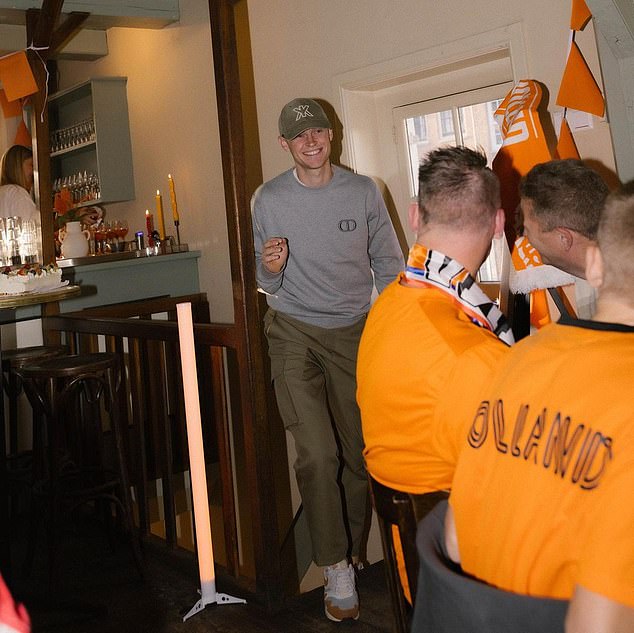 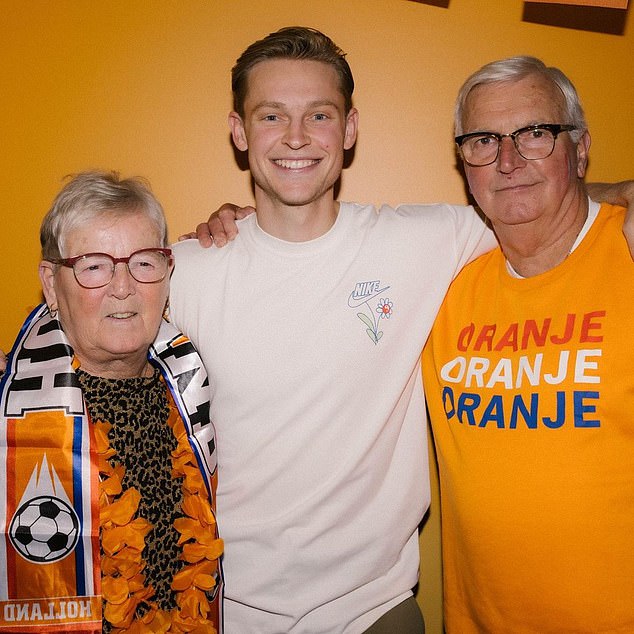 ‘How my last day in Amsterdam looked like, surprised by my friends and family,’ he wrote alongside the images.

De Jong had a difficult start to the season after being strongly linked with a move in the summer but has since regained his place in Barcelona’s first team.

And he will be a key figure if Holland are to make it to the latter stages of the World Cup.

They have been drawn in Group A alongside Senegal, Ecuador and Qatar.

They are favourites to finish top of the group and have been given odds of 14/1 to go the whole way. 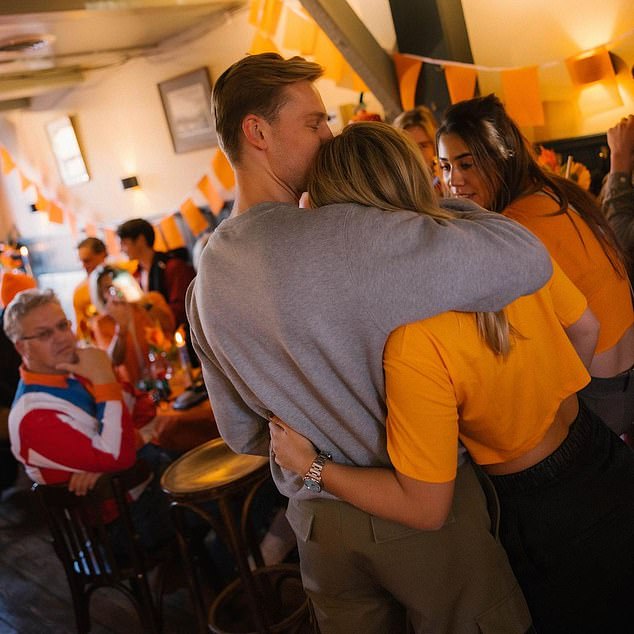 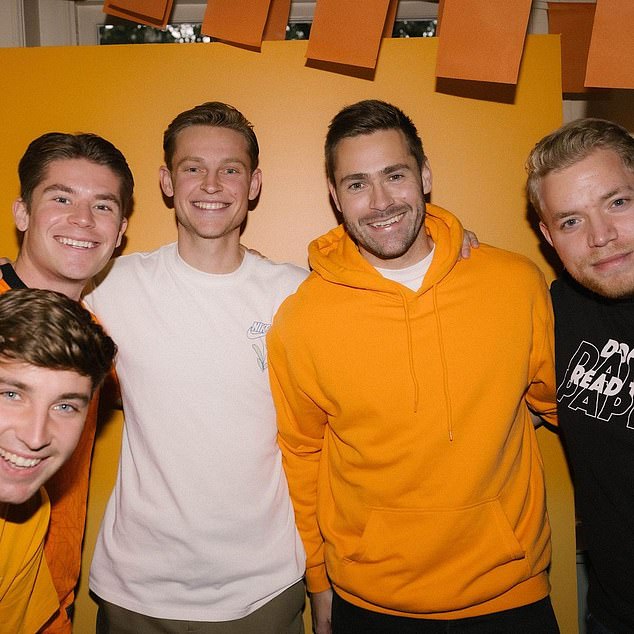